The web industry may seem so giant, but what you may not realize, is that there are only a few different places a web developer or designer could work in their respective fields. It essentially boils down to three different places web designers and developers can use their talents - web applications, websites and mobile apps. All three areas require designers, front-end developers and back-end developers, although often designers are also front-end developers. It's also possible for a developer or a designer to be a part of all three of these areas, especially if it's for a larger corporation that may need websites, web applications and mobile applications. Many of the skill sets needed to complete these tasks can be applied to any of the three, it's just a little less confusing to think about them separately, even though they sometimes merge.

Simple sites, like for local restaurants or weddings, are usually static websites. All that means is that they don't need to be updated unless it's time for a redesign. There's not a way for the owner of the site (unless they happen to be a developer) to easily update the content. A back-end Content Management System (CMS) is required to update the site. If a CMS is used, then the site can no longer be considered a static site, since static means that it stays the same. Text editors and the languages HTML, CSS and JavaScript are used by web designers and developers in websites. A lot of in depth programming isn't necessary to build a website.

Most of the websites that you interact with on a daily basis are technically dynamic web applications. Sites like Facebook, Groupon, Pandora and even Digital-Tutors can be considered web apps. An easy way to tell if it's a web application even if it looks like a website is if it's something that's very interactive. Web applications and more complicated than they might seem. They store information that is constantly changing, like adding blog posts, or making it possible for users to upload, change, and delete photos, since the user interacts with it somehow. Web apps also require a database, which is something that stores all of the information in the site, like your photos or even username and password. These types of sites need strong back-end development if they're to be successful. Powerful languages like PHP and .NET are used, along with HTML and CSS.

A web designer or developer could also work exclusively on a mobile app, like Instagram or Snapchat. The mobile aspects of design and development can be entirely different from web apps and websites since they often carry their own languages, like Apple's Swift used for iOS applications. Creating mobile apps can also be frustrating, since rules must be followed whether the phone is an Android or iPhone. Working cross-platform is also much more difficult than just making sure your site looks and behaves the same on different browsers. This is why you often don't see new apps released at the same time in Apple's App Store and the Google Play Store and why an app might look slightly different on an iPhone than on a Samsung Galaxy phone. The developers have to work with the rules set out by the devices. For example, iPhones do not have a physical "back button" whereas almost all Androids do. Initially, this might not seem like a big deal, but it means that the code has to be written in such a way that the Android user can use their back button and the iPhone user has an option to go back on the screen. If you decided to get into mobile app development, you first should decide which device you want to develop first. For iOS development, for iPhones, you'll need to learn different programming using Xcode with Objective-C. Also, after you've submitted an app to the App Store, Apple needs to OK it before anyone can purchase it. If you decided to develop for Android, you'll probably use Eclipse or Android Studio, which is an Android development environment, with Java. Mobile app design and development have become so much of its own world that some schools, like Algonquin College and Full Sail University, offer degrees just in Mobile Development, separate from their Web Design and Development Degrees.   Once you can figure out what you want to create, you can learn from Digital-Tutors and Pluralsight together to create any one of these iterations in the web industry. If you'd like to learn more terms about web design and what they mean, we've compiled a PDF of common terms you'll come across in the world of web design: 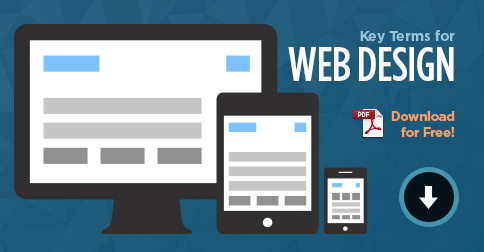