There's so much blending of styles going on now in the motion graphics world, it's hard to keep up with where the line is drawn between 2D and 3D. In this article, we'll take a quick look at the four main categories for this blending of styles. You may wonder how this trend was born. While there are a lot of contributing reasons, there are a couple that seem to be at the forefront. One being that artists will always be pushed to come up with the next big look. Two being that artists are asked to do more and more every day which requires a broader skill set. Put one and two together and we have a cross-pollination of two worlds fusing into one big motion extravaganza. We see combinations of footage with 2D and 3D elements composited in all types of iterations. At some point the lines begin to blur and it's hard to tell the difference when you ask yourself, "How'd they do that?!" For the sake of this article let's define that live action footage is 3D. Meaning that we live in a three-dimensional world and it is only 2D when we flatten it into footage. We can however, still see that the images have depth. Let's dive into the different types, and deconstruct some methods for achieving these looks.

This is one of the oldest and most common forms of blending 2D and 3D motion graphics. The 2D image being the flat text or graphic which is simply overlaid upon live action or 3D footage. Sometimes you'll see this style applied with some 2D tracking that will allow its position and/or rotation to follow along with an element in the shot. This look is very easy to achieve in layer-based compositor like After Effects. Simply place the 2D layer on top of the footage layer in the stacking order. If you'd like the 2D layer to follow along with the 3D image, simply track a prominent element in the footage and apply the data to the 2D layer. 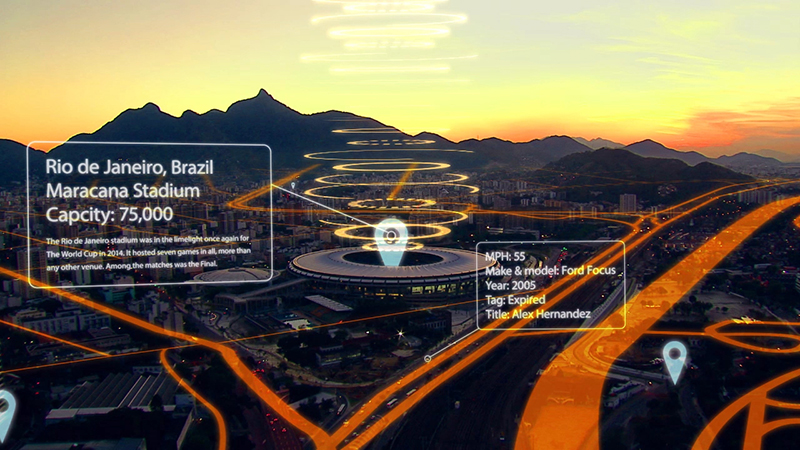 This is a slightly more involved process for integrating these types of 2D graphics with the footage. Usually these types of graphics have more compositional relevance to the shot because they must directly interact with elements as they move in the 3D. It's only in the last few versions of After Effects that one has had the ability to do a 3D camera solve in order to integrate graphics with the 3D information of the shot. Often times, when a shot like this is composited in After Effects, you'll see primarily 2D graphics being used. This is because the material options for After Effects 3D layers are still limited compared to a full 3D package. For this reason, we have seen a large up-tick in the 2D graphic integration into a fully 3D moving scene. Technically, these graphics are 2.5D because if the camera were to be looking at the image from the side it would appear to have no depth, like a piece of paper. So the images have a 2D looking texture but 3D movements when working with the camera.

Video "Sick Niklas" Owned by Ola Tandstad. All Rights Reserved
check out the original on Vimeo[/caption] This style requires skill in combining hand-drawn elements with live action footage. Think along the lines of Who Framed Roger Rabbit. Examples of this can be seen at many different levels of integration, however. When it comes to motion graphics you'll see this cell style animation either simply super imposed over an image or you'll see the element actually interacting with the action in the footage. In the example above you can see how much planning had to go into the original shoot to make it a success. You must plan where your actor will be so that the 2D images can properly interact when they are combined. This type of workflow has a few ways it can be done. One way is to encode your live action footage as an FLV and bring it into Flash to create the drawn-over effect. The video must be FLV format to be scrubbable in Flash, however, at the time of this article, After Effects CC 2014 and Adobe Media Encoder CC 2014 no longer support the FLV or F4V formats. A work-around for this is just to use any previous version. Another way to achieve this look is to use ToonBoom. It has a much easier import process for the video and you can easily draw on top of the frames. What ever you choose (even be it Photoshop or pencil and paper) this look is a major trend right now. 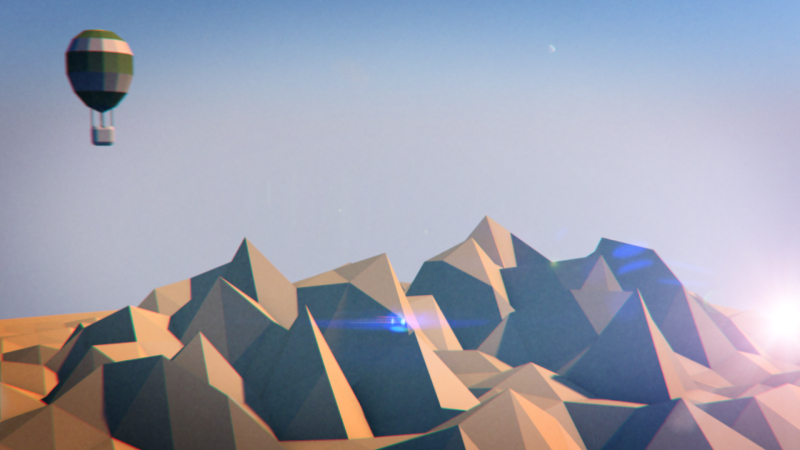 This style is one with many variations and shows the most blurring of the line between 2D and 3D. It's usually achieved in a 3D application with 3D models and animations. It's textured however to catch the lighting in such a way that it has a very flat look. This look is very present in the currently super-popular low-poly look. To texture your 3D models to look more flat in CINEMA 4D for example, try plugging the color you'd like to use into the luminance channel rather than the color. To go even flatter turn off the specular channel. If you're going for that low poly look and want those facets to show up, try deleting the Phong tag, This will reduce your smoothing and give you that low-poly, somewhat vector look. All of these styles are popular, and they continue to change and impress us with inventive combinations of further blending 2D and 3D motion graphics. The more demands we see on artists to be jacks of all trades, the more we will continue to see these hybrid realizations of what motion graphics can be.