The Critical Importance of Visual Development for Your Creative Projects

Whether you're working on an animated feature, video game, or any other form of consumer entertainment, the visual development process is a stage in production where imagination, creativity, and teamwork come together to lay the foundation for the final components of your project. During this stage of production the communication amongst your creative team is paramount. Everyone must come ready to play together with the goal in mind of winning together. If your creative team is already presented with the story for your animated feature or video game then brainstorming and establishing visual parameters should be the focus of your first meeting. This is where ideas can be tossed around on what the characters and the environments could look like. Everyone should be willing to contribute ideas and accept feedback. Keep in mind that during this phase nothing is nailed down visually unless a script describes it with great detail. Even then things can change. 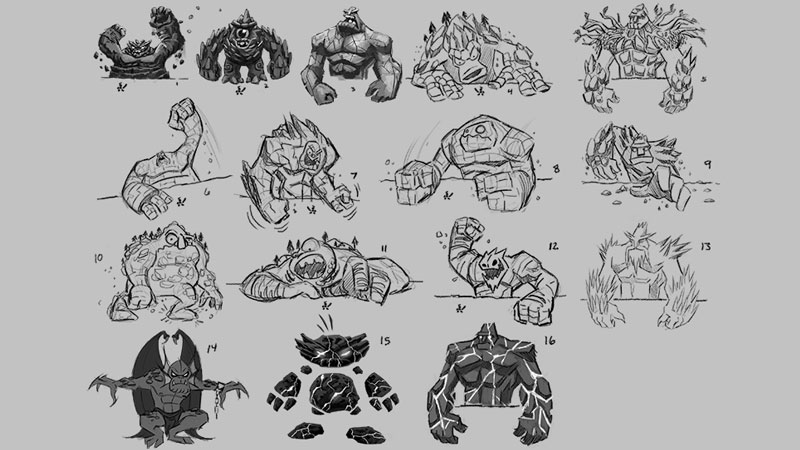 If you're presenting an idea for what a game boss might look like, don’t become overly attached to it. As artists you'll need to evolve and accept constructive feedback when it comes to ideas and concepts. After your initial meetings, you can begin to create concepts based on the visual parameters established with your creative team. It's important to incorporate these visual ideas presented and agreed upon in the meeting. For example, if your creative team agreed that the game boss is going to be a giant rock monster and you show up with designs that look like sea monsters then clearly there has been some sort of miscommunication. This could result in the team being set back on the project. It’s important to remember that you're creating concepts for the project in question along with others on a team and not in a vacuum according to your own vision. 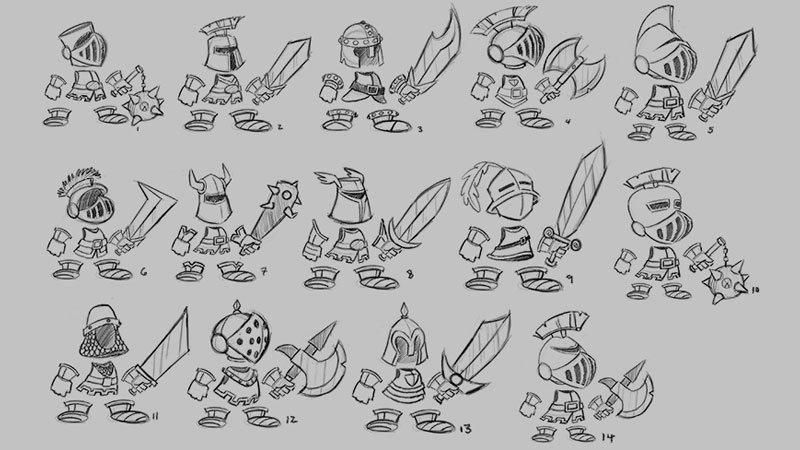 In addition to following the team’s visual parameters, you should also strive for variety across your designs. If one of the visual parameters is a whimsical style for a hero character that’s also a knight, then you'll want to create multiple designs that fall within the style where each concept looks different from the other. For example, you could sketch different shapes and designs for the helmet, weapons, gauntlets and so forth. This provides your creative team with plenty of visual ingredients to pull from during your follow-up meetings. Once you've created a variety of concepts for characters and other environmental components, then the entire creative team can begin to discuss and provide feedback on what they see. Again, you don’t want to be overly attached to any one design. It’s important to remember everyone should be focused on receiving the concepts presented and evaluating them with the goal of creating the best possible design in the end. Sometimes members of the team will point out elements of certain designs that they find appealing and would like to see incorporated into the final design. Often your variety of concepts will also spark additional ideas that could be worked in to improve the final design in a way that fits more appropriately with all of the other visual components of the project. This is where you'll want to take careful notes on the feedback provided so you can return with the appropriate revisions. 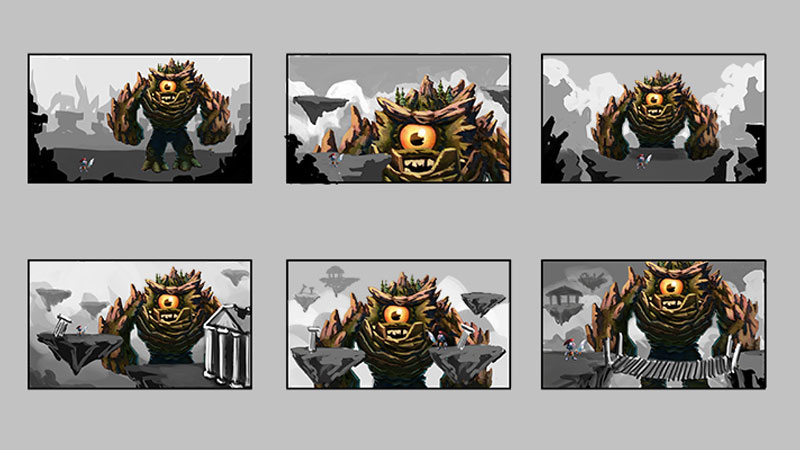 Storyboarding is also another component of the visual development process. A script can be visualized across individual panels and ultimately be organized into scenes, sequences, and acts. Storyboards are meant to be quick and loose and provide the team with an idea of how events can unfold sequentially. In some animated features, storyboards can become the script itself. Once all of the pieces of the visual development process have been finalized and approved, they are handed off to the next stages in the production pipeline. These stages could involve anything from 3D modeling and sculpting, animation to level design prototyping, engineering, and just about anything in-between. Every production pipeline will vary to some degree depending on the project at hand. Regardless of the stages that follow, the visual development process is an important one because it lays the groundwork for everything visually that will be constructed for the final product. Ultimately, any visual development process involving a team will only be success if there is a strong willingness to communicate constructively.