From Destructive to Constructive in Photoshop

Photoshop wields a lot of power when it comes to creating, editing, and manipulating imagery. But even with all of it's wizardry you can still reach a point of no return when it comes to the visual outcome of your work. Whether you're retouching some blemishes on a portrait, removing distracting elements from the background of a photo, or crafting an epic matte painting, working non-destructively is paramount. This is especially important when making changes to your work based off a client, firm, or studio's request. If you're workflow is destructive you'll find it difficult to go back in time to make revisions. So if your flux capacitor is broken, fear not. Photoshop provides plenty of options that allow you to traverse the space time continuum of your work so that you can right any wrongs with your project or change the course of your progress. So let's take a second and talk about what happens when you don't work non-destructively. Let's say your cloning out some unwanted elements from an image per the request of your art director. You grab the Clone Stamp Tool and begin to work your magic. After about an hour you're satisfied with the results and you yell "BOOM", dropping the Wacom stylus like you just won an epic rap battle, followed by saving and closing the file. You send the edited image to your art director who then requests that some of the elements you've cloned out need to be restored. You open the file up and realize that you were working on the background layer the whole time. You frantically navigate toward the History Panel in hopes of undoing what's been done. Sadly, in the end there's no going back. You've wasted a lot of time and money. You're only option is to begin again. 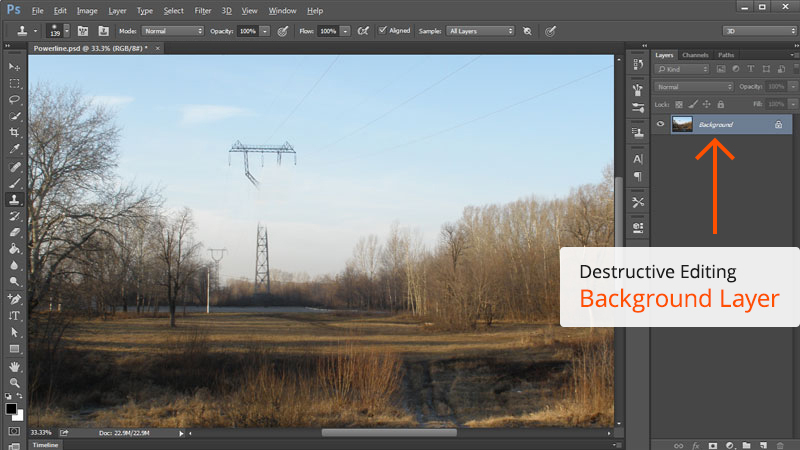 If you're relatively new to Photoshop but still have an understanding of the overall interface and some basic tools, then the first step to really working non-destructively is by working across multiple layers. So instead of applying permanent edits to the default background layer, try to applying specific edits onto different layers. For example, if you're using one of the healing tools to remove some unwanted elements from an image you can create a new layer, make the desired edits, and have them sit independent of the original image. You now have the freedom to not only make comparisons by toggling layer's visibility, but also to scrap the layer containing those edits all together if you choose. The original image remains untouched. In the case of using a healing brush for example, you'll want to make sure that it's Sample option is set to "Sample All Layers" in the options panel. This will allow you to sample pixels from all visible layers in the layers panel and apply them to the layer you currently have selected.

Now let's say your creating some sort of photo-manipulation for an advertising campaign. Your goal is to weave several pieces of imagery together to create something eye-catching. So you begin bringing in your separate images onto individual layers. As you begin to decide how to weave everything together you'll undoubtedly want to remove portions of some images. A truly destructive approach would be to use the Eraser Tool to do this. This would permanently remove any pixels you erase from a layer you're working on. The best approach is to use Layer Masks and mask out any area of an image you want. In doing so you're not permanently removing any pixels from the image but simply hiding them under a veil of sorts. This gives you the freedom to bring back portions of an image you've masked out at any time. To add a Layer Mask to a selected layer simply click on the Layer Mask button at the bottom of the Layers Panel. You can then use your brush tool with a foreground color of black to mask out any areas of your choosing. You'll see the edits your making represented on the thumbnail for the mask itself. Anything in white is completely opaque while anything in black appears to be completely transparent when masked out. Additionally, any value in grayscale that's used to paint on a mask will result in varying degrees of transparency. 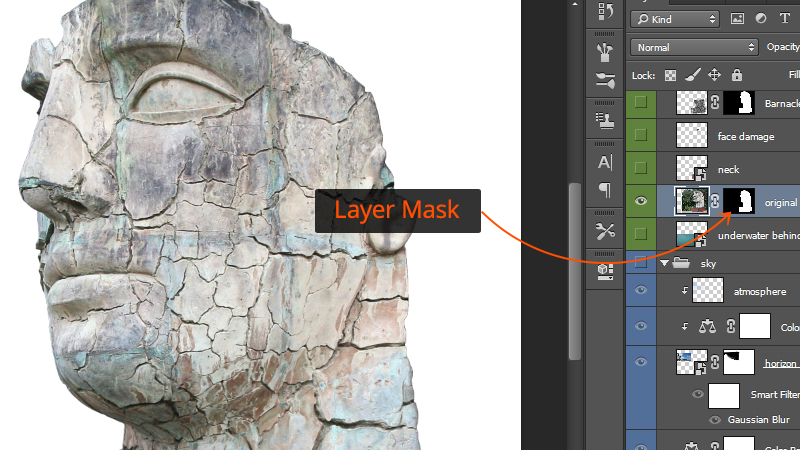 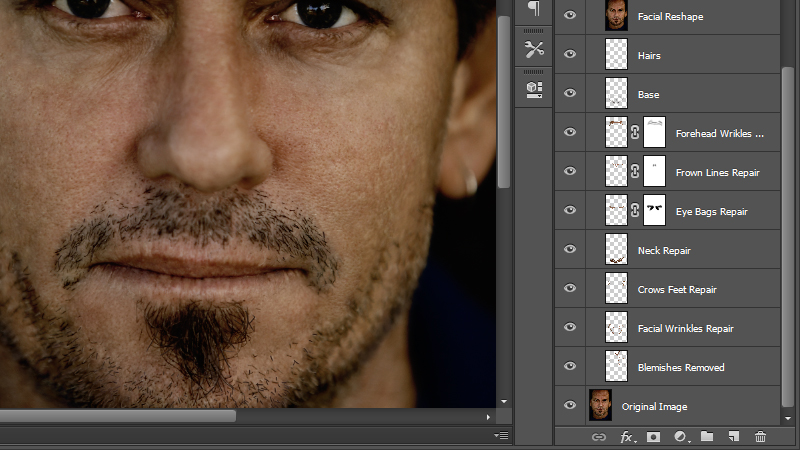 By converting a layer to a smart object you're allowed to keep making changes while maintaining it's original untouched form. For example, you can easily apply filters a smart object and continually make modifications to those filters as many times as you want. Having a layer a Smart Object is also beneficial when it comes to transforming it. For example, let's say you decide to scale a layer down and back up again multiple times via free transform (Ctrl+T). Eventually you would begin to see a lot of pixilation occur as a result of such a manipulation. However, if your pixel based layer is a smart object, you could scale it down and then back up to its original size as many times as you fancy without any loss in quality. To convert a layer to a Smart Object simply right click and choose "Convert to Smart Object." 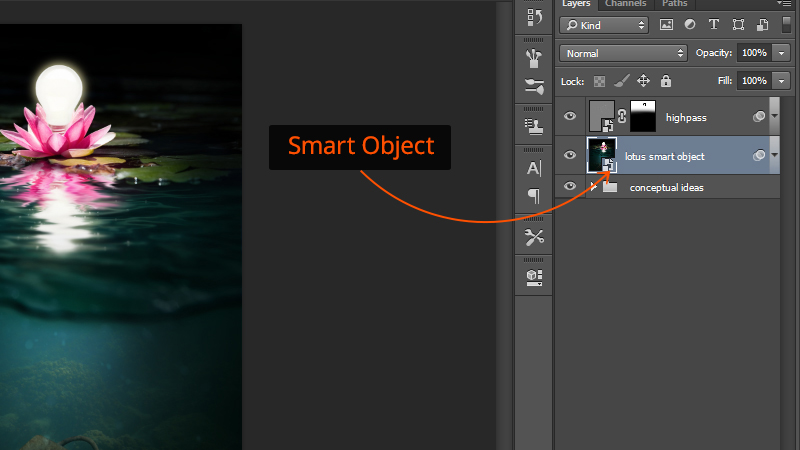 Another great addition to Photoshop CC is the ability to use Liquify with smart objects. This alone saves a lot of hassle with creating duplicate layers and merged copies when attempting to work non-destructively in Photoshop. Finally, Smart Objects can also be linked across multiple project files. So for example, if you need to make a edit to a logo that's part of a brochure design in one file in addition to a number of other projects you're working on you can easily have those edits applied across all of your projects containing that logo provided they are Linked Smart Objects. This removes the nightmare of having to manually make those edits to numerous projects which could result in some inconsistencies or perhaps destructive changes. There are many other workflows for working non-destructively in Photoshop, but if you start with these you'll be on your way to a brighter future with the power to change the past.