What Does a Web Designer Do?

So you've decided that you want to be a web designer, but you're still curious about what all that entails. What is it like to be a web designer? And what does a web designer do? Well, the real answer is, "it depends." There are a lot of different jobs that are described as "web design" jobs. Some web designers never touch any code. They just create the assets for the website completely in a design program. They work on the layouts and wireframes and design things like icons and graphics for the site. When they've finished their design, they'll send it to someone who's often called a "front-end developer." The developer will then look at the design and cut it up into HTML by identifying things like navigation, dividers, articles and sections. Then they'll write the CSS to make the design look like the design the designer created. The web designer who doesn't know code or at least understand its purpose isn't as popular of a model anymore. It'll work much more in your favor if you can both design your site and create the HTML and CSS for it. Bonus if you know JavaScript too! It's important to understand the design limitations of the web, and one of the best ways to do that is to understand why the browser spits out your code a certain way. A lot of times, web designers are also front-end developers. Pretty much the only thing that's clear is that someone who identifies as a web designer doesn't usually work with server-side or back-end languages, like PHP or .NET.

Sometimes, a degree isn't necessary to get the job that you want. It's especially not required if you decide to take the freelance route. The most important asset to a web designer is experience. You need practice to get better at designing, so make up some fake sites if you need to. The only thing you really need to do your job is a computer, so you could literally work anywhere that you can take your computer. There are tons of web designers who freelance, and a lot of web designers can work remotely. You'll need to be familiar with some sort of major design software, like Photoshop. In addition to understanding design principles such as color theory and the rule of thirds, great web designers also understand HTML, CSS, and JavaScript. Really awesome ones start to at least know enough about the back-end (languages like PHP, .NET, and Ruby) to understand their purpose and what they do.

Often, there’s a lot of planning involved in web design. It’s so much easier to decide the colors, font styles and layout before you begin any sort of work in Photoshop or a similar program to start making your design comps for the client. Mood boards, style guides and wireframes are extremely important. If you don’t like to think before you act, web design might not be for you.

The technologies used in web design are constantly changing, so web designers have to try their hardest to stay up-to-date with all the newest technologies. Reading credible blogs and finding places that report on web news is important, because clients will expect the newest and best technology that you can offer them.

Also, web designers love to talk to other web designers. And there are a lot of different communities that you could get involved in, whether it’s online, like a Google+ group, or a local Meetup. Web designers are almost always willing to help each other as well, be it on Stack Overflow or just questions with other documentation. 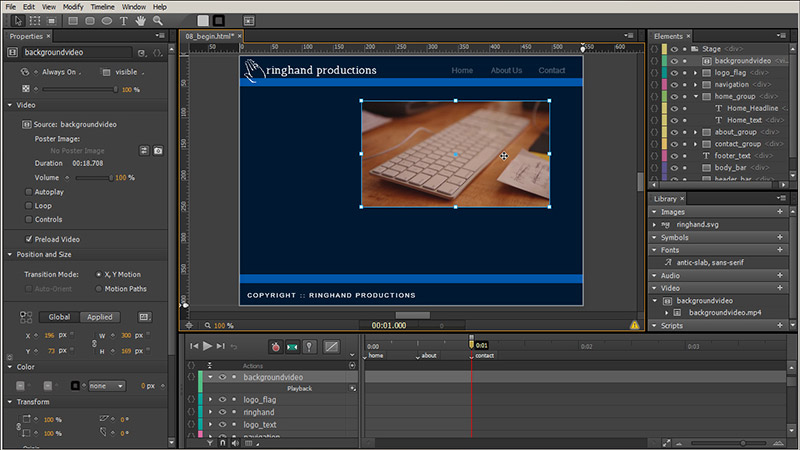 Web designers need to know code. There’s no way around it. You might want to use Adobe’s Muse or Edge series (like Edge Animate ) to make a website, but that won’t help you if something goes wrong. You need to understand at least the basics of what’s happening with your code.

You don’t have to decide what kind of web designer you want to be right away. Often, it’ll fall into your lap, either because you want a specific job or you have to learn how to do something yourself. The main thing to remember is that web designers are always learning and working to improve their work for their portfolios.