Word Crimes: Some of the Best Kinetic Type Yet

Weird Al Yankovic is back, and with his newest parody called Word Crimes, we get a music video that's a great example of kinetic typography. Check out the video if you haven't seen it yet! Jarrett Heather is the Sacramento artist, musician and software developer behind the video. He created this amazing piece of work over the course of 500 hours! Check out Heather's personal website for a breakdown of his process. The video was also called out by Adobe Premier on Twitter, for Heather's outstanding work and thorough breakdown. We would like to take a moment to highlight our own take of a few of our favorite effects that he created. These are After Effects techniques that we are going over, but Heather also used Photoshop, Illustrator, and Premiere to make this happen. 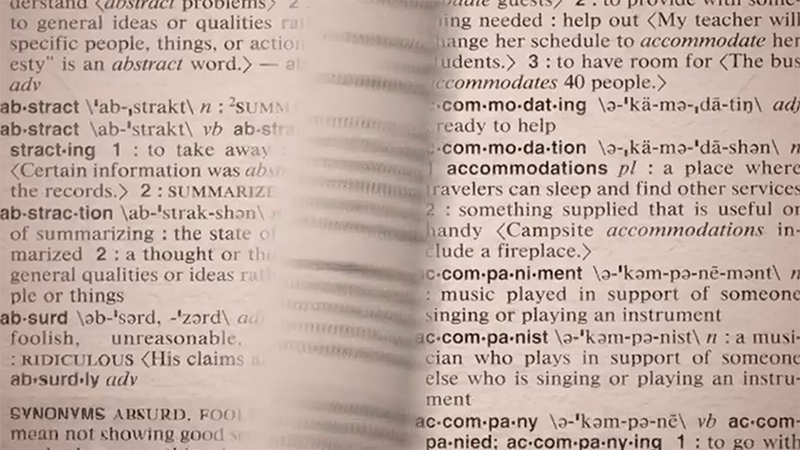 This effect is an oldie but a goodie. It can also be used in really cheesy ways that feel overdone. When using this effect, it can simply be chosen from the Effects and Presets under the name CC Page Turn. By default this effect has an extremely strong and somewhat fake looking highlight. Clearly in the music video, Heather was showing off dictionary pages which generally aren't shiny so he opted for a more subtle approach. The CC Page Turn's shiny effect can be quickly edited by changing the light direction. 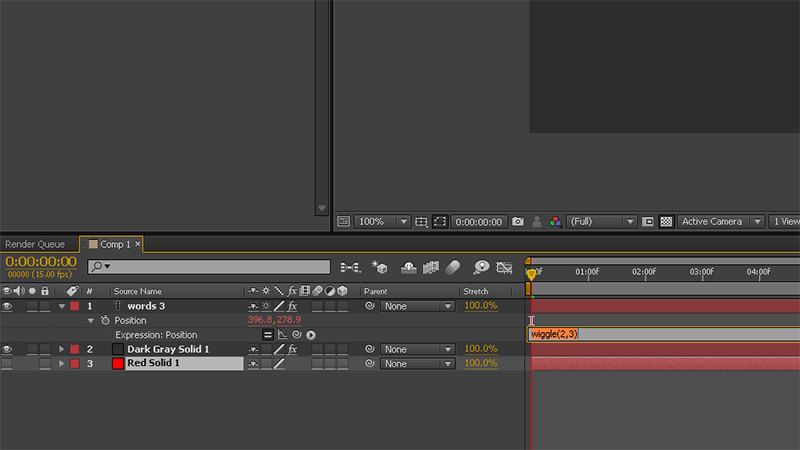 Most of the text has a very subtle wiggle added to the position property of the letters. This is one of the easier expressions to learn when getting into this powerful side of After Effects. Simply ALT + Click the position property stopwatch of the word you'd like to wiggle and a dialog field will open on the timeline. Type wiggle(2,3). Now, let's break down what those numbers mean a little bit more. The first number is the frequency. This number will control how may wiggles per second will occur. The second number is the amplitude. This number will control how many pixels the type will wiggle. So in the above example we will see two wiggles per second with a movement of 3 pixels at most.

[vimeo 101120955 w=800 h=450] So often we see kinetic type that doesn't even try to follow any part of the 12 principles of animation. This video however, does an excellent job of subtly incorporating the powerful rule of recoil. When an object abruptly stops it will usually move backward in the direction that it came from. Look it up, it's science...or physics rather. This video relies on very quick moves and fast stops so seeing the use of recoil is a great way to avoid this type of animation looking choppy. To achieve this look, simply have a keyframe a few frames before your final keyframe that pushes the text slightly further than you intend. This way when it stops it will still be in the position you want. This method also makes it easy for you to go back and add recoil later without making a mess of your timing. You're simply adding a third keyframe between the two original ones. For a more in depth look at this technique, check out this lesson from our course Logo Animation for Motion Designers in After Effects.

We've already discussed the wiggle but using it on a word that also has split channels is a great way to push this effect even further. To make your text have that look that there has been a glitch in your monitor, or some sort of aberration you can use the Set Channels effect. Simply duplicate your text layer and add the Set Channels effect to both layers. Then you'll set one of the layers Red channel to None. The other layer you'll do the inverse, setting the Green and Blue channels to None. This will allow you to have a channel that appears red on one layer and a channel that appears as a combination of blue and green on the other layer. The next step is to change the blending mode of whatever layer is on top to Add. Then slightly scale up one of the layers to show the shift. 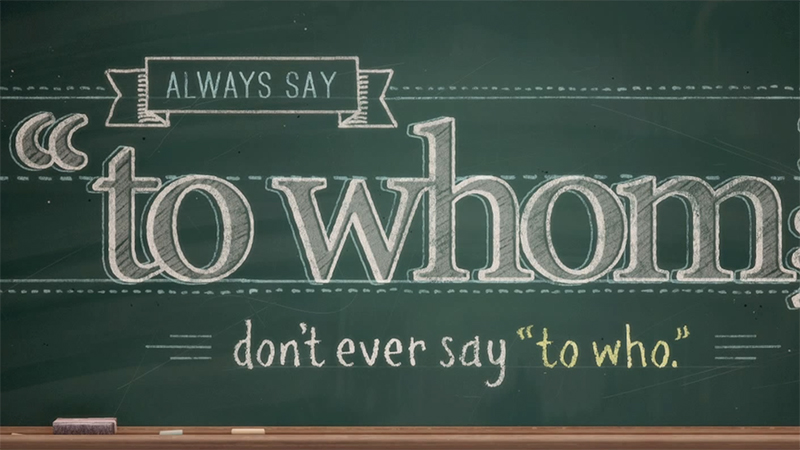 There are too many ways that masks have been used in this video to even begin to break them all down. However, the main thing to take away from it is that when you have a fast paced video like this you should know what you can get away with as far as using large sweeping masks and when you need to individually trace characters to make them appear as if they were truly being written. Large masks are faster to animate but far less accurate. However, if you know your animations will need to be lightning quick, should you really put in the time to hand animate each stroke? You'll have to be the judge of when to skimp on the detail of the masking but to learn both methods check out our course that uses many different ways of revealing and exiting this type of line work. This video has so many other subtle effects we haven't covered here but our hats are off to Heather with his attention to detail and wonderful work. Are you impressed by kinetic type? Do you have links to your own masterpieces of communication? Tell us all about it in the comments below!