3 ways Mad Max: Fury Road's visuals are better than most

© 2015 Warner Bros. Ent. All Rights Reserved[/caption] The Mad Max films are admired for their harrowing vehicular stunts, over-the-top weaponry, dark themes, and outrageous characters. And from the looks of Fury Road's trailers, the newest release probably won't disappoint. However, the film also surpasses its predecessors admirably when it comes to its overall filmic look. Here are three reasons why we think Mad Max: Fury Road may be the best looking action film this year:

For fans of the franchise, Fury Road's open, flat wasteland settings and super-charged, over-the-top vehicles are a familiar and delightful site. There's something captivating about the contrasts Miller's accomplishes within his mise en scene. His post-apocalyptic cars, trucks and motorcycles are all intricate machines, pieced together, re-purposed and twisted into monstrous works of art whose aesthetic is as powerful as their roaring engines. [caption id="" align="alignnone" width="800"] 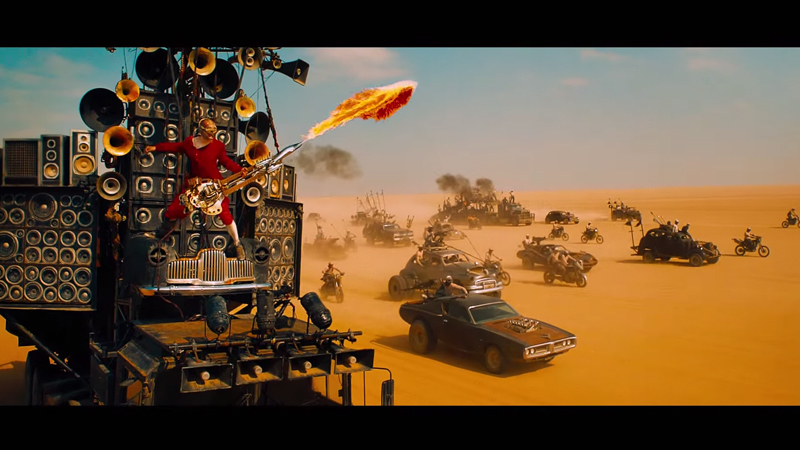 © 2015 Warner Bros. Ent. All Rights Reserved[/caption] What underscores their presence, however, is their placement within a desert setting whose empty stillness creates a sharp contrast to the complexity and speed of the explosions, jumps and crashes. It's only when someone is thrown from a vehicle or when two cars collide head on that we're suddenly reminded of the speed at which these events are taking place. Their movement is thrown into sudden relief; its emotional impact amplified. Miller proves that one way to effectively focus your audience's attention on the action and characters is to diminish the background's importance--not through short focal lengths, but complete absence! Such starkness is refreshing. It's also rare given that many action film fight scenes usually take place in major metropolitan venues, their backgrounds filled with the flurry of fleeing survivors and collapsing buildings. [caption id="" align="alignnone" width="800"] 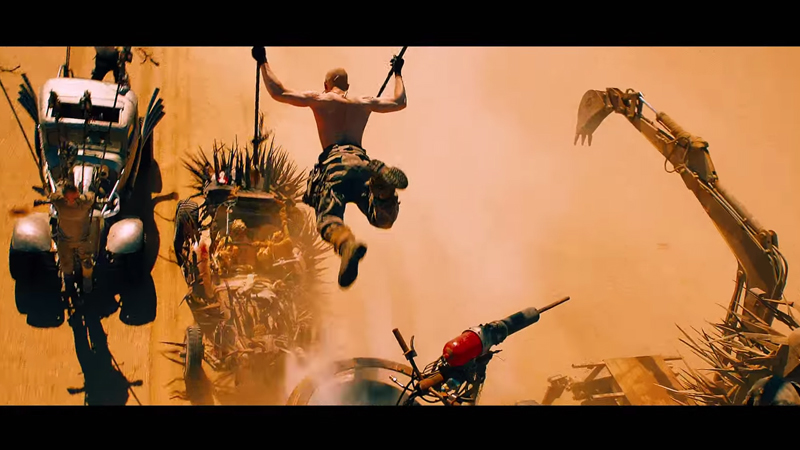 Another way Fury Road looks different from many action films today is its heavy use of practical effects over VFX. Although the film's IMDb page lists a healthy dose of visual effects artists, it also sports a large showing of stunt personnel. [caption id="" align="alignnone" width="800"] © 2015 Warner Bros. Ent. All Rights Reserved[/caption] In a recent Uproxx interview, Miller explains his reasons for using some many practical effects on the film despite the added costs was for purely aesthetic reasons. "Your brain knows. We are very, very skilled at watching, no matter how good [VFX] is. And this is a film that does not defy the laws of gravity – there are no flying humans or spacecraft – so it really had to be old school...It was real vehicles, real people and real desert." [caption id="" align="alignnone" width="800"] 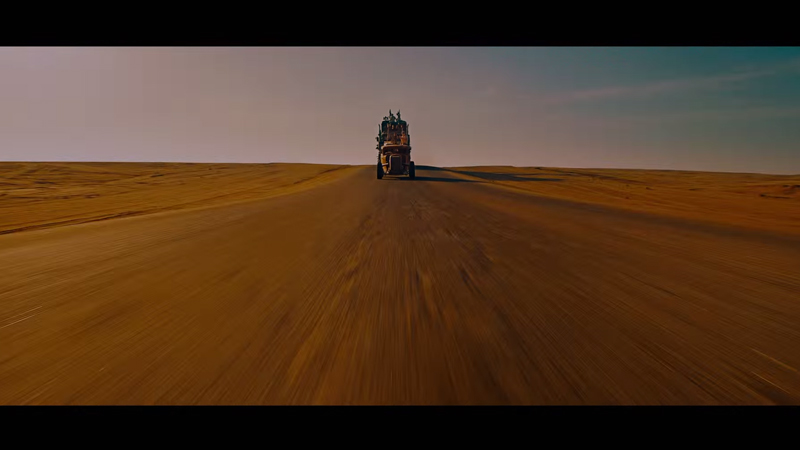 © 2015 Warner Bros. Ent. All Rights Reserved[/caption] Miller's comments suggest a need to deal accurately with real world physics, something VFX is often criticized for representing inadequately. There are no hobbits or super heroes performing acts for which we have no reference in our worldly experience. But we do know how a car wreck should look and feel. Miller's statement implies that practical effects helped keep the action "grounded" in reality, which may help sell the film's story overall.

Another important part of Fury Road's aesthetic is its color grading, or lack thereof. There seems little evidence of filtering and bluish tones that have become popular in VFX heavy films today. Instead, the images are crisp and clear with blue skies, brown earth tones and skin complexions coming through in realistic ways. [caption id="" align="alignnone" width="800"]

© 2015 Warner Bros. Ent. All Rights Reserved[/caption] Again, the emphasis seems to be on creating a realistic, grounded look to the shots keeps actions and characters foregrounded. The effect of seeing such chaos set against the cloudless cobalt blue skies creates a contrasting mixture made from equal parts beauty and horror. [caption id="" align="alignnone" width="800"] © 2015 Warner Bros. Ent. All Rights Reserved[/caption] However, one cinematic flourish the film's creative team seems to have enjoyed exploring is the look of explosions and fire. Of course, there will be fireballs. It's Mad Max. But some of the trailer images show intensely red, almost blood-like coloring within the normal yellowish-orange explosions.