There are some rules that most game designers can agree as being standard across all genres. However, each designer is different and brings his or her unique perspective to a project. Although many rules are the same for most, some of the best tips and tricks can come from specific approaches that individual designers have learned over many years of trial and error. During a game design session at GDC, a few lucky members of the crowd were treated to 5 helpful tricks by five professional designers that everyone can utilized in their next or current project. The following is a brief synopsis of each.

The topic of Laralyn McWilliams' talk sounds difficult, but the concept is pretty straightforward: design your game's system around players' emotional needs. Many of us think of our game's system as mostly including the reward mechanics. The player presses this button, and this happens. They kill this boss and are rewarded with this weapon, etc. However, McWilliams argues that player's emotional needs can be viewed as a game system in itself. In fact, she argues, it is the most important one. That's because in the end, a game's success depends on satisfying a player's needs. 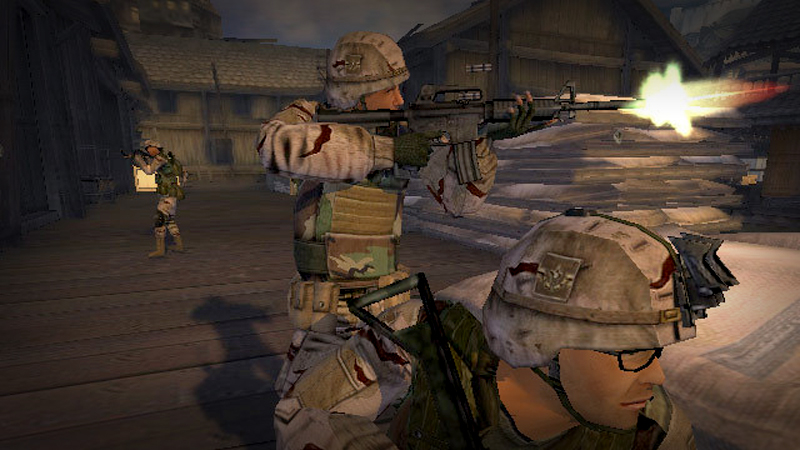 McWilliams explained how she begins her design process by listing all of her players' emotional needs such as: Next, she tries to design the player's interaction around these needs. For example, in Full Spectrum Warrior, she explained that having a need to progress was usually accomplished through playing through levels. However, the need to feel attachment to others involved connecting players with the NPC's. For this she included elements like combat chatter where team members called to each other by name. This create a deeper emotional connection with the player. However, during play testing she explained that the connection being built between players and NPC's was resulting in players reloading the game as soon as an NPC soldier died. What was missing was a reward that helped satisfy the player's need to feel connection. So a reward was instituted where when a soldier was severely injured, the game kicked off a top priority mission to get the soldier to a medical hospital. The result was that the players stopped reloading the game because their feelings for the other soldiers were being extended/rewarded by another mission. Creating an emotional system along with your mechanics can reveal a lot about what your game should be doing to satisfy player needs and prolong their involvement/immersion. It also creates opportunities to be creative. For example, how do you level up a player for socializing? How are players rewarded for being an individual? Both are important player needs as well. Finding creative ways to answer these questions can help make your game a success.

If you have a hard time watching bad movies, Chris Avellone, suggests you reconsider their value for game design.  Avellone gave an entertaining survey of his experience with "bad" movies like I, Frankenstein, Cube, The Darkest Hour, and Twilight, and argued that they can be great sources of inspiration for finding creative and unique features for you games.

"Take what you would consider to be crap or a negative experience," he explains, "and find a way to transform that element into something that people love. Chances are you'll make a really good game element out of it". One of the examples he discussed was the movie Cube where a group of people are thrown into a series of similar prion cells. Each has a special individual ability that when used together they can solve the Cube. Avellone said that he actually used a variation of this situation in Planescape: Torment. Avellone even watches movies on his tablet so that he can take screen shots to give to art directors as reference. In addition, he advises, "you should always watch the special features for any movie that you watch."

Dan Teasdale of the Rock Band series discussed the design theory of the "magic number." The number 3 is a popular number that can be seen in all types of game designs like the the number of starting lives, the number of Angry Birds stars, etc. "There's clearly something to this number instead of random coincidence...It turns out it stems with how the human brain deals with information," Teasdale explains. 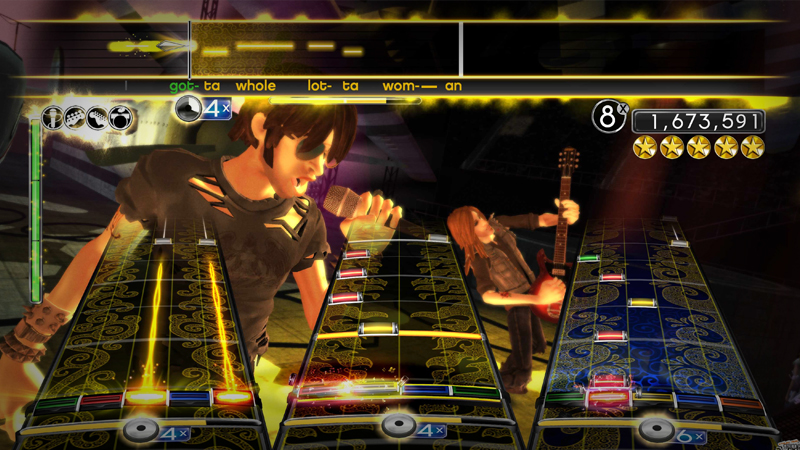 The idea is that we can only remember 5-9 pieces of information in our short term memory. This also suggests why the #5 is also a popular number in games. Cognitive theory also says that we "chunk" information into parts. These chunks are ideally formed in 3 units each. So, 3 chucks that can carry 3 items each equals the optimal amount of information (i.e. 9). After short term memory processes information (about 30 seconds) it goes into intermediate memory for 2-3 hours, and finally into long term memory. How can you use this to improve your game design? Teasdale suggests a no brainer is using it for UI design. Instead of a vertical list of 5 menu options, you can split it into two chunks--one with immediately important data and a sub-category of lesser important ones made from 2. Magic groupings can also be used to make play more challenging. This could be as easy as spawning 2 groups of 4 enemies as opposed to one group of 3. Players would find the former more challenging because their memory would struggle slightly more keeping up during combat. Teasdale cautions that the rule of 3's only works for elements of your game that are "perceivable" by the player not hidden aspects.

4. Fight for the Little Things

Kim McAuliffe argues that even the little things within a game's design can have large impacts on its success. One major reason for this, she argues, is that elements that may see insignificant can have social currency. She used Snapple's trivia facts on their bottle's lids as an example. "The little special things that people find entertaining are what people want to talk about because it makes them feel special." She also points to a small element within the game Sims 2 for DS. Originally, in the game you can interact with the town's cows, but only to get milk. McAuliffee thought there was an opportunity for more unique interaction with the cows. So, she introduced "cow tipping" with the added clever feature of achieving a milk shake as a reward. 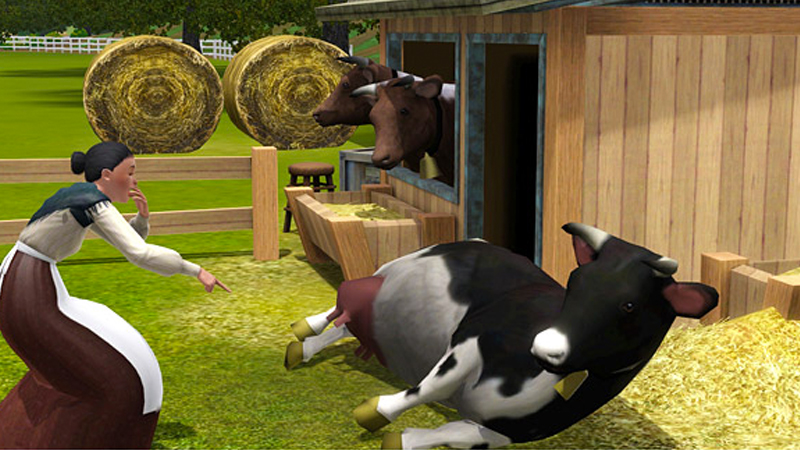 5. Don't Try and Evaluate Your Own Game

Nels Anderson talked about why it's so hard to evaluate one's own game. "When you're designing a game," he states, "you have all of this knowledge in your head about how the game works. But there's a problem with that because it's actually impossible to for you to strip that knowledge back out of your head. Our perspectives as designers is wholly tainted with this dark knowledge about how the game works. This is a problem because players who don't have that knowledge still need to be able to play your game, and they need to be able to do it without you explaining it to them." 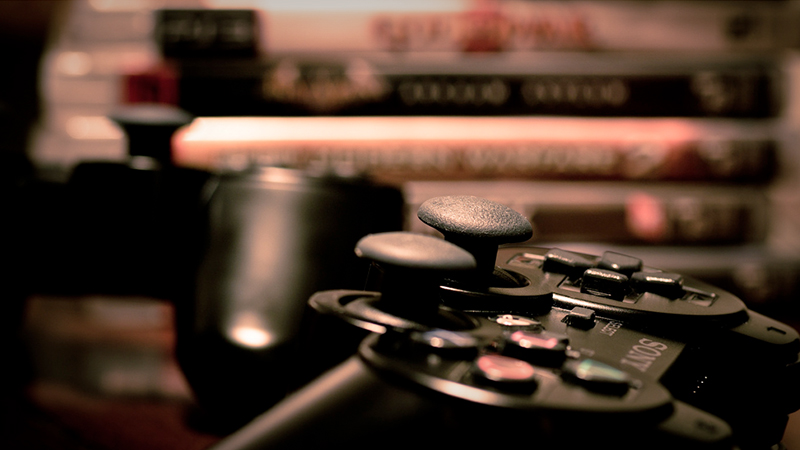 Anderson explains that typically what is wrong with a game's design is less about its mechanics, and more about its failure to communicate to players how they should interact with it. It's often impossible to tell if a problem is based on the mechanics or a communication issue. That's where play testing comes in; however, Anderson states that often game designers approach play testing results in the wrong ways. "One thing I see people doing wrong during play testing is that the designer ends up listening to the solutions that come out of the play test rather than the problems themselves." Another issue is that designers don't have a fully-formed, particularly coherent vision for the moments they are looking for during play testing. It's best to know exactly whether you're testing for comprehension, enjoyment, difficulty, etc. before beginning testing. Trying to evaluate a game to see if it's fun is "ludicrous" to Anderson because that quality is so completely subjective. "You need to have a vision for what ever mechanic, moment, or what ever is actually supposed to feel like. It should be tangible and evaluable." When you have this clear goal, you can more accurately evaluate the play test results.