Claudio Scolastici, an Italian psychologist turned game designer, has first-hand experience not only with AAA titles but also developing an indie game from the ground up. In this Featured Tutor interview, he shares his experience with indie game development and advice for getting into the game development industry – no matter where your interest lies.
Q Thank you for talking with us! Could you start off by telling us a little bit about yourself and some of the work you are currently involved with?
Hi everyone. My name is Claudio Scolastici and I am psychologist with a passion for videogames, who has finally turned into a game designer. I recently released a book about game development for smartphones titled “Mobile Game Design Essentials” for Packt Pub, and I just released my second tutorial for Digital-Tutors about Managing Crowd Systems with UDK.
Q How did you get started in the industry?
I started working in the Industry in 2002, as a localization tester for Electronic Arts. It was a contract job for only a few months, but it was a great opportunity because I moved to San Francisco to work in EA offices in Redwood Shores, California, to work on AAA titles. With EA I had first-hand experience with game development at its highest standards, and probably the best work environment I’ve experienced so far! 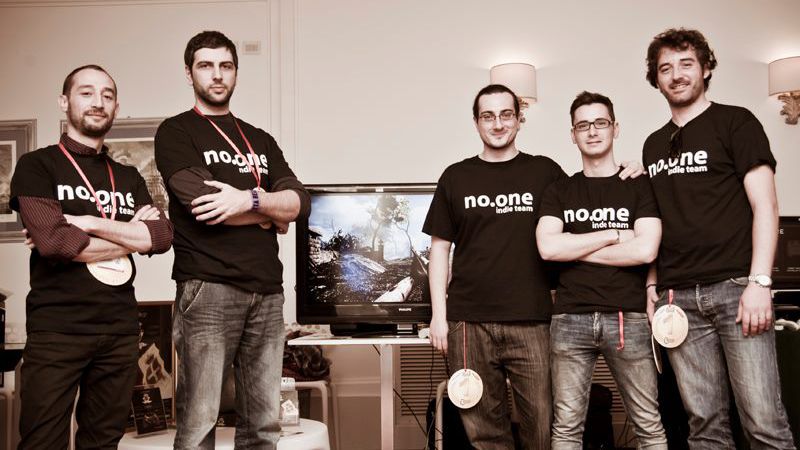 Q You were on the team that created XX la Breccia, the first first-person shooter (FPS) ever developed in Italy with the Unreal Engine. What was that experience like?
It was a great experience, no doubt! We felt like we could achieve something nobody imagined we could do, and we were eager to show that there were people, in Italy, that could work indie and make good games using the most advanced tools. The fact that we decided to focus on the historical events of the taken of the Breach of Porta Pia by the Bersaglieri in September 20, 1870, has to do with our desire to open a perspective to the Italian investors on the potential of game development in Italy.
Q Your educational background covers experimental psychology, including artificial intelligence. Has that been a key element to your career as a game designer?
After I graduated in Experimental Psychology, I started working as a researcher in the field of Cognitive Sciences and Neural Networks. With time, I realized that my interest in such matters always lured me back to video games, my true passion. I was more interested in developing Artificial Intelligence for games than for any other purpose. So I started putting what I learned at University at the service of designing games with consistent mechanics, and efficient user interfaces that are, hopefully, fun to play! In that sense, my knowledge of Cognitive Science and Human Psychology helped me a lot. 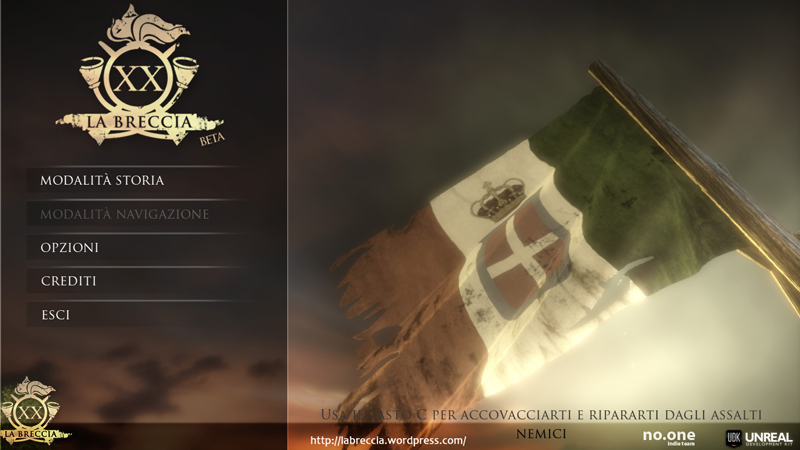 Q What is the most difficult part of what you do, and how do you overcome it?
The development of a game is a long and complex process; each of its main phases has its own difficulties. During pre-production of a game, the hardest part is to come up with good, fresh ideas. You need to avoid clichés, while sticking to traditions. You need to appeal to your target audience, while trying to reach the largest number of gamers. I think that when you feel stuck and frustrated, fresh air can be the path that leads to good ideas.Production and post-production phases have their own difficulties, too. With production there’s a lot of stress, because when developing a game, any kind of technical and personal problem can arise. Post-production can also be very hard too while you’re putting a lot of your efforts into “building up connections” for your game so it’ll be profitable when it goes to market. To overcome these difficult moments, I turn to passion. When I think I am done and I can have no more, I think of how much I like what I do and how lucky I am to work in this field.
Q What advice can you give to people wanting to get into the game development industry?
My advice is to take some time to think about yourself and what you like about games. This should help you understand which aspect or aspects of a game you would like to take care of as a developer and what it takes, in terms of skills and software.If you like programming, learn C++ and the tricks of efficient coding and “garbage collection”. This will help you keep your code clean and easy to debug, the game stable and the system requirements low.To artists, I suggest you study art, color theory and get proficient with anatomy, animation and hand drawing. 3D models can be bought from third parties for a small price, but a strong artistic background is extremely helpful when fundamental matters such as character design or the definition of a color palette are involved.To designers, I suggest you play as many games as you can and get used to analyzing their strengths and weaknesses. Another suggestion is to well...expand the doors of your perceptions! Really. The wider your interests and the larger the number of activities you are involved in, the better the chances you are to be inspired for your next creation. 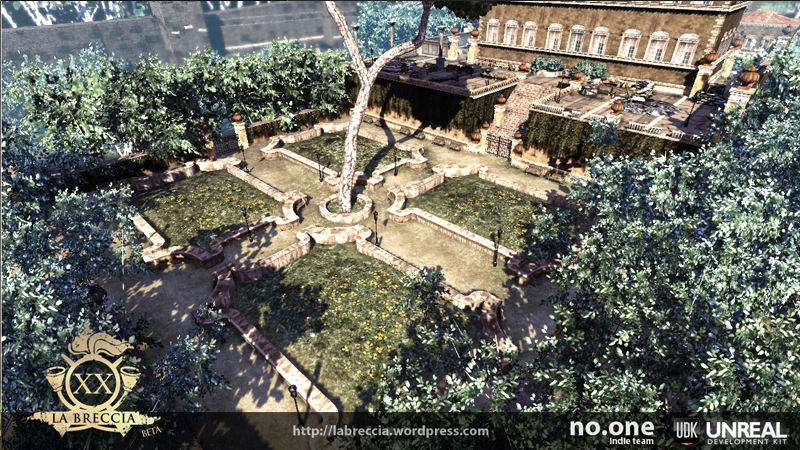 Q When you’re not designing games, besides playing them, what else do you enjoy doing to relax?
I like sports in general and I practice some. I’ve done Karate in these last years, but I also like boards and practice surf, skateboard and snowboard whenever I get a chance. I also like music, hard rock and heavy metal mainly, and watch movies. I only recently watched “Rush” and I really think it's an amazing movie, especially considering that the director is an American. We tend to think that F1 is a sort of European matter...
Q In what way has Digital-Tutors affected your career as an artist?
La Breccia was basically my first experience with the Unreal Engine and Kismet, its scripting environment. Once La Breccia was over, I kept studying and experimenting with Kismet and learned to exploit its potential even further.Digital-Tutors gave me the opportunity to show that potential to the public and share what I learned myself. I like teaching. So I feel good knowing that people are learning from me. And it also helped me reach other game developers who are interested in my work, which is great! 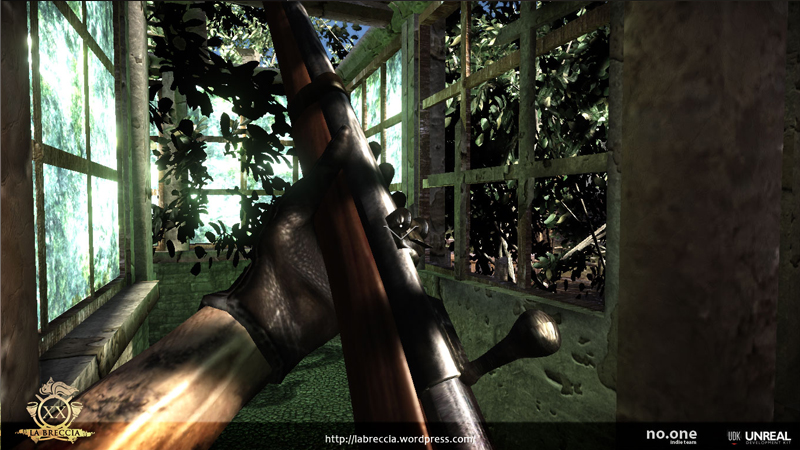 Q Where do you see yourself and your designs going next? Is there another project from no.one indie team in the works that we can get a sneak peek on?
Unfortunately, though the team is technically on, we haven't worked on anything together in the last year. Despite the positive feedback we got from the Italian community when La Breccia was released, apparently our game was not enough to convince potential investors here in Italy to put money into our project. We are searching for other funding options and partners. Sadly, abroad.On the other hand, La Breccia was meant to be our showcase, and in that sense, it worked well. Though the no.one indie team is “pausing”, each one of us is working in the Industry, one way or another! I am currently involved in three projects: a third-person shooter, a fighting game with UDK, and a strategic sci-fi mobile game.
Q Thanks for your time! Any last thing you’d like to share with our readers before we go?
I would like to thank Digital-Tutors for this opportunity and all who watched (or will watch) my tutorials. I hope they will help you improve your own projects. 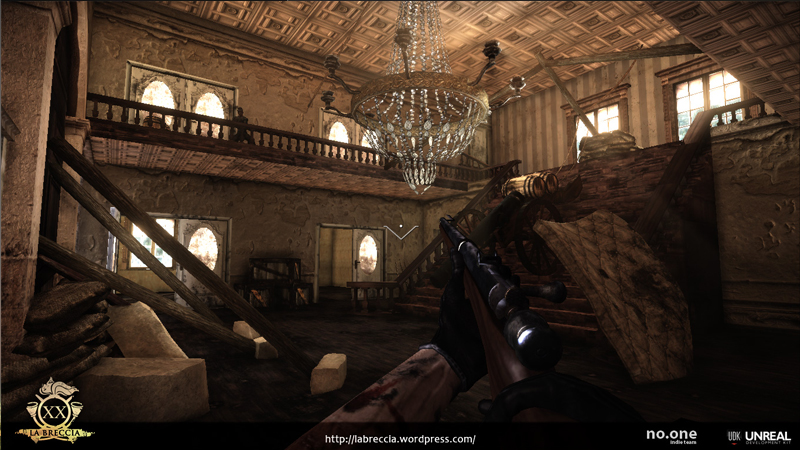 See more from Claudio now by visiting his Digital-Tutors Tutor Profile and watching his latest tutorial on Managing Crowd Systems in UDK and his previous tutorial on Creating AI Algorithms Using Kismet in UDK. You can also find him on LinkedIn and on the web.