Veteran Disney animator, James Lopez, is looking for a few good artists to help him produce a feature length steampunk film . The project, entitled Hullabaloo, is intended to delay the "dying art of 2D animation," which has been abandoned by most major studios today, according to Lopez. The artist is looking for talented and dedicated animators to help pull off the film's production and to show the world the beauty and uniqueness of hand-drawn 2D animation. The film's plot centers around Veronica Daring, a brilliant young scientist who arrives home from finishing school to find her father, Jonathan Daring mysteriously missing. As it turns out, Veronica's father, who is also an innovative scientist and engineer, has been kidnapped by an unsavory group of criminals planning to use his contraptions for their own personal gain. After joining forces with another female inventor named Jules (Verne?), Veronica must assume the identity of Hullabaloo in order to infiltrate the group, thwart their dastardly plans, and rescue her father.

Signed on to the project so far are veteran animators, Bruce Smith (The Princess and the Frog), Rick Farmiloe (The Little Mermaid), Minkyu Lee (Frozen), Sandro Cleuzo (Kung Fu Panda) and Sarah Airriess (Wreck-it-Ralph). However, the film will also include 3D modeling as well, but most of the characters, vehicles, and props are intended to be drawn by hand. Bringing a good mixture of popular themes and motifs to the story, Hullabaloo looks to be a film that could be very appealing to a wide range of audiences. The story appeals to science, female empowerment, familial ties, good vs. evil, and individual agency all wrapped up within a Victorian sci-fi setting filled with intricate clockwork devices and nefarious villains. What more could you ask for really? 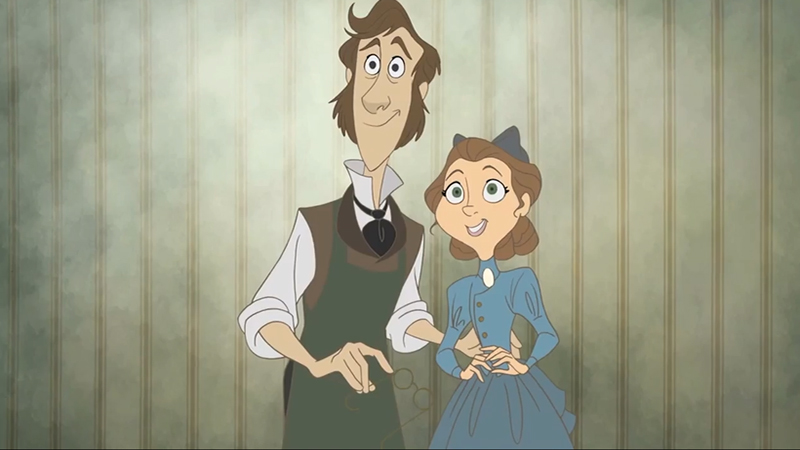 The project has many levels of investor rewards ranging from getting original art work to being listed in the production credits. However, Lopez is also offering donators of $500 or more a personal animation class via Skype or Google Hangout that lasts an hour and a half. This is an enticing reward for anyone looking to pick up some professional animation advice from a veteran Disney artist. The showcased images within Lopez's pitch video below reveal a master craftsman whose more personalize approach to animation can imbue faces and gestures with such subtlety that they leave us feeling the essential humanity of the characters. Check out Lopez's video and learn the plans for the Hullabaloo project, the motivations behind it, and donor rewards.