Break Things to Make Them Better: Stress Testing Your Rigs

Before a rig is passed down the pipeline or before you begin animating you need to spend sometime testing your rig and making sure everything is working how it should. This process is typically called stress testing, and it's basically putting your rig through the wringer, and trying out every single control, making sure it behaves how it should, and that it's properly skinned. Often time's issues will go unnoticed if the character setup artist doesn't spend the time to properly stress test their rig, inevitably this results in the animators sending the rig back for fixes. In this article, we are going to go over some of basic workflows for stress testing and some things to look out for as you begin this process. An animator's job is to create appealing actions and performances, to bring the character to life. You can count on that they're going to use any means necessary to achieve the best animation possible, this means exaggerating and pushing the rig way beyond its limits to get their point across. You need to keep the animator in mind when stress testing, because what you might think is exaggerated, may not be anywhere close to what an animator has in mind. 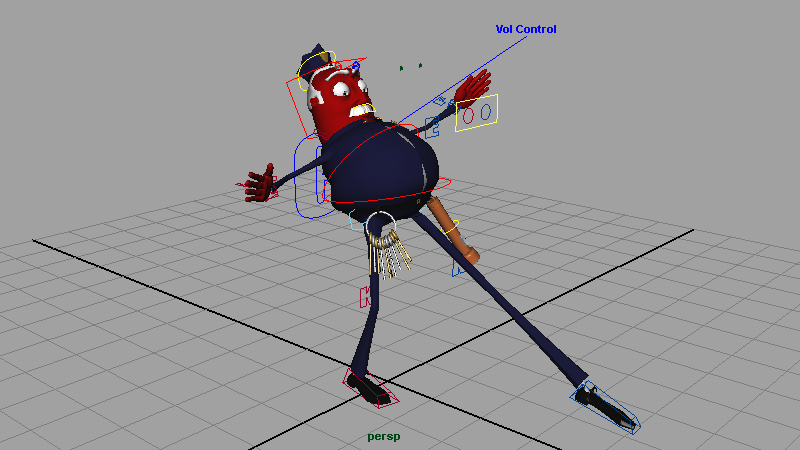 When you're stress testing your rig you need to approach it with the intention of breaking it. You want to find the rigs limits. If you're creating this rig for your own animations then you'll have a better understanding of what you'll need the rig to accomplish, and the types of poses you'll need to be able to hit. As a rigger it's good to have a decent knowledge of animation so that you can ensure it will hold up. It's a good idea to do more than just move controls around, create some simple animations for the rig. You don't have to be an excellent animator to do this, but just run through a few animations that will put the rig to the test so you can see clearly what might become an issue later on down the line. Along with making sure that the controls are doing what you want them to do, stress testing is a great time to make sure all the deformations are clean. Pushing your rigs to the limit will often present some strange deformations, but being able to spot them will allow you to clean them up. Sure, it's impossible to have clean deformations if a joint is pushed to the extreme, but you can make sure the deformations are as clean as possible when a pose is pushed. You also need to know what the rig is going to be used for, and the type of animation that is going to be applied to it. If it's a character for a very realistic style of animation, then chances are the animator is not going to need to exaggerate it until it's broken. Find out the rig's limits, and take notes of its limitations and pass this down the pipeline so the animators know how far they can push it. There is no need to spend the time to fix deformation issues on the rig if the animators are never going to push the rig to that point. If the shoulders twist strangely when the arm is raised behind the character then that's fine if the animators don't need to push it beyond that. The important thing is to pick your battles, any time you spend tweaking a rig is going to eat into the production budget, so find a good middle ground. To give you a better example of the steps involved with stress testing a rig watch the video below as we stress test the rig from our Cartoon Character Rigging in Maya tutorial. The rig we are stress testing features a lot of cartoony style controls, so we know the character is going to be used for more stylized animations, knowing that we can determine just how much this rig is going to be pushed at animation time. If you want to learn how to rig the character step-by-step that was used in the video be sure to check out the Cartoon Character Rigging in Maya course.