Cinematography Tips For Game Designers: The Power of Subtlety

If you're a game designer who's trying to achieve that cinematic look for your gameplay, cutscenes or trailer, then it's a good idea to familiarize yourself with some of the basic techniques of cinematography. Achieving this type of cinematic "realism" goes beyond making something look real as seen through the naked eye. Rather, it involves mimicking how something appears through the lens of a camera. Despite their many similarities, the healthy human eye and camera lens differ in their complexity and their ability to focus light waves effectively. The human eye is way more sophisticated than the lens, which contains levels of imperfections that slightly warp and skew the shapes and colors of images. It's these "imperfections," ironically, that make a CG image more "filmic" and realistic to audience familiar with them. Increasingly, more and more game designers like Ready at Dawn (The Order 1866), are attempting to create these effects with the hope that they make their games more immersive, or as immersive as watching a movie. Of course, immersion in a game can never really achieve the level of a movie because of the interaction required to play a game. However, that doesn't mean that you can't make your game resemble the visual aesthetics of a film in order to leverage the familiarity audiences have with the cinematic experience. The following is an introduction to some basic principles of camera and lens systems that can give you the skills and knowledge to accurately incorporate movie effects into your own game design.

One of the most basic principles in photography and cinematography is that lenses are designed to bend light waves to a fixed point. Depending upon what length of lens you're using, it will distort, more or less, the image in front of the camera. Distortion is the usually the most obvious example with shorter, wide-angle lenses, which tend to warp an image toward its edges. Technically, this is called barrel distortion and is the trade off for being able to see more of an image (i.e. have a wider field of view). You can see from the image below how this warping effect becomes more pronounced as you move toward the parameters of the image. 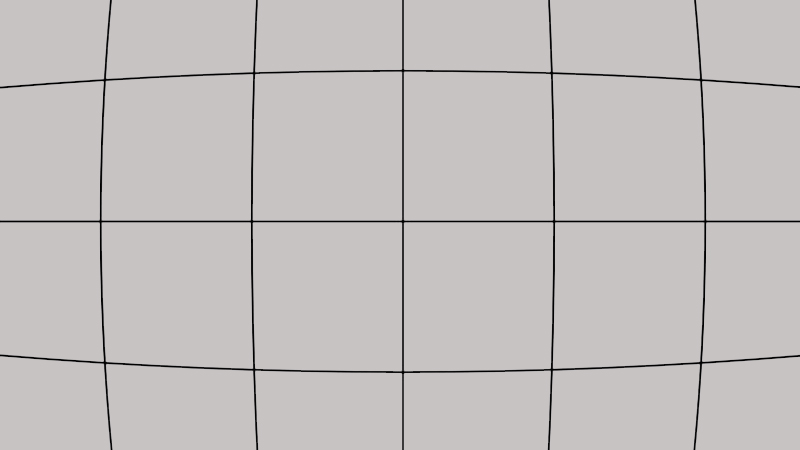 You can see how a subtle form of the barrel effect was used in this screen shot from The Order 1866. The buildings to the left and right appear to angle inward toward the top while the window sills in the middle of the screen appear horizontal. The developers attempted to re-create how a camera lens sees a setting such as this in order to add a filmic feel. Again, the effect is subtle, but powerful. Subtly is really important because too much imperfection can draw attention to itself and destroy the illusion. [caption id="attachment_25707" align="alignnone" width="800"]

Just as different lenses curve light at different rates, they also bend wave lengths differently. This can cause a slight splitting of the wave lengths (think about how a prism does this) and their falling on different parts of film or sensor. The result is usually a "fringing" of colors at the edges where light areas meet darker ones. This is purely an optical issue and must be re-created through CG effects. You can see the added color aberration effect within this still, again from The Order 1866. It is most noticeable around the right sleeve of the male character. If you'll notice there's a subtle "fringe" of greenish tint at the border where his dark jacket meets the lighter colored stone work behind him. You can also see this green tint at the edges of the gray boards directly behind him over the same shoulder. [caption id="attachment_25699" align="alignnone" width="800"] 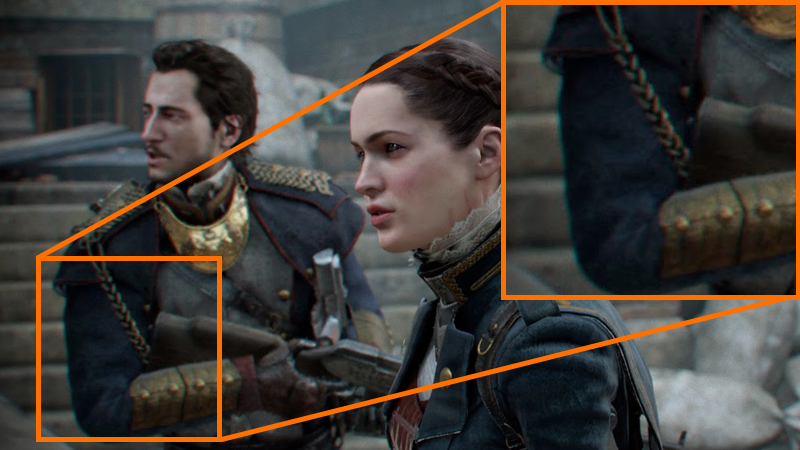 © 2014 Sony Computer Entertainment America[/caption] Once again, this is a very subtle effect that, if done correctly, will not be perceived by the gamer while playing. However, what the player will unconsciously perceive is that it appears filmic. That is, there is nothing unusual about about this color aberration. It has just become so familiar to our understanding of what a movie looks like that we ignore it. If it quacks like a duck...

One element today that is often used to indicate that something appears "cinematic" is the composition of a focused subject, like a character, with an extremely blurry background. The blur is created by establishing a short depth of field using a variety of lenses and aperture settings. As the background increases in blurriness, any strongly lit objects in the background tend to be rendered as roundish spots of light called bokeh. The bokeh effect is often intentionally created to produce a pleasing backdrop for the foregrounded subject, especially when these background lights are colorful or soft as in Christmas lights or candles. 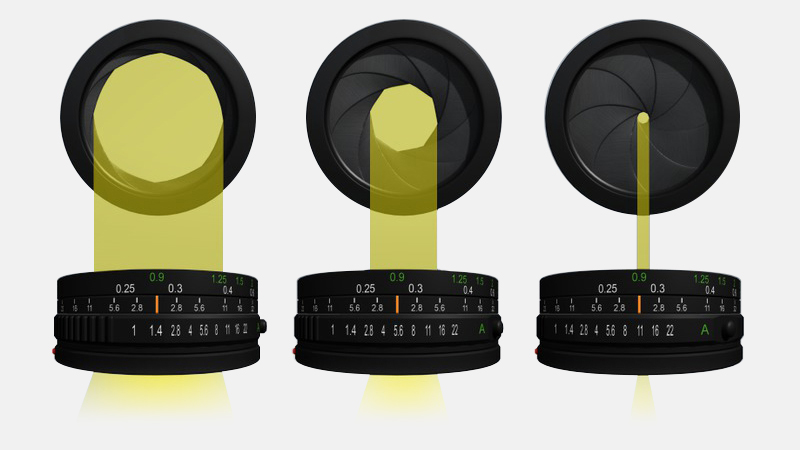 What is most important about the bokeh effect for game designers is that it can help produce cinematics that are truly cinematic. The image below is a still from the up-and-coming video game, Quantum Break. You can clearly see the bokeh effect happening behind the female character as the various points of light and reflected objects are extremely out of focus. There are also several hexagonal-shapes floating near the bottom of her hair on the left. In photography and cinematography, these lights would ideally be rounder and softer rather than multi-sided and hard edged. A round and soft bokeh is assumed to be more visually pleasing to the audience, and cinematographers often make adjustments in their lens and aperture settings to get it just right. However, when the bokeh shapes take on this hexagonal form, it's because they are reflecting the shape of the camera's aperture (see above picture), which is usually similarly shaped. Many cinematographers would consider this result to be an accident; however, Quantum Break's designers seem to be using these "accidents" to over-play their attempts to produce a filmic look. The lights obviously aren't reflecting the aperture because there isn't one to reflect. [caption id="attachment_25288" align="alignnone" width="800"] 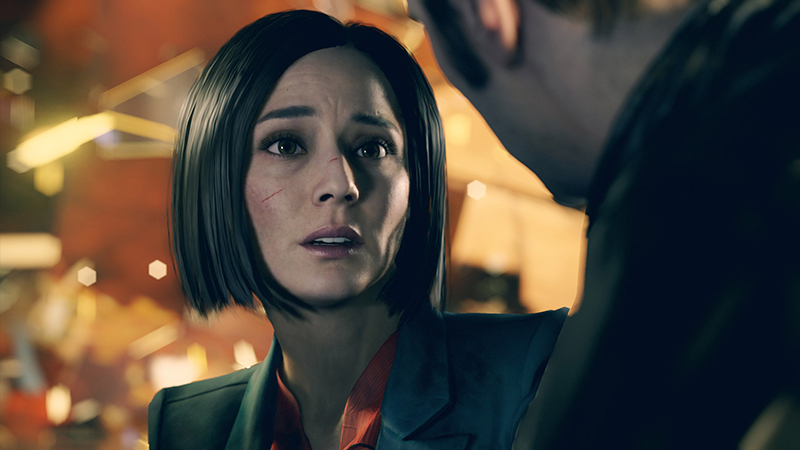 © 2014 Microsoft[/caption] What you should take away from this brief explanation of "accidents" of optical systems is that they are extremely important when indicating that an image is cinematic. Lens curvature, chromatic aberration, and bokeh are very subtle indicators, however, they can have a very powerful effect on whether your players understand your game to be cinematic or game-like. If your intention as a designer is to achieve this look, it would be best to start with these small touches, which can speak volumes to your players.