Clarity in Animation - Creating Shots That Are Readable

As an animator there are many different things you must consider at all times during the animation process, whether it's timing, lead and follow, overlapping, etc. These all play a vital role in your animation, but there is one thing your shot must have, because without it no matter how well you implemented the 12 principles your shot won't work. That thing is clarity. If your shot doesn't have clarity, meaning it's completely understandable to the audience then ultimately your shot is not communicating what it should. This article will give you some great tips for establishing strong clarity for your animations, and why it's so important for every shot you do, no matter how large or how small. Without clarity the audience can be lost and confused on what this particular scene is trying to communicate. Clarity is keeping your shot clean and precise; for instance, it could mean simplify the movements of your character so it's easier for the audience to keep up. No matter what animation you're doing, the most important concept you must strive for is clarity. 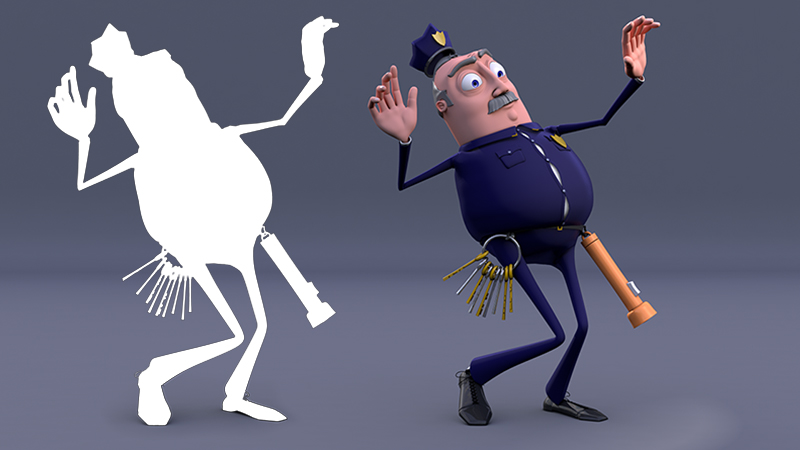 One of the first areas that you need to ensure is perfectly clear are the main poses of your animation. If you're trying to establish clarity in movement, for example, making sure a fast movement is readable to the audience your first step is going to be making sure that your key poses are clear. Without clarity in your posing, you can't have clarity in movement. Having a strong silhouette is the best way to ensure your poses are clear. A great way to examine your silhouette is to turn off all the lights in your 3D viewport. In Maya, you can do this very easily by pressing the number seven on your keyboard. 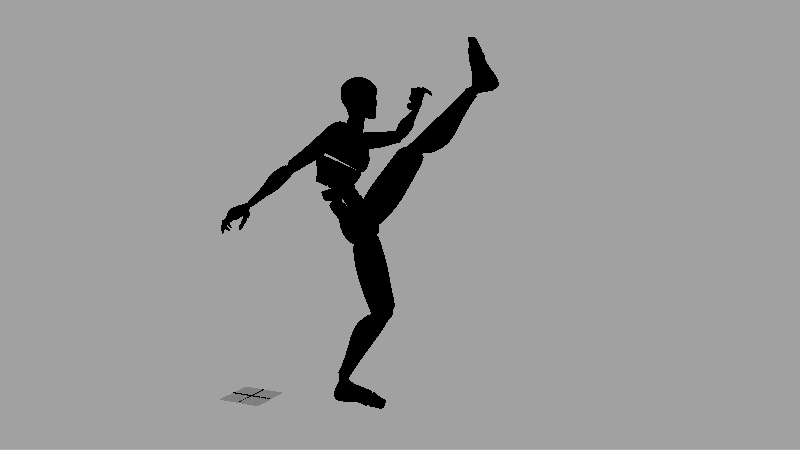 When you're trying to make the posing in your animation clear it really goes hand in hand with keeping your shot simple. One of the best ways to make sure your posing is clear is to simplify the amount of key poses in your shot. Look at the main points of your shot, maybe your character is suppose to be happy at the beginning of the shot, and become sad at the end. Well, this could easily be simplified into two main poses: a happy and a sad pose. Of course, you can work within these poses, but there should really only be two important poses in this type of shot. A common mistake for beginners is to over-animate. A simple shot like mentioned above could quickly have four or five key poses that the character transitions to which can really muddy up the scene. While you may want to show off your animation skills by having your character moving all around the scene and transitioning from key pose to key pose this can be one of the biggest detriments to the clarity of your animation. This doesn't mean your shot has to be boring to be clear, you just need to ensure you're not over animating. You first need to try and find the least amount of key poses you need to tell the story, if you need to create more key poses to properly communicate the shot to the audience then do so, but try not to add poses just for movement's sake. A great way to get an idea of the amount of poses that are needed for a shot is to study real life. Next time you're having a conversation with someone, study their poses. Chances are pretty good that they'll stay in one pose, and talk and gesture within that one pose. This'll also ensure that when you do have a change in posing in your animation it will be completely clear. For example, say you have a shot where a character is sitting in a chair with their legs crossed, and someone asked them a question that makes them uncomfortable. As soon as you transition to the uncomfortable pose it'll be clear to the audience because it's the big change to happen in the shot. If you created multiple key poses for a shot like that, the most important pose could become lost among the other poses. 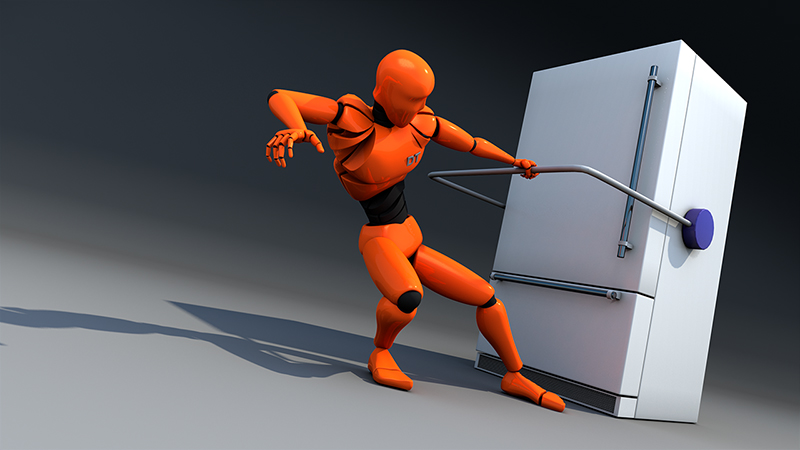 Exaggeration plays an important part in creating more clarity for your shot. For the audience to be able to read an action or emotion clearly can sometimes mean you need to push that idea or pose so it's unmistakably clear. For example, you could exaggerate the character's reaction to something, pushing his facial expression as well as the timing and even anticipation leading up to the reaction. 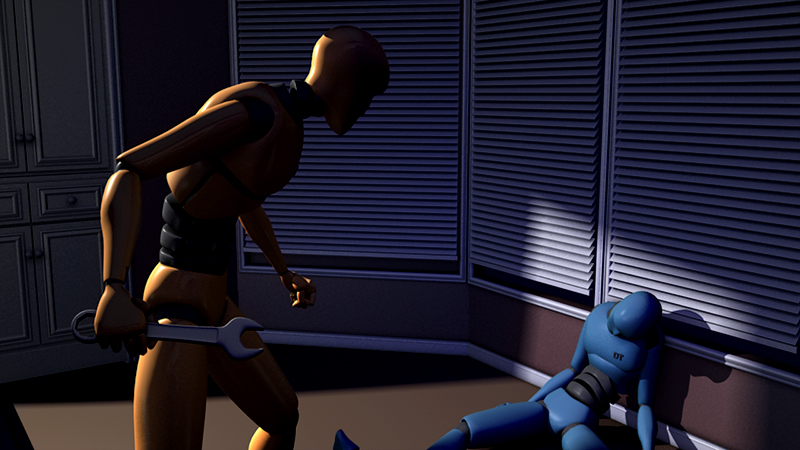 A great way to learn how to have more clarity in your animations is to look at basic acting and stage acting techniques. Your characters in the shot should be open to camera, whatever movements they're doing should be visible in the shot camera. You also want to direct the viewer's eye. This is especially important and sometimes tricky to accomplish with multiple characters in a single shot. If the audience needs to switch their focus on a different character in the shot then direct their eye by having the other characters in the shot all direct their attention to the important character. Another great way to direct the viewer's eye is to keep all the other characters in the shot still. This doesn't mean to keep them completely still, but keep their movements very minimal. For example, maybe you have a shot where two characters are arguing, or even several characters. The character who is speaking should be doing the moving, and once they stop speaking, start moving the other character who is talking. It comes down to a real back and forth between characters. If a character is talking or their actions are the main point of the shot have the other characters in the scene stop and listen. Their movements should not be distracting at all from the main character. An excellent representation of this technique in use is in the Despicable Me 2 trailer between the minions. If you play close attention to the shot you'll notice that the minion in the middle who is sitting to the left of the larger minion blowing the party horn has very broad and exaggerated movements, and the minions to the right and left of the shot stay almost completely still. The only things moving are their mouths and a few blinks. As the shot progresses so do the minion's movements, just before he punches the minion next to him. This ensures that the audience keeps their attention on the two key characters throughout the scene and won't miss the point of the shot. 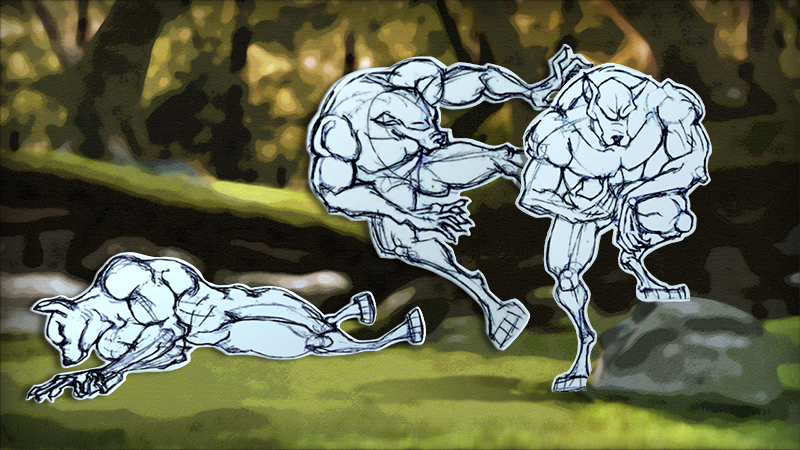 It's important you start thinking about clarity in your shot during the planning phase. It should be long before you even begin animating, because the last thing you want to happen is to get half way through animating your shot only to realize it's not clear enough, and have to start over. As you start planning think about the posing and make sure the posing you come up with has a very clear silhouette. Make sure you know the point of the shot, and what the main thing is that you want to communicate to the audience. Once you know that, then think about how you can present this to the audience using as few amount of poses as possible.

One of the most common mistakes in an animation that can cause an unclear shot is having too many ideas. Once you start putting too many ideas and too many things in a shot it gets difficult to read. Keeping it simple is the best thing you can do. As mentioned earlier, you need to have a clear vision of what the shot is. If the character is suppose to be scared then the audience should understand and see that clearly. If you've done that, then you've achieved what you were going for. Another common mistake which can be closely related to having too many ideas in a shot, is having too much movement. When you move things too much, your taking away from the emphasis of where the audience should be looking. You need to keep your animation simple, you don't want to hit a hundred poses in a single shot, that will only confuse the viewer.

The best way to ensure you have clarity in your animation is to show it to other people, whether it's other animators or just some friends. They should understand the point of the shot by just watching it once, if they don't then it might mean you need to go back to the drawing board and see what you can do to fix it. It could mean simplify a few poses or slowing the movements down. Clarity in animation is arguably one of the most important aspects of a great animation. While you may have perfect movement, and beautiful implementation of the 12 principles if it's not clear then the animation doesn't work. Next time you're working on an animation take these techniques into consideration. Make sure you've not muddied the shot with too much movement and too many poses and try to maintain clarity in animation by directing the viewer's eye with some basic stage-acting techniques. To get a more in-depth look at how you can animate some of these techniques, follow along with the Character Interaction in Maya course where you'll get the chance to animate a multi-character performance. If you have any questions or thoughts share them in the comments below!