The new trailer for Dead Island 2 recently released at E3 combines a great concept with an excellent layout. The trailer's producers, Axis Animation, work closely with the game's publisher, Deep Silver, to create a prelude to the game that is just as entertaining, unique, and visually appealing as their previous "gut wrenching" Dead Island trailer 3 years ago. DI2's trailer, however, mixes stunning detail along with cinematic camera work that helps add to the teaser's deep sense of irony. Dead Island 2 the game is set in California, and the trailer's devs take full advantage of the coastal, sun-drenched beach scene to emphasis an unhealthy obsession with the body, which, in this case, is the slow transformation of the trailer's main character (a buff, blond-haired, blue-eyed male) into a rotting, undead corpse.  The trailer begins with a closeup montage of our ill-fated character's various body parts from his pearly-white teeth and well-defined pecks to his exquisitely rendered eyebrows and "Living the Dream" tattoo. The montage is notable for the fabric and skin textures along with the lighting and metallic surfacing that make up his gold chain necklace and the goosebumps along his neck. 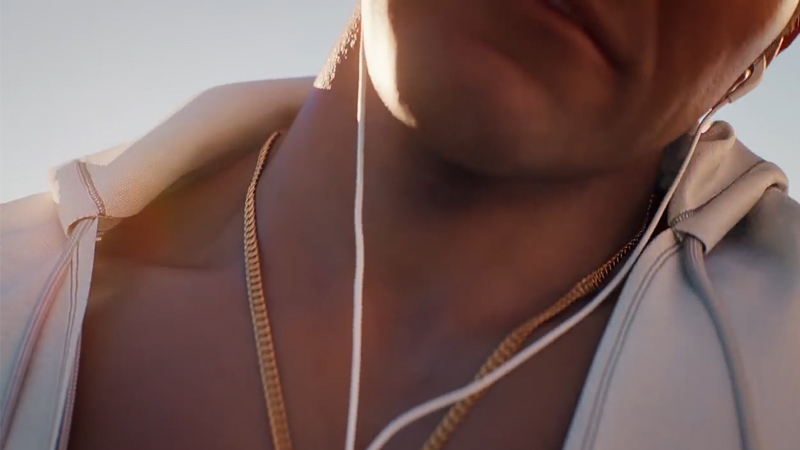 The camera stays closeup even after showing you these exquisitely rendered details and the character begins his California beach jog. However, after the character's encounter with a beach blond beauty on roller skates, the devs use her passing to re-orient the camera backwards giving you a visual of what's going on behind him. The remainder of the trailer consists of the utter mayhem that takes place behind the unsuspecting male, which includes some good dynamics applied to an out-of-control limo that narrowly misses plowing into the man along with some nice explosive visuals as a helicopter crashes behind a row of beach homes. 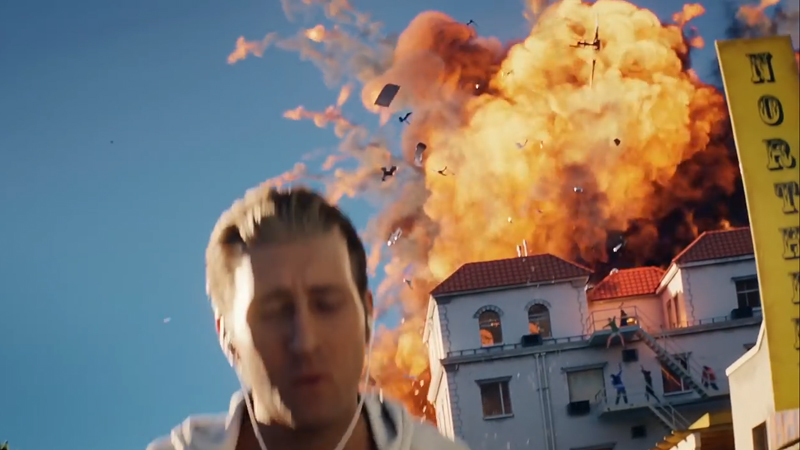 The trailer's real standout is the camera work Axis uses to convey the apocalypse. The camera is never static, but constantly moving both up and down to get better views of helicopter crashes as well as zooming in and out to better take in events behind the character. The devs also employ a handheld style of camera movement along with tilted angles that give the trailer a very cinematic feel and helps add  chaos and immediacy to the scene. Finally, there is an interesting use of a GoPro type of camera shot from the point of view of the character as he begins to transform. You are once again taken to a closeup montage of the now rotting white teeth, tattoo, and blonde hair that help round out the short story. The devs are able to give these GoPro shots a great sense of realism by creating a short focal length and blurring the backgrounds while providing them with enough movement to suggest they are relatively close. These are just a few of the Dead Island 2 trailer's outstanding visual qualities. Watch the video your self and let us what know you think is noteworthy.