At GDC today Ann DeMarle, Director of Champlain College's Emergent Media Center showcased the college's video game Breakaway, a project designed to confront gender-based violence against women and girls. More specifically, the devs used social and psychological theory to change the behavior and thoughts of young boys. Research for the game extended across the globe including El Salvador, which has the highest per capita murder rate of women and girls in the world, according to DeMarle.
[youtube http://www.youtube.com/watch?v=T-4m11a4uCs?rel=0&vq=hd720&showinfo=0&autohide=1&theme=light&color=white&w=800&h=450]
One of the biggest challenges to developing such a game was in figuring out how to apply to a world-wide audience of boys. DeMarle explained that what was needed to create such a universal theme needed to avoid "romantic or sexual implication"s as well as avoid showing violent actions themselves. These constraints proved challenging for making the game interesting to young boys. The solution came in the form of a developing a narrative that revolved around soccer, a sport enjoyed world-wide. Yet the narrative needed to be on a local scale so that boys could experience "personal self-discovery." 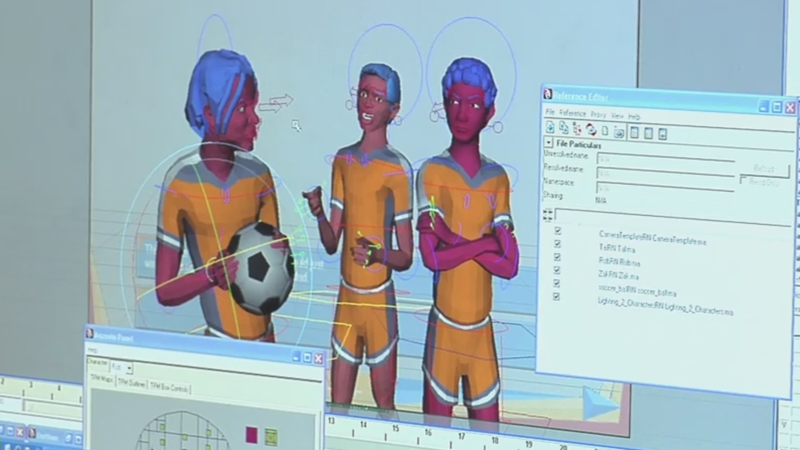 Ultimately, Breakaway's story centers on the question: "Do you have what it takes to be a champion?" In the story you're a young boy who wants to get on the school's soccer team and make it to the finals. The game's theme is also built upon the problem of peer pressure, a real-world universal experience. The implications are that the game also addresses self-esteem and bullying. DeMarle explained that one of her favorite concepts for games is the magic circle, a type of conceptual "membrane" that digital fantasy worlds used to separate them from reality. Magic circles "allow a safe place for activities to happen," she states, "You can change the rules, you can act in different ways. The soccer field is the perfect example." However, magic circles are not impenetrable; rather, players have the opportunities to bring what they learn with them into the real world. The intention with respect to violence against women seems obvious.