During our visit to SXSW last week, we experienced some really great films, music, and sessions. However, one of the most exciting things we got to do was visit Robert Rodriguez's Frank Frazetta Museum. The Sin City director opened his private collection of the famed artist's work to the public during the conference along with a private tour for the press. We were in attendance and got to see some of the wonderful exhibits that ranged from some of Frazetta's masterpieces to Rodriguez's own personal artwork and film collection. Although the museum is currently closed to the public, we thought it would be good to walk you through it ourselves. 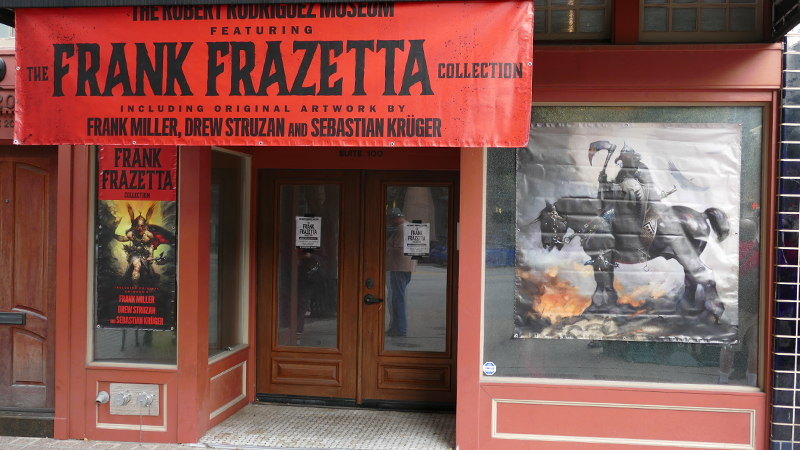 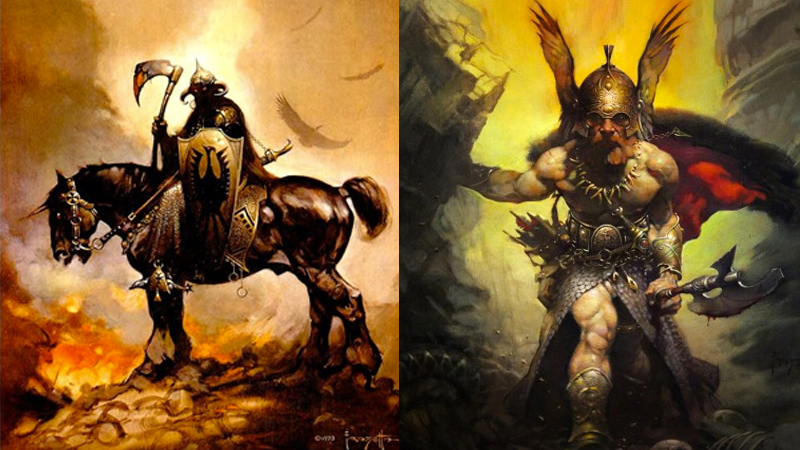 "Death Dealer" (left) and "Dark Kingdom" (right)[/caption] Rodriguez, along with countless other artists, have been heavily influenced by Frazetta's style, which combines a masterful knowledge of musculature, classical composition, and muted color schemes that imbue his works with a powerful expressiveness. "All of his works have a triangular composition," Rodriguez explained during the tour. The director showed us several paintings by Frazetta that exhibited this classical compositional style. [caption id="attachment_41923" align="alignnone" width="800"]

Rodriguez explaining Frazetta's triangular composition in "Egyptian Queen".[/caption] The museum also contains concept art examples for Rodriguez's next major project, a remake of the 1983 Ralph Bakshi fantasy feature, Fire and Ice. Frazetta was co-creator of the original film's characters, and the producers used a rotoscoping in which scenes were shot in live action and then traced onto animation cels. The concept art clearly shows the Rodriguez's desire to bring Frazetta's iconic style to the future project. [caption id="attachment_41932" align="alignnone" width="800"] 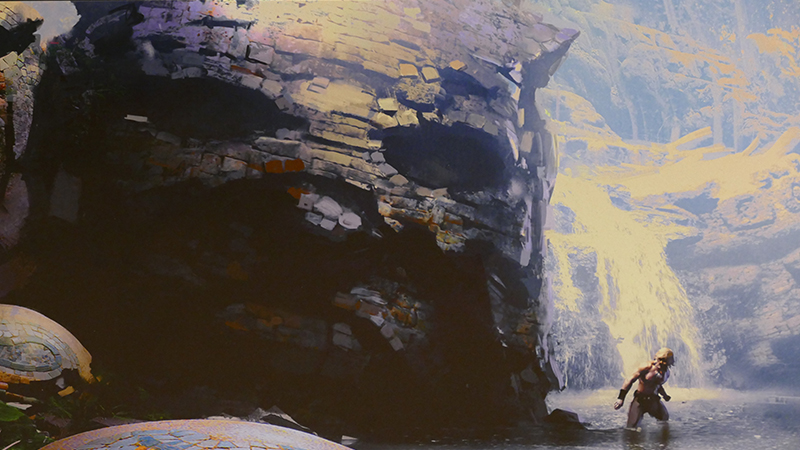 One of the concept images from Rodriguez's Fire and Ice remake[/caption] During the tour Rodriguez also explained some of his film making processes and how he uses painting to prepare. For example, he typically encourages his actors to express their characters through painting before their performances. The actors use colors and shapes to create what they feel were the essential qualities of the characters they are to portray. Then Rodriguez himself pencils in the lines to form the overall image. On display were several paintings from this process for his adaptation of Frank Miller's Sin City series. The collection included works from Jessica Alba, Lady Gaga, Josh Brolin and others. [caption id="attachment_41949" align="alignnone" width="800"] 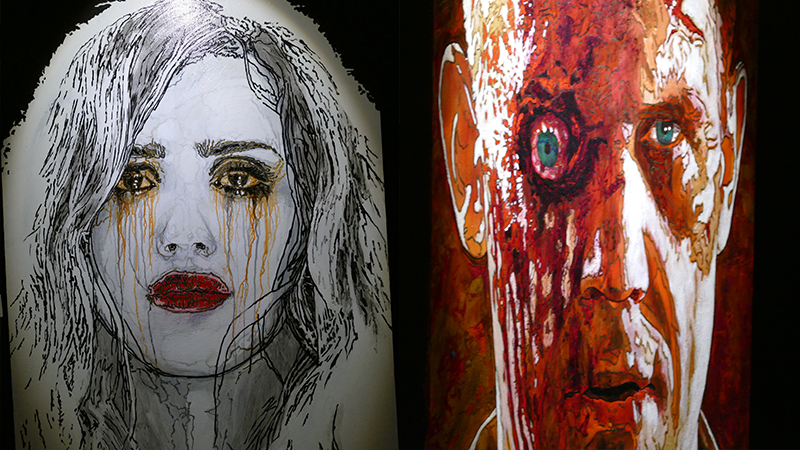