Why Your Game Idea Sucks and How to Make it Better

As a veteran game designer I often run into people, be they friends, or strangers (the latter usually at a party with loud music playing so I can’t even hear them properly) who have a game idea. I love interacting with people excited about game design so I always want to hear them out. Some ideas are good, some are okay and some, frankly, are terrible. What they all have in common however, is that they invariably completely ignore the reality of making their game idea a reality. In some ways, this is normal. They (mostly) aren’t in the game industry, so they have no concept of how much things cost, how many people are required, in which disciplines, and how long a production it would take to realize their vision. We can also agree that taking a position anywhere on this spectrum is difficult because a given game will evoke certain feelings in one person and not another. Also, predicting what will become a financial hit is nowhere near a science: who knew ‘Angry Birds’ would be such a hit? Obviously not the people who made it: the story of Rovio making over 50 games for mobile phones before their massive, world changing hit is stuff of legend. Nevertheless, even if we cannot guarantee our idea will be successful, we can follow some principles to create a solid foundation for, at the very least, a fun game.

At the inception stage of your game it’s very important to solidify what it is. Can you summarize what it’s about and what makes it cool in one sentence? This is harder than it sounds: I’ve seen game industry vets fail at this. Why is this so important? Every time you talk to people about the game, they will need to have a picture of the experience in their heads. People have a hard time visualizing all of the cool stuff in your head without concrete words. It’s also absolutely necessary when you’re speaking to anyone who might want to invest in your game. Using two or three existing game properties together works very well: “Our game is: X + Y with a little of Z”. It will also serve as a beacon of light when you’re in the trenches, working long hours and have a hard time making certain decisions.

Different people play games for many different reasons.[/caption] So who are you making your game for? Not knowing your potential audience is a rookie mistake, but it’s easy to see where people go wrong with this. Up until a few years ago, the audience for your game was ‘game players’. The pool was small and homogenous enough (I’m sure some people will take me to task on that statement, but I still believe it to be true) to simply make a quality title and have a chance that it would be successful. This is not the case anymore. With the advent of the Apple App Store and to a somewhat lesser degree the Google Play store, and development costs reduced for simple titles on these stores, the barrier of entry is much lower. Case in point: ‘Flappy Bird’, to name just one of thousands. This allows for a huge variety of game types for different tastes. This is great news for anyone with a game idea: more than ever before your idea could speak to a specific audience and be successful.

Another key point to remember is to properly define the size of your game. How big will the game ‘world’ be? How many features do you plan to have? How many playable characters are there? Each item that you introduce not only adds production time, but adds complexity to the overall project and increases the cost. This applies for game balancing, player experience, tutorials/player messaging – the list goes on. When designing a game (or a toaster), extraneous things that don’t serve the ‘core’ experience always detract from it. They muddle, and reduce the quality of the overall experience. Stepping back and rethinking your ‘core group of features’ can sometimes refocus your energies and create a more fun experience for the player. An ‘everything but the kitchen sink’ attitude will not work when making a game (or toaster… not sure about a kitchen sink though). 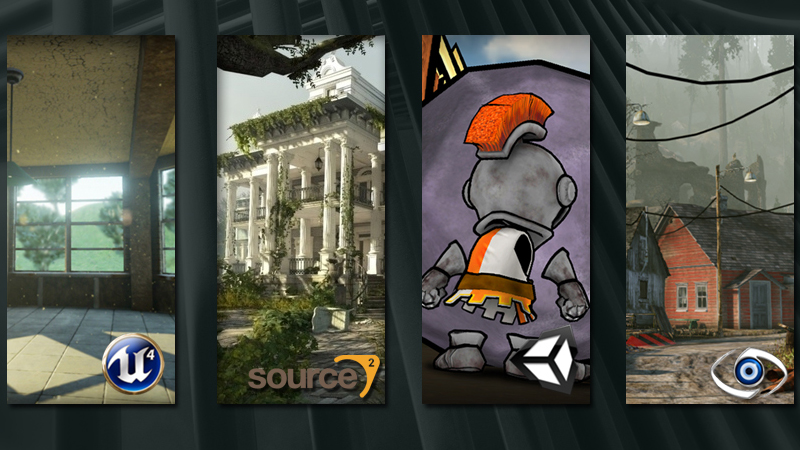 Another question that you'll need to answer is what game engine will you be using to make your game? 2014 was an amazing year for new, low cost access to high-quality game engines and there have recently been some amazing announcements at GDC 2015 regarding these same engines. The Unreal and CryEngine packages have drastically changed their pricing structures, as has Unity. All three perform extremely well, but often in different ways. In my experience, Unity offers a somewhat easier first experience for the uninitiated, but there are many more resources for CryEngine and especially Unreal Engine to help you, as compared to Unity. Whatever you choose, make sure that the technology suits your needs and that you consider your level of experience with robust software packages: if you just want to create a Kia, having something that can make a Lamborghini might just complicate things unnecessarily (although they can be nice). I have just scratched the surface of all available game engines here: there are many more that may suit your needs better. Be sure to research as much as possible before you begin.

You’re not going to make a game by yourself are you? Well, maybe you are going to try, and you wouldn’t be the first. In fact, this rare breed has been multiplying as of late. Very impressive to me, and not something I could ever do. If you’re not a wunderkind, you will probably need help of some kind. Be it coding, 3D art or animation, having others around will only help to make a better game. But how can you get in touch with these people? There are resources on the internet which can help you find the right person for the job. Although this may be tough, keep at it: there’s a lot of passionate, skilled people out there who are looking to make a great game. Once you have a small dedicated team in place, or at at least one willing to help you in their spare time, try to dig deep and find out what their strengths and weaknesses are. It can sometimes be beneficial to modify your game design slightly, or sometimes a lot, if there are specific members that provide certain, irreplaceable value.

Now you have all your ducks in a row so to speak, the best thing to do now is to aim to make a prototype. This is essentially a very small, rough draft of your final vision. It doesn’t have everything you want; it doesn’t even have everything you need, but it has something. That ‘something’ is a fluid concept and should be defined by you and your team alone. A good prototype is always one that demonstrates the core fun/values of your game. It’s not only a good idea to build a prototype because it’s obviously a smaller slice of your final pie, but it gives you and your team the opportunity to reflect and critique what went right, and what went wrong while making it. It ‘closes the loop’ so to speak. It’s also awesome and invigorating to show off your work to people and get their feedback. Remember: most people have never seen a very rough prototype for a game before (except for some high profile releases of the past few months, but that's a whole different topic altogether) so expect them to not always 'get it'. Don’t worry; just keep plugging away. 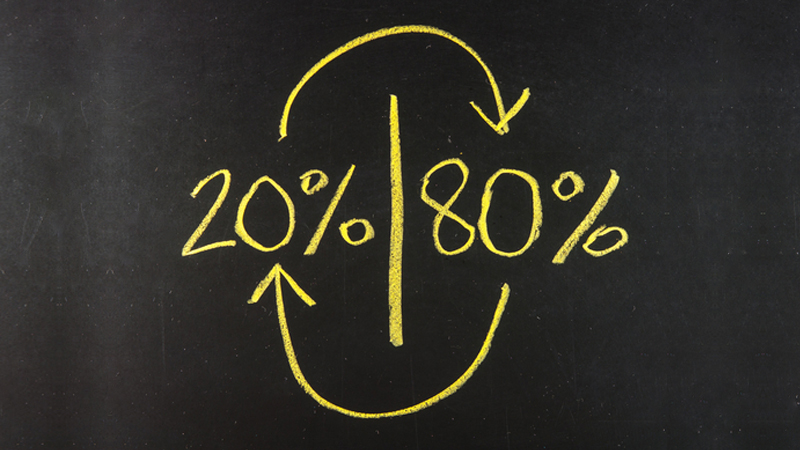 The Pareto Principle cannot be understated.[/caption] The last 20% of quality takes 80% of the effort. In my experience, this can’t be truer when it comes to creating games. And often, the last 20% is where things start to make sense for the player. Before that, communication and messaging aren’t solid, or even there at all. People may play your game before this stage and have a hard time understanding what's going on, and if they don’t understand it, then they certainly won’t find it fun. This is why polish is so important. Assume that you will need to do everything three times before you get it right. This may sound crazy before you’ve made your first game, but trust me, three times is on the low end. Now, I’m not saying that you will have to completely throw out your first two iterations, but remember, each attempt is a learning process to make the next one better. I like to live my professional life by these simple words: a feature is never complete: it’s only stopped being worked on.

Be committed. Plan properly. But, most importantly, be realistic. Having a good idea is only the first step. Now you have to actually make your game. This guide should get you on the right track, and if you're ready to dive into the world of game design be sure to visit the Digital-Tutors library for in-depth game development tutorials taught by industry professionals.