Halloween Short Shows Lighter Side of Being a Skeleton

Creative marketing studio, Gentleman Scholar, was nice enough to pass along a Halloween animated short they've put together for one of their favorite holidays of the year. The video, entitled "The Trials and Tribulations of Being a Skeleton" is a tongue-in-cheek look at one of Halloween's most iconic characters, the lowly skeleton. The video is a compilation of some awkward moments the our flesh-challenged protagonist might face in the real world, from puberty to gravity, sports, and first dates. The skeleton animation is done in a stop-motion style, and the entire project pipeline contained Photoshop, Maya, ZBrush, After Effects, and composited in Nuke. Below is the video along with a break down of our favorite CG/VFX moments. *Note: the video contains a few adult situations.* 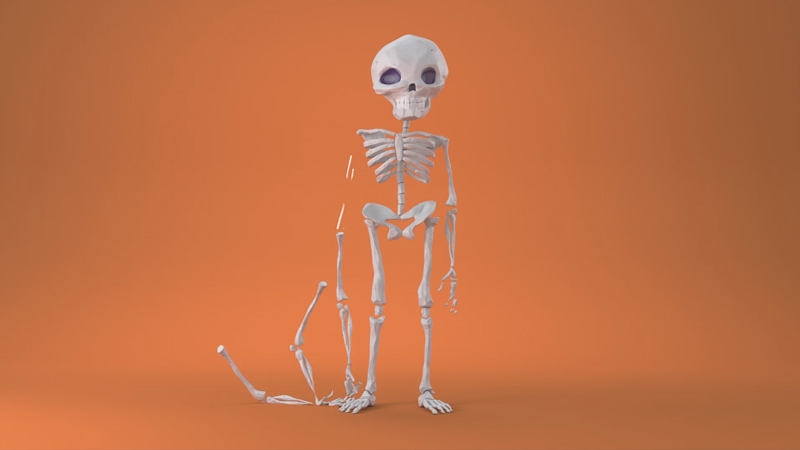 This "Gravity" moment provides a good example of free-falling object animation as the Skeleton's arm succumbs to force's pull. You can see the adjustments GS made to the arm as it falls, bending the elbow as it strikes the floor. The humerus (upper bone) falls inward as it would if there were actual cartilage holding it to the ulna and radius. It then springs out again until finally resting on the floor. Notice also the addition of 2D action lines that suggest the movement and direction of the falling arm. 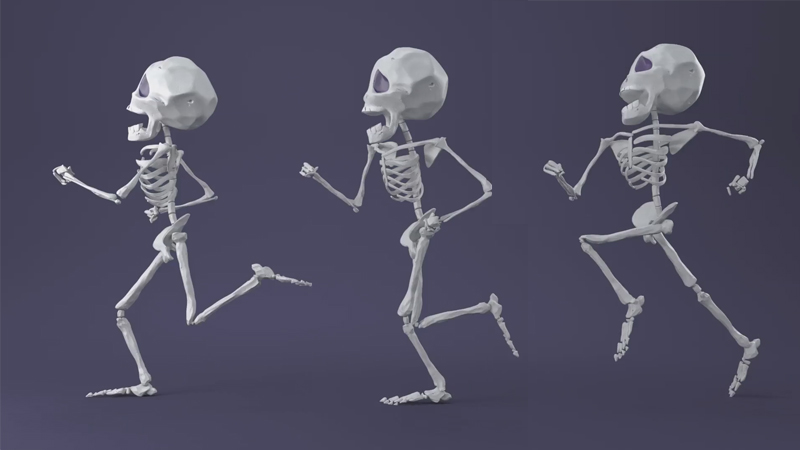 This compilation shows a good understanding of the basics of bipedal movement while running and its need for balance. The first (right) Skeleton's bent leg is lifted high, projected outward, with the head thrown slightly back to balance the body's forward momentum. Each arm swings in the same direction as its opposite leg. This pumping action provides the balance needed to make the Skeleton's movement feel realistic. As it lands (middle), the Skeleton's body becomes straighter with the head moving forward, situated slightly ahead of the forward foot. Finally, (left) the Skeleton lands again and the head begins its backward movement once more. 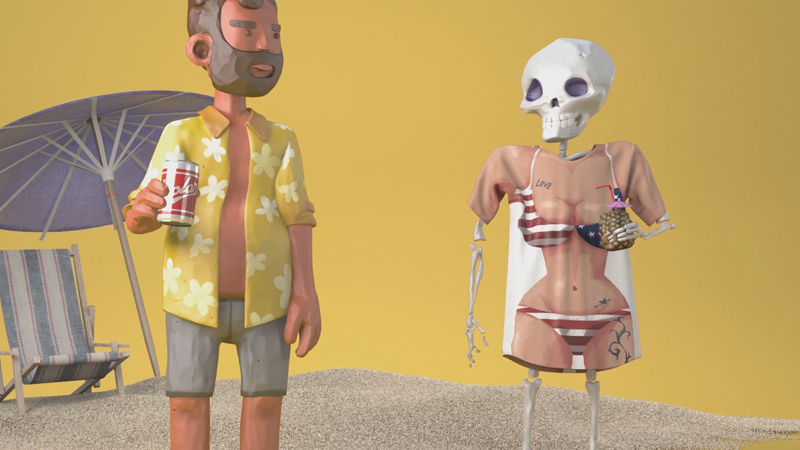 This enigmatic scene depicting the Skeleton wearing a buxom, bikini-clad beach-goer leaves a lot of room for interpretation. However, what's for sure is GS's skill at cloth deformation sims. The shirt's folds are deepest at the elbows, emphasizing the Skeleton's lack of musculature and padding and adding a deep irony to the shirt's rounded hips and ample chest.

Two of our favorites scenes involved the skills of the animators and designers to create some very funny moments. The first honorable mention goes to the facial expression of the Skeleton just before getting dodge-balled to pieces. Really great job of funny, wide-eyed realization just before impact. We also love the fact that the wrist bands actually float around the wrist bones rather than hang there. 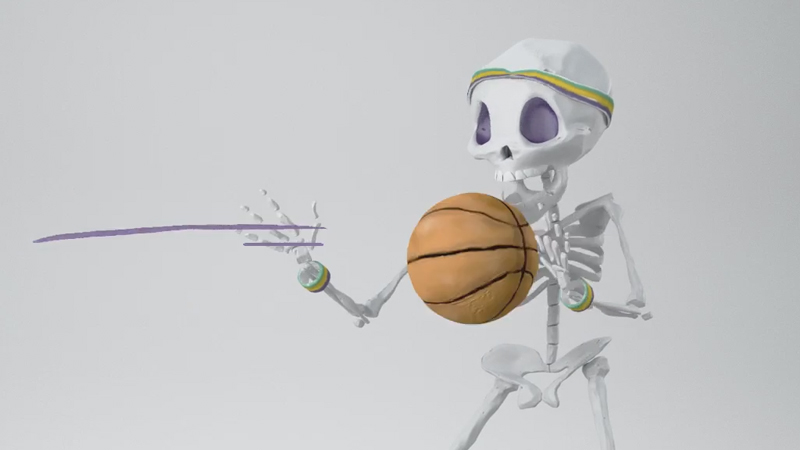 For us the funniest part of this "First Date" segment wasn't just the accidental groping, but the shiny purple couch with green piping. There's not much left to say. It's just an awesome couch that looks like it's made from shiny lavender pleather! 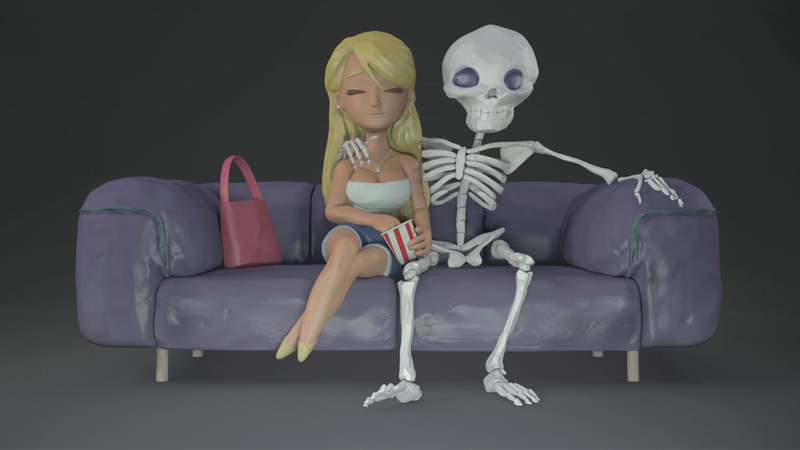