Happy Star Wars Day: May the 4th be with you!

There have been many important historical events that mark May 4th as a special day. For example, on May the 4th, 1905 the US began construction on the Panama Canal. Al Capone was convicted of income tax evasion on May 4th, 1932. Margaret Thatcher was elected the UK's Prime Minister on on May 4th, 1979 becoming the country's first female prime minister. However, today you probably won't see throngs of followers gathering to celebrate shipping canals or fanatical fans dressed in dowdy power suits. The same can't be said, however, of the millions of sci-fi fans around the world who join in the infectious hullabaloo that is Star Wars Day. For many fans of George Lucas' epics, May the 4th marks a special day to celebrate the books, cartoons, films, toys, characters, and video games that make up the franchise. [caption id="attachment_43725" align="alignnone" width="800"] 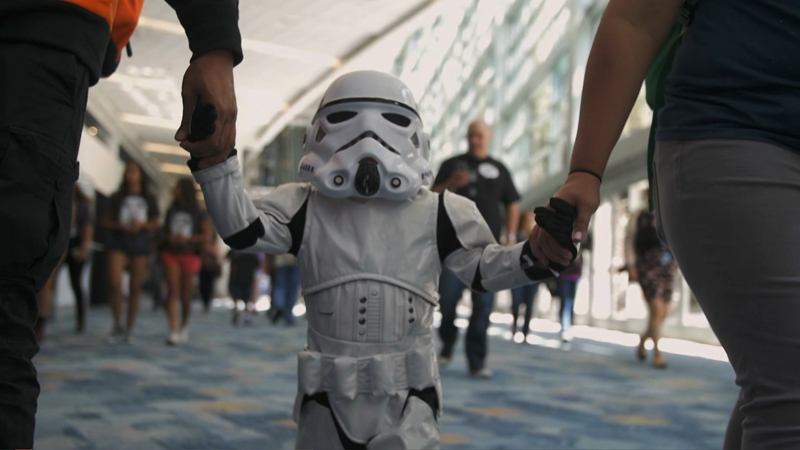 Image from www.starwars.com[/caption] Star Wars Day has, in fact, a direct connection with Margaret Thatcher. According to StarWars.com, the first reference to the holiday's tagline (May the 4th be with you) first appeared the day the Iron Lady took office. Thatcher's conservative political party placed a congratulatory advertisement in The London Evening News that stated "May the Fourth Be with You, Maggie. Congratulations." In 2011, the first organized celebration of Star Wars Day took place in Toronto, Ontario, Canada at the Toronto Underground Cinema. Produced by Sean Ward and Alice Quinn, festivities included an Original Trilogy Trivia Game Show; a costume contest with celebrity judges; and the web's best tribute films, mash-ups, parodies, and remixes on the big screen. Since then, Star Wars Day festivities have spread across the globe from London to West Texas. [caption id="attachment_43723" align="alignnone" width="800"]

Star Wars Day in Rome. Image from www.starwars.com[/caption] Both Lucasfilm and Disney have, of course, embraced the kinetic frenzy the fandom has spawned and StarWars.com along with several media channels helps spread the world every year. The Star Wars Day Facebook page lists numerous events across the globe that include film screenings, costume competitions, special guest appearances, and the like. So get out your light sabers, pin on your Princess Leia hair buns and have a great time. Happy Star Wars Day!