Season 3 of Netflix's original series House of Cards was released this Friday, and so too the epic saga of its anti-hero protagonists, the Underwoods. In addition to its critical success, House of Cards has also benefited financially from a savvy product placement campaign. Apple laptops and iPads are a consistent staple of its set props, and in Episode 5 of the newly released series the mobile puzzle game, Monument Valley was given a starring role in the story line. 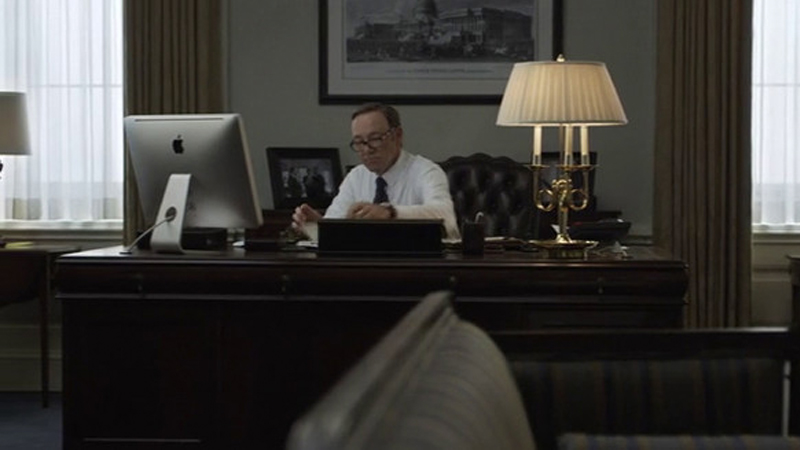 Created by UsTwo studios, the game was released for iOS last April, and received generally favorable reviews from critics who praised its geometric, M.C. Escher-esq design. It's relative ease of difficult and short story line made it a popular app for Apple devices. According to its Wikipedia article, the game won a 2014 Apple Design Award, was named Apple's best iPad game of 2014, and sold over two million copies by January 2015 . In the House of Cards episode, Frank Underwood is shown playing Monument Valley on his iPad. Later he is so inspired by a review of the game, written by a marginally successful Southern writer, to persuade the same author to pen a propagandist biography for the diabolical president himself.  In Monument Valley, you guide a princess named Ida through mazes of optical illusions and impossible objects. Ida's journey is one of seeking forgiveness for something she's done, and the player finds out what this is by the end of the game. Thematically, Ida's circuitous journey echoes the similar path Frank Underwood takes in his Machiavellian rise to the Oval Office. 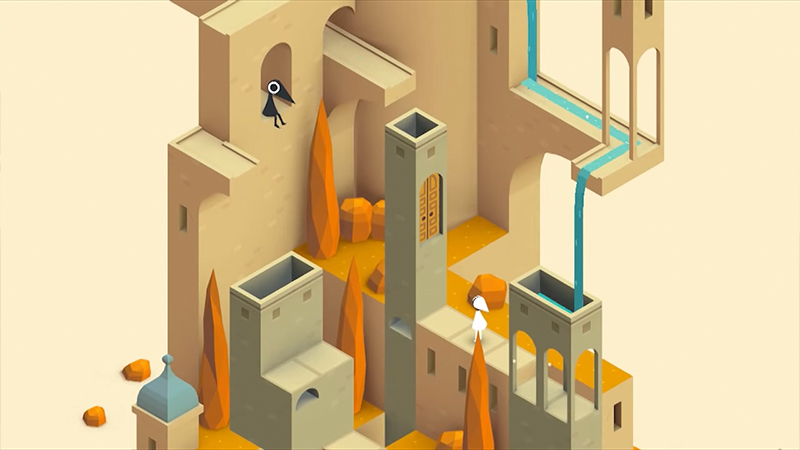 The connection between Monument Valley and House of Cards is a natural one. Frank Underwood's and Ida's mysterious and dark backgrounds serve as an intersecting theme for episode 5 and the series as a whole. Of course Netflix, Apple and UsToo all stand to benefit financially from this cross promotional strategy. It's an approach that shows the growing inter-connectedness and complexity of content marketing strategies that looks to work increasingly across media. In addition to their filmic adaptations, the House of Cards episode show that video games are now seeing an expansion into major television markets, not only for marketing opportunities, but as motifs that enhance a story's artistic merits. This may suggest something about the growing reputation and acceptance of video games as an art form overall.