The director of Pixar's UP, Pete Docter, was recently interviewed by CNN about the studio's newest feature, Inside Out, which examines the feelings inside the head of a an 11-year-old girl. In a strangely similar way, Docter's interview about the film also provides an interesting looking inside the mind of an accomplished and talented animator. Here are three valuable nuggets of wisdom Docter shared during the interview that can help any level of animator.

"I think the secret sauce to animation, like anything, is truth, So even though [animators are] taking people to these far out places and showing them characters that you'd never believe are alive, we're seeing something of ourselves on the screen."

The idea here is to emotionally connect your audience to your characters, no matter how different they are. One of the best ways to connect emotionally is to use universal themes and common experiences. Themes such as individuality, death, coming of age, innocence, loyalty, parent-child relationship are all common emotions and human experiences. You can think of universal themes as already-written, prepackaged narratives that provide background information and motivation for your characters. For example, Docter uses several of these themes in the opening sequence of UP to help the audience connect emotionally. During the sequence, we watch Ellie and Carl's relationship--from adolescence to old age--within only a matter of 8 or 9 minutes! Yet the amount of characterization and emotional connection created is impressive. [caption id="attachment_44703" align="alignnone" width="800"] 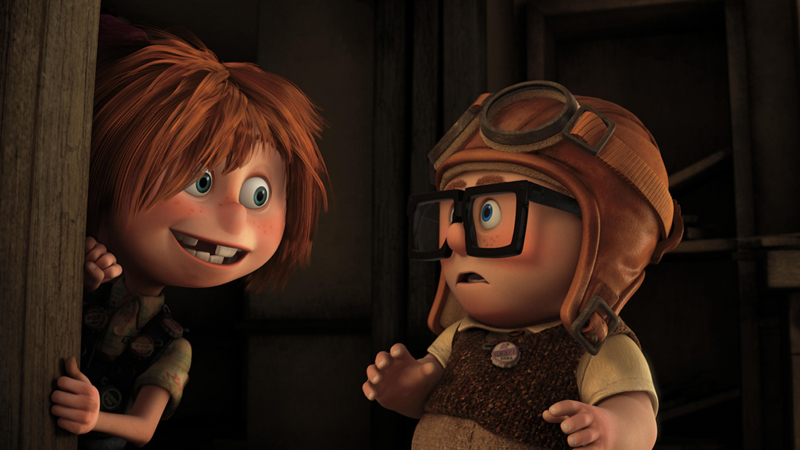 © Disney, All Rights Reserved, Disney Entertainment[/caption] One reason for the sequence's effectiveness is its reliance on universal human experiences to help"tell" Ellie and Carl's story. The short story is essentially the life cycle of a person, from birth to death (i.e. Ellie), something most of us already understand. In addition, there are also the themes of love, friendship, adventure, coming of age, innocence, and sacrifice. All are pre-known "stories" or meta-narratives that help flesh out the actual story while motivating the characters' actions. [caption id="attachment_44704" align="alignnone" width="800"] 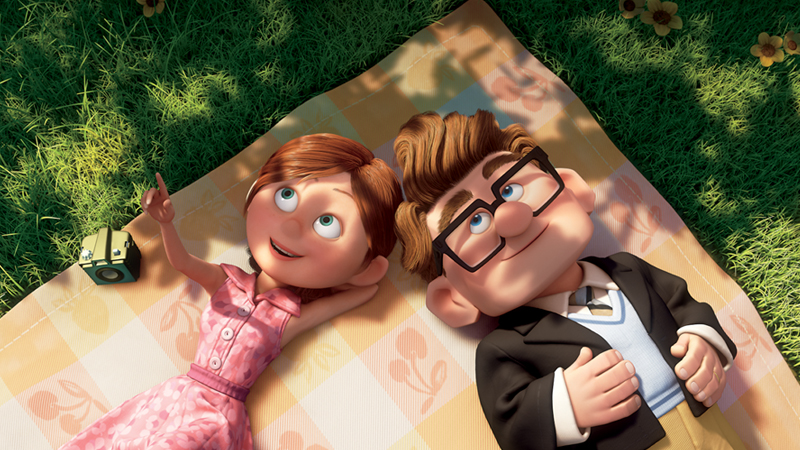 © Disney, All Rights Reserved, Disney Entertainment[/caption] Proof of the effectiveness of Docter's approach is evident within the fact that very little is actually said within the entire initial sequence, particularly after Ellie and Carl's wedding. The story is almost exclusively told through character actions (i.e. animation) and setting, while the universal themes help fill in the narrative gaps and prompt emotional responses within the audience. [caption id="attachment_44717" align="alignnone" width="800"] 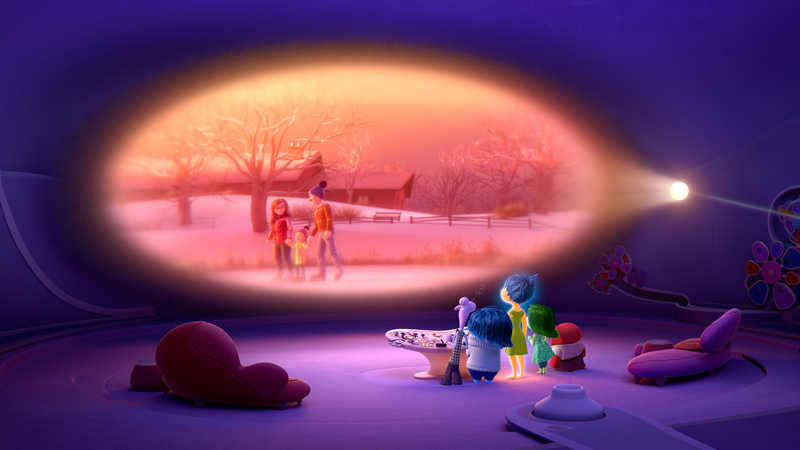 "People are funny -- they are able to project personality onto anything. I remember as a kid I spent a $5 bill once and felt so bad because the other $5 bill was now going to be lonely without all the other bills I had in my wallet. You just invest these dead things with a sense of life. That is our tendency as people, so animation takes advantage of that, grabs on to it and runs with it."

The childhood tendency to imbue feelings and emotions onto inanimate objects is an essential part of telling animated stories. The entire Toy Story franchise is based on this premise. However, as Docter suggests, good animators never really loose this ability/fascination with anthropomorphizing objects or understanding what their actions can "say" to an audience. All objects usually have some type of social meaning connected to them. [caption id="attachment_44709" align="alignnone" width="800"] 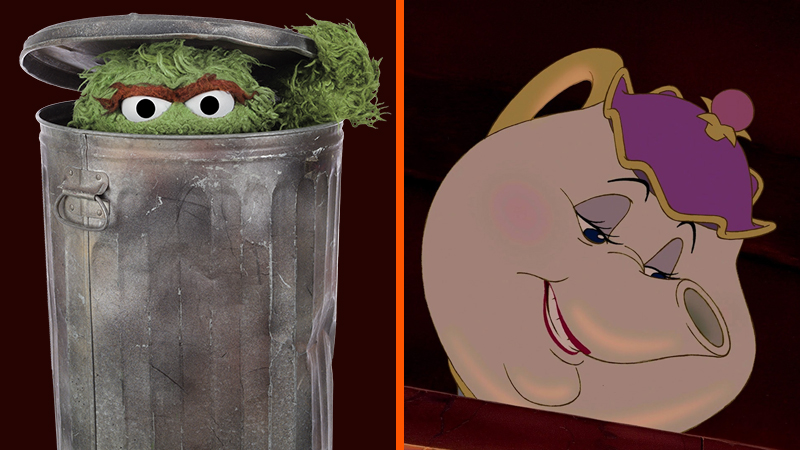 © Disney, All Rights Reserved, ©2015 Sesame Workshop[/caption] Take for example a trashcan versus a teapot. What type of personality would you create for each? What gender would you assign them? Probably most of us would have approximately the same answer: the trashcan would be male and vulgar while the teapot would be female and delicate. For most of us, these personality traits seem to correspond to our understanding of what a trashcan and teapot are. Of course, this goes for human characters as well. We usually think specific things about a garbage man versus a tea-serving maid. During the interview, Docter actually demonstrates how the studio used these cultural values when creating the Inside Out characters: Anger and Fear (6:30-7:30). "We try to start with simple shapes because we're after a sort of essence. So Anger is this square, he's like a brick. He's all about the brows because he's trying to hold it all in. I would keep his arms contained within the shape of the body because he's going to be angry. He's trying to hold it in and not explode." [caption id="attachment_44687" align="alignnone" width="800"] 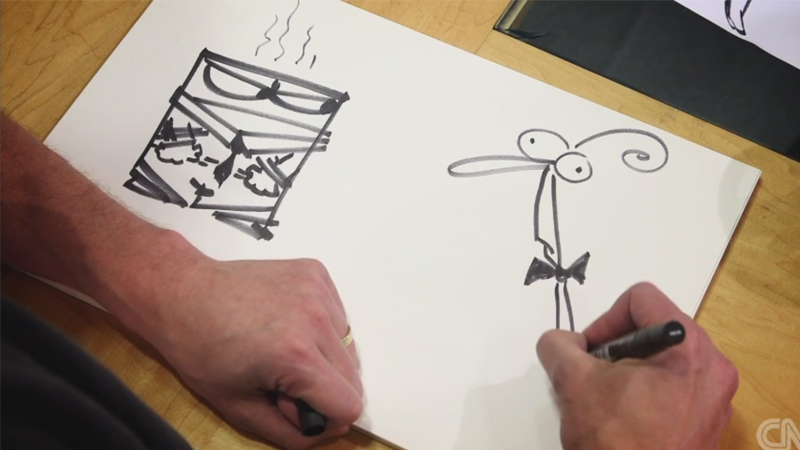 © 2015 Cable News Network. Turner Broadcasting System, Inc. All Rights Reserved[/caption] The director's explanation shows how something as simple as a shape contains specific cultural values: a square is edgy, abrasive, aggressive, containing (anger), etc. Of course, Anger's foil is Fear who, not surprisingly, has a completely opposite appearance--long, lanky, thin, bug-eyed with a bow tie. It's essential for animators to foster an awareness of the types of social values placed upon things and people. Usually this means paying attention to the way objects and characters are used within other forms of art and entertainment. That's why watching other animators and animated films is one of the best ways to grow as an artist yourself. However, it's also important to listen to real people too, especially when it comes to new cultural artifacts like new occupations, generations of people, technological devices, etc. What type of personality would an iPhone have? You'll notice in Docter's quote that he compares Anger's squarish shape to a "brick". That's because brick are often associated with aggression and danger, especially in the world of cartoons. Using brainstorming techniques like free writing or free association can help you make these types of connections and generate new ideas for animating characters. [caption id="attachment_44715" align="alignnone" width="800"] 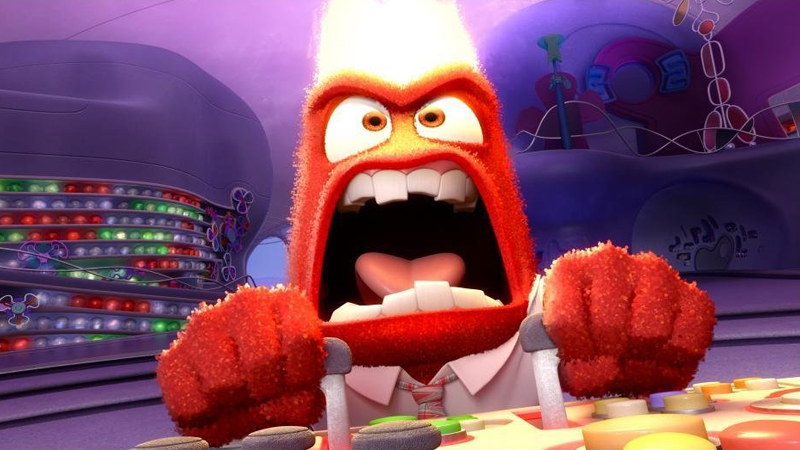 "A great animator is basically a great actor. Yes, they have technical skills: they can draw, they can operate the computer, they can create beautiful movement. But fundamentally, they're thinking about what's going on inside the characters' heads. They're always thinking about what is causing that movement. So it's not movement for movement's sake."

What Docter is saying essentially is that character motivation should always precede animation. Often you will hear a real actor asking the director, "What's my character's motivation in this scene?" That is, what does my character desire. Is it to escape? To fall in love? Maybe it's to fulfill a promise? Knowing what motivates a character first will help make many of the performance decisions for the actor. Since animation is simply vicarious acting in a way, the same motivations should be considered. [caption id="attachment_44718" align="alignnone" width="800"] 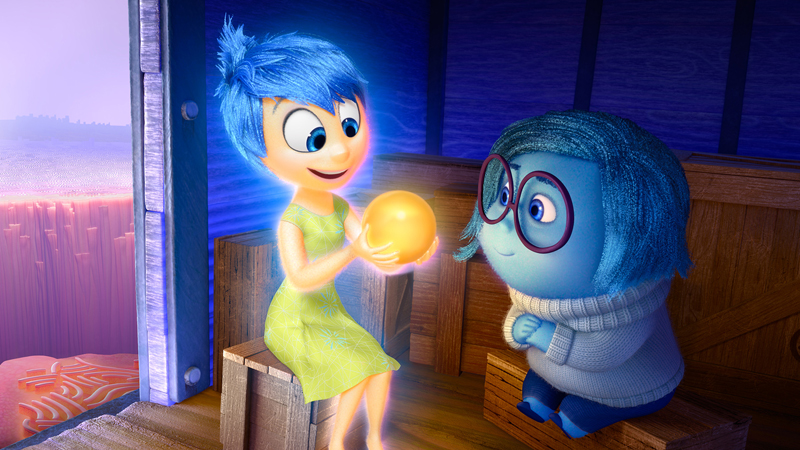 © Disney, All Rights Reserved, Disney Entertainment[/caption] The idea of motivation before animation is similar to universal themes with respect to connecting with your audience. The audience should be able to see themselves reflected within the feelings and motivations of your characters. "Seeing" themselves, of course, doesn't simply mean they recognize the character's physical movements as realistic. Rather what they are gauging is whether the character's feelings and reactions are realistically motivated ("That's exactly the way I would feel too!"). Of course, the way you convey these emotions and feelings is through what your character say and do (i.e. animation), but it's essential to begin with what they desire first if you want it to be more authentic. Often its a good idea to act out your character's scene yourself and record video of your performance. Many times you can catch subtleties that you may not have otherwise noticed, whether it's a certain way of blinking, hand movements, etc. Such subtleties can often speak louder than normal actions if they correctly convey motivation. Even overly-exaggerated, cartoony movements can benefit from such realistic touches.