One of the biggest things designers need to be experts at is both giving and receiving feedback or critiques. There are a lot of different platforms available for you to get eyes on your work so you can start getting some of that feedback. Sites like Dribbble and Behance are out there for you to upload your designs and for people in the design community to tell you what they think about them. They're also great places to start building a portfolio. There's another platform available to designers that's a little different than Dribbble or Behance, and that's Hunie.co. Hunie was created by Damian Madray, an award winning Guyanese designer who lives in San Francisco. He has 10 years of experience and his work's been featured in The Huffington Post, Applied Arts Magazine and Slate. What makes Hunie different from other portfolio-like sites, is that it's a platform which makes it simple for designers to learn and improve their work through constructive peer-to-peer critiques. Hunie has evolved from DesignersCouch, originally a community on DeviantArt, to be a community that makes it possible for more direct critiques. "It’s a really small, tight community of designers who really care about helping each other advance in their design skill set," Madray said.

Instead of just leaving your comments about an image underneath it, Hunie makes it possible for you to leave a little pin drop, also known as annotated comments, right where you'd like to make your comment. "There are a lot of tools that have been used for this sort of annotated feedback, but they’re usually client-based, so basically a freelance designer can submit to the client and hear back from the client," Madray said. "I took that model and put it into Hunie, which is more community oriented." 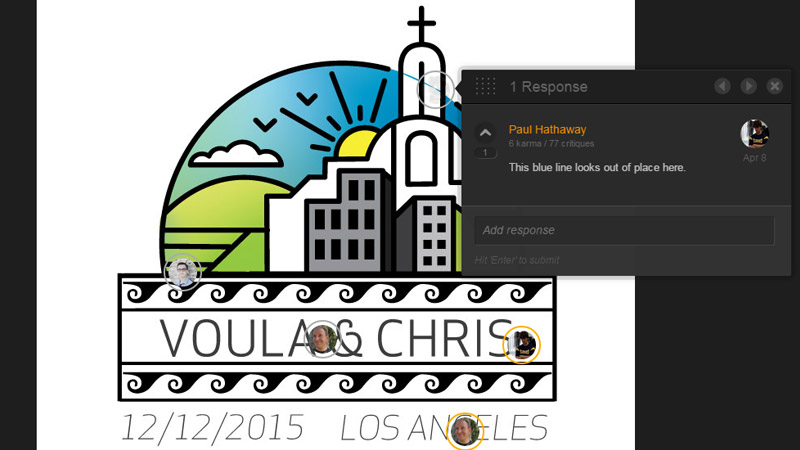 Right now any designer can apply to the Hunie community, as long as they have a portfolio to submit. "We have an invite process," Madray said. "It’s very inclusive, but at the same time we have to be careful about how we on-board people, because Hunie is not just a community or a product, it’s also a culture thing. The culture we’re building in the community is one where designers are OK with getting critiques. They like giving critiques, they like receiving critiques and helping each other." Madray pointed out that a lot of designers aren't getting formal training anymore, which can lead to a lack of understanding how to truly give and receive great critiques. "When I say critique, it’s not even just about bad things, but about pointing out the good things and why it works," Madray said. "Then our designers can see why decisions were made. I think that’s helpful for the general design community." Sometimes you might not like or agree with the critique that someone has given you, and Madray says that's OK. "If someone gives me feedback, and I don’t agree with it, or I don’t like it for whatever reason, I ignore it! It’s as simple as that," Madray said. "If you don’t like the feedback or you don’t agree with it, you ignore it, you know, you say 'Thank you very much but I’ll do it my way' – end of story." Madray also understands that there's a lot of fear when submitting your work to get feedback from others and that other designers have fear as well. Hunie is a place where people are nice about giving feedback. Hunie also prompts the person giving a critique to remember that it's their opinion by adding the words, "In my opinion" in the input field. 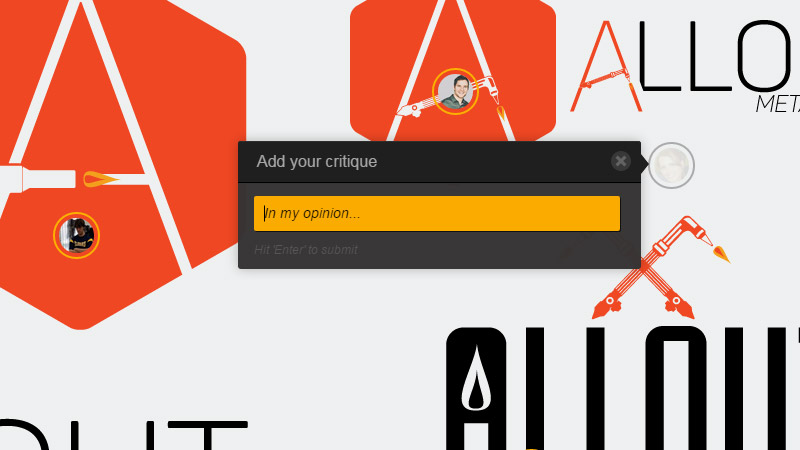 "You’re not their creative director, you’re not their boss, you’re not their client, so don’t structure feedback in terms of in a format that’s like, ‘do this, do that’," Madray said. "It’s more like, ‘Have you thought about?’ or 'Why don’t you?'. In my opinion, those are the best ways to start a critique because when you do it that way, the person is more receptive since it’s not so it’s not a commanding or authoritative thing. It’s more like, this is my thought, maybe you should think about it, that’s all I’m saying. When people do that, it’s easy to receive it, and that’s the culture on Hunie that I promote." If people don't fit into Hunie's culture of giving constructive non-condescending feedback then Madray said he has no problem deleting their account because Hunie's culture is the most important thing for a designer to feel safe when sharing their work. Hunie also has a place for groups, called Sync. You can make a Sync and invite as many people as you'd like to collaborate on projects. The projects that are shared in a Sync are private and will have their own subdomain on hunie.co. "We believe that designers want to give and receive constructive feedback," Madray said. "We want to facilitate that. The private space works for that, and you can build your own community on Hunie as well."