This Month in VFX History: Rotoscoping and Max Fleischer

We're all familiar with the term rotoscoping, but few of us know where this technique came from. This month we examine the history of rotoscoping by celebrating the birthday (July 19, 1883) of legendary animator, director and inventor Max Fleischer. He revolutionized animation in the early 20th Century and for future generations of VFX technicians by developing the technique. Although the term is used a little differently today, the concept of rotoscoping is still very similar in its basic approach when Fleischer first developed it. As a young man, Fleischer began illustrating for catalogs, news papers, and eventually got a job as art director for Popular Mechanics around 1912. Along with his talented with ink and pen, Fleischer was also gifted in designing and building a variety of mechanical devices. One of those devices would eventually become the rotoscope, which he patented in 1915 as a device to speed up the animation process for recording movement. 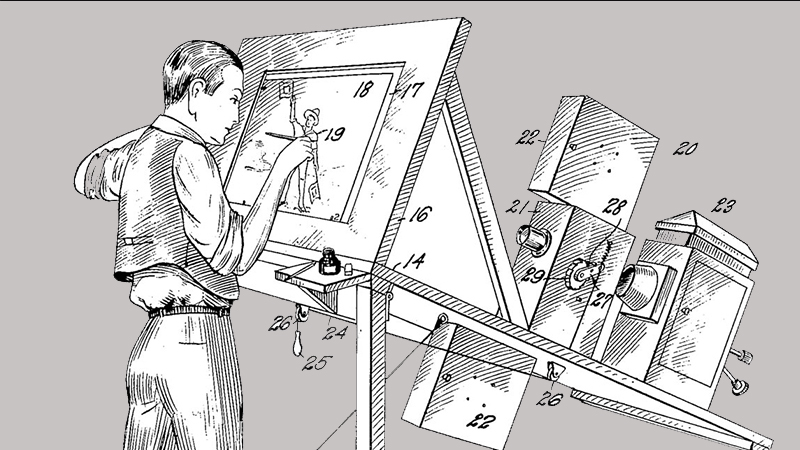 The rotoscope worked by projecting live action footage onto a frosted glass plate on which the animator could then trace upon. The image above was drawn by Fleisher himself for his rotoscope patent and shows an artist tracing around a character being projected onto the glass canvas. Early on Fleischer would use his rotoscoping technique to create a series of animated shorts called Out of the Inkwell, which featured his cartoon character, Koko the Clown, composed onto live footage. Fleischer's brother, Dave would serve as the stand in model for the dancing clown, and the animator would trace around his brother's movements, eventually transferring them to the Koko character. As an animator, inventor, and eventually a producer, Fleischer would go on to use the technique for his first feature-length project, Gulliver's Travels, in 1939. In the film Fleischer's studios would rotoscope a live action performance by voice-over artist Sam Parker who also performed as the stand in model for the live action footage. The film was a combination of Parker's performance as the gigantic Gulliver and his interaction with the smaller, more traditionally animated Lilliputian characters. The overall effect helped draw a stark distinction between the cartoon-ish and highly stylized look of the strange Lilliputians and the more realistic appearance and movement of the gigantic Gulliver. 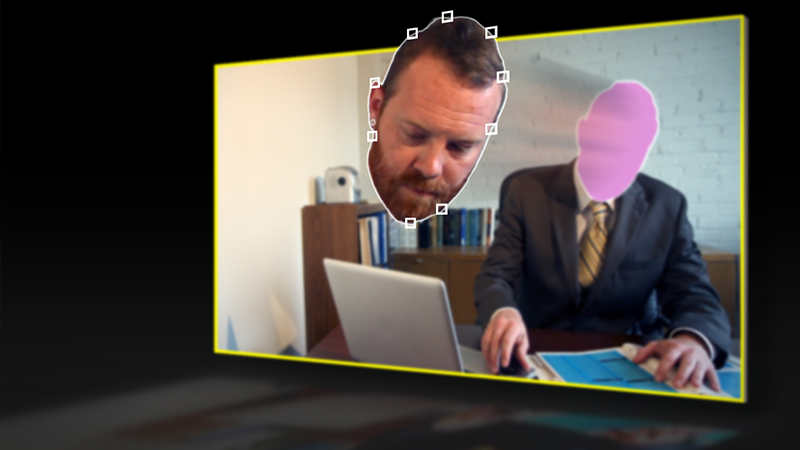 Fleischer's device and the process of rotoscoping he helped developed is the direct precursor to today's same technique in the VFX industry. In a way, you can see early rotoscoping goals as the first form of motion capture, which has evolved into a highly complex method involving specialized camera and marker systems. The matte and masking systems that software like Nuke, After Effects and Fusion use today is still based upon this same basic technique of isolating an image and manipulating it to your own needs. Innovations in VFX compositing continue to bring realistic fictional worlds to life in television series like The Game of Thrones and recent films like Dawn of the Planet of the Apes. These new frontiers in VFX began with the humble beginnings of animators like Max Fleischer who were looking for easier, more efficient ways to produce realistic effects. This month we salute you, Mr. Fleischer, for your entrepreneurial spirit and your important contribution to the way we work today. Let us know about some ways you use rotoscoping in your work flows by commenting below.