We had some wonderful experiences at NAB last week. We heard first hand from experienced professionals who've given us tips on molding a first-rate freelance career to the future potential of virtual reality. We also got to see all of the wonderful companies that populate the NAB expo floor. There were tons of exciting new film and video production products from the new line of Blackmagic cameras to new 12K laser projects whose clarity will blow your mind. As awesome as these things have been, they lack a little when compared with some of the conferences social events. One of these we were fortunate enough to attend was MAXON's Pinball Party, an annual event the company hosting at the Pinball Hall of Fame for several years now. 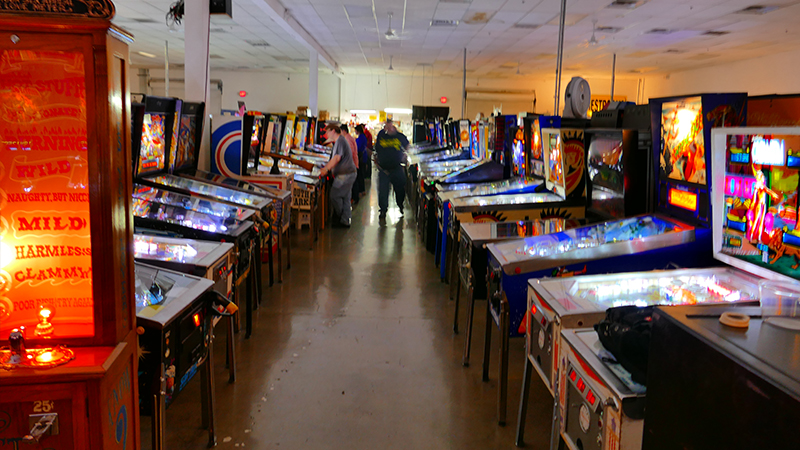 Started in the early 90's by founder and Michigan native and arcade owner Tim Arnold, the PHoF is a iconic Las Vegas venue for game enthusiasts. Located on Tropicana Avenue, the arcade contains some 200 games housed in a nondescript warehouse with scant signage. However, inside the facility, pinball and arcade lovers can find some of the greatest pinball machines and arcade games from the 70's, 80's and 90's. We met President of MAXON USA, Paul Babb at the PHoF as he welcome droves of company employees, friends and family to an fun night of drinks, food, and games. Serving up pizza outside was Engine 1 Pizza, a real life fire engine outfitted with a custom oven built inside.

The pepperoni pizza we had was certainly the best we've eaten from a fire truck. However, the real fun was inside. That's because walking into the PHoF is like taking a trip back in time. There's that distinct metallic sound of pinball machine buzzers, bells, and flippers that greets you as you enter. Then there's the flashing multi-colored lights, glowing score counters, and the wide variety of themes and artwork that cover each machine's chassis. As is often touted by hardcore pinballers, these machines really are beautiful works art. MAXON's Pinball Party is much more than just a fun social event. It's also a charity fundraiser. That's because the PHoF is a non-profit organization. Approximately 20 cents of every quarter patrons slide into the slots go to fund national and local charities. This is something Tim and his approximately 20 volunteers are passionate about. Many people come from all over the country to visit the Museum and help out. We spoke with one volunteer who came all the way from Baltimore just to help with maintaining the facility and machines. We even got to watch Tim at work on a vintage pinball game, bringing it back to life with a soldering iron and pair of pliers. 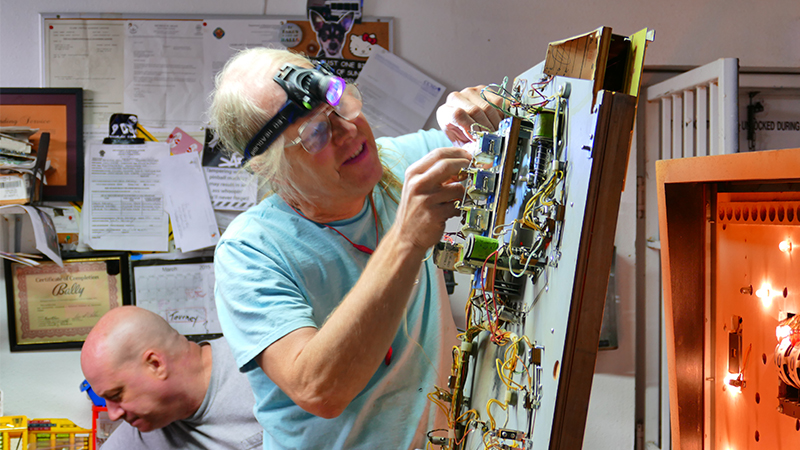 The PHoF houses some of the rarest pinball machines in the world...and you can play them! Tim is known around the world, and often companies and individuals will donate pinball machines to the Museum. One of these was Circus Circus, a prototype of a circus-themed machine that let's players actually move the ball vertically through a series of ramps, down an elephant's trunk and into the top of a clown's head.

Before it was released, Circus Circus was overtaken in popularity by an Indiana Jones title and its investors ultimately scrapped the project, but donated one of the two existing prototypes in the world to Tim. For the video game lover, the PHoF also has some great originals like Donkey Kong, Ms. Pac-Man, Star Wars, Astroids, Robotron, Defender, Punch Out, and Tron to name a few. We were like kids in a candy store. 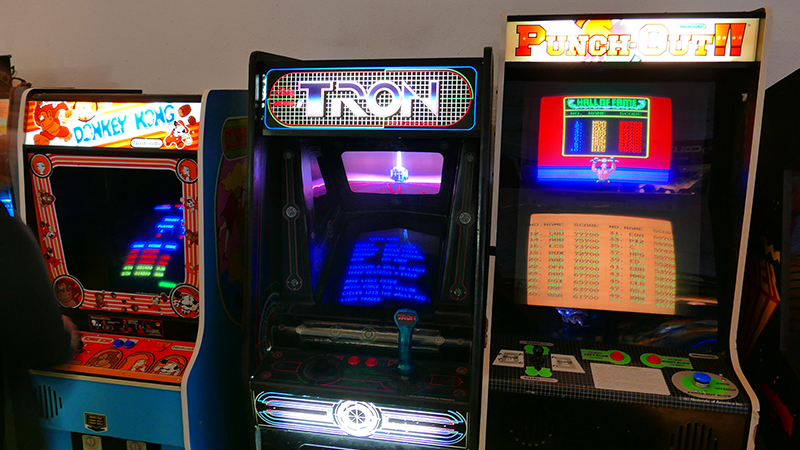 We wanted to say thanks to MAXON, the Pinball Hall of Fame, and Tim Arnold for temporarily transforming us into kids again by sharing their insanely entertaining and beautiful arcade games.