Note: We currently have a promo where you can watch the Introduction to ZBrush 4R7 for free until May 31st. To get started, follow this link.  The recent release of ZBrush 4R7 has seen a lot of improvements to the software, bringing with it even more reasons to dive into this powerful sculpting application. ZBrush 4R7 is the last release of ZBrush in the 4 series before eventually moving onto to ZBrush 5. However, this doesn’t make the release of ZBrush 4R7 any less significant because this is the most extensive release since ZBrush 4. In this article, we’ve outlined some of the biggest improvements to the application and how each one can benefit you and your workflow. 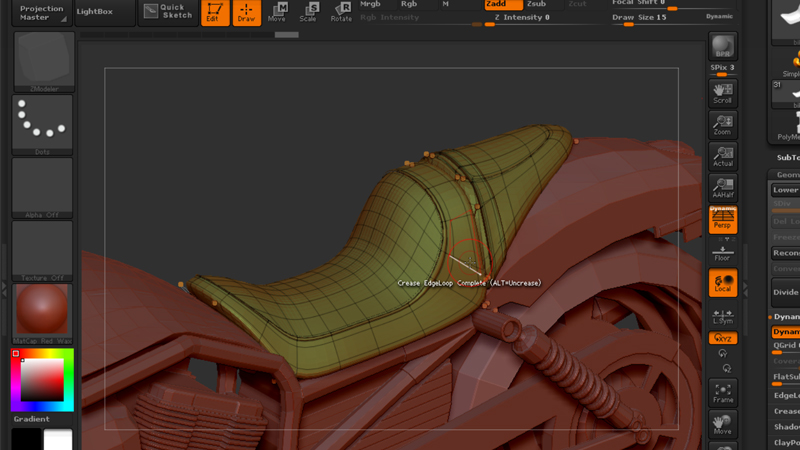 We all know ZBrush as a perfect application for organic sculpting, allowing you to create things like creatures, characters, plants, and trees. Anything that isn't machined and requires a lot of finesse is something that ZBrush strives to do. Typically, when working with hard surfaces, you’d create it in an external application like Maya or 3ds Max and bring it into ZBrush for further detailing. Simply because it’s much faster to get those hard surfaces whether it’s a helmet, sword or vehicle, using a box modeling or edge modeling method. However, in ZBrush 4R7 using an external application for quick rough shapes isn’t necessary with the introduction of the ZModeler Brush. The ZModeler Brush allows you to use a box modeling method directly inside of ZBrush allowing you to create hard surfaces in minutes. The brush can not only be used for creating hard surfaces it can also be a useful replacement for ZSpheres, which is a typical workflow for establishing a base mesh. If ZSpheres aren’t your thing, the ZModeler brush may be exactly what you need. The way you work with the ZModeler brush is probably completely different than how you would model in a regular 3D app like Maya or CINEMA 4D. ZBrush still keeps its very fluid and fast workflow, and modeling with the ZModeler brush feels very much like you’re still sculpting. It can take some getting used to, but once you’re comfortable with the tool you’ll be able to create amazing hard surfaces in minutes utilizing the many tools inside of the ZModeler brush.

While the 64-bit edition is not part of the “official” 4R7 release, you can still gain access to 64-bit ZBrush through the beta. Pixologic has said there are still some issues to iron out with the 64-bit version, but if you want to make full use of your RAM then taking part in the beta is something worth doing. Pixologic plans to release a 64-bit version of ZBush in version 5, as any bugs can be fully ironed out at that time. Until the 64-bit version was announced, ZBrush could only support 32-bit meaning every ZBrush user has been eagerly awaiting 64-bit support for years. This is definitely a welcome improvement to the application allowing you to take advantage of all your available memory and processing power. 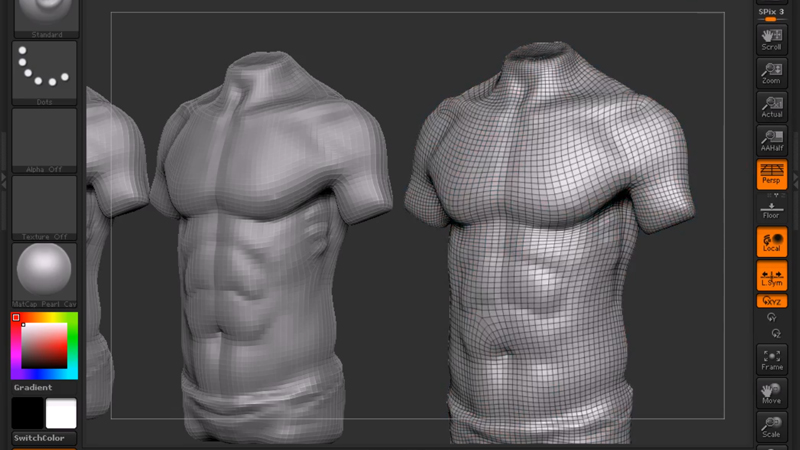 ZBrush is known for being able to handle millions of polygons with ease. However, just because you can work with millions of polys doesn’t mean it’s always best to work with that high of a resolution. Since having a mesh with millions of polys just isn't realistic, retopologizing a mesh is a standard process when it comes to modeling. ZBrush introduced ZRemesher in previous versions, which is a fantastic retopologizing tool that literally retopologizes your model for you in a matter of seconds. Pretty awesome, right? The only problem with ZRemesher is the fact that it often produced very strange edge flow, resulting in spiraling edges that not only created strange artifacts, it just simply wasn’t clean topology. Luckily, Pixologic has remedied this known issue in ZRemesher 2.0 by completely removing those spirals that occur when the tool is used. Now you can retopologize your entire model without any issues, giving you a one-click solution for many topology problems.

What may seem like a somewhat insignificant addition is actually extremely beneficial. The Replay Last Relative function allows you to recreate the exact same stroke, or change you made to the model instantly. This also comes in extremely handy when you’re working with ZModeler. Say, for example, you extruded a polygon out and the length and with you created is perfect, however, maybe you want to create the exact same extrusion on a different polygon. Well, you can just click on the polygon and it reapplies that exact same extrusion with all the same parameters. You can do this same thing for strokes you create as well. Maybe you applied a wrinkle on one area of your sculpt, and you want this same wrinkle somewhere else, you can do that using Replay Last Relative as long as the point of view remains the same.

This is definitely a welcome addition to ZBrush users. FBX import/export as finally found its way into the application. You can now import and export FBX files. The FBX plugin supports displacement maps, normal maps and textures as well as blend shapes based on layers and more.

Another great new feature in ZBrush 4R7 is NanoMesh, which at a very basic level is a particle system inside of ZBrush. Similar to Array Mesh you can edit the original mesh whether it's sculpting more detail or even adding UVs, textures and displacement maps and these changes are instantly applied to all instances. The purpose of NanoMesh is to not only experiment with shape and form, but it also lets you create a tremendous amount of detail in a matter of minutes. For example, the bark of a tree can be created in seconds by first creating the basic bark sculpt, applying a NanoMesh and instances it across the surface of the tree. NanoMesh gives you a wide range of parameters, letting you randomize shape, form, surface placement and more. 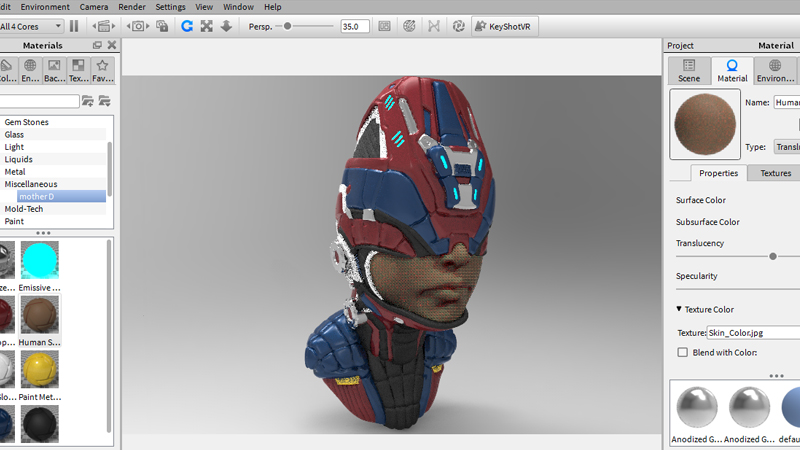 Typically, when you need to create a render for your model from ZBrush you’d export it to an external 3D application like Maya or 3ds Max. Simply because ZBrush didn’t have the highest quality rendering capabilities. This however, has changed with the brand new ZBrush to Keyshot bridge. Keyshot is a high quality rendering application that has been fully integrated with ZBrush. It allows you to seamlessly transfer your models directly from ZBrush straight into Keyshot, including all materials, geometry procedural noise, PolyPaint or textures. Basically, if ZBrush can display it, Keyshot can render it. Of course, in order to take advantage of Keyshot in ZBrush you’re going to need to own a license of Keyshot. Luckily, Keyshot and Pixologic have partnered to provide you with a version of Keyshot strictly for the use with ZBrush for $349. If you already own Keyshot then you just need to purchase the ZBrush to Keyshot Bridge which is $149. While these were some of the biggest enhancements to ZBrush it certainly doesn’t stop there. Pixologic has also packed ZBrush 4R7 with a slew of more minor additions, but not any less helpful. For instance, the UV Tiling function is now completely interactive. You can now copy/paste your Tools across projects, SubTools and even geometry. Among a wide list of many other improvements to the application.   It’s apparent that ZBrush is trying to become more of that all-in-on 3D application, with the new ability to take a box modeling approach similar to what you would find in an application like Maya to create base meshes, or even complex hard surface models. The need to utilize multiple 3D applications along with ZBrush is becoming less and less and with all these new enhancements it makes ZBrush all that more powerful. To learn more about ZBrush 4R7, check out our new Introduction to ZBrush 4R7 tutorial or listen to our PixelHub podcast with Justin.