The topology of a character is the way the edges are connected to one another and flow across the body. Topology is an important technical consideration and has an impact on the way the character deforms when animated, what the silhouette looks like, and how readily the model can be integrated into a game engine. It should be appropriate for the application, but shouldn't be of primary concern when initially creating your character. Forgetting about the topology in the initial stages of concept and model creation frees you up to concentrate on the forms, shapes, and details that will make up the model's visual look. Gamers and audience members care how a character looks, and if it's realistic enough or matches the style of the game. They aren't concerned about a model's edge flow or poly count unless it causes a visual issue like pinching or slow down of the game. So it makes sense as an artist to focus on the look of the model and then let the topology flow from that, rather than building the set framework first and then trying to fit a design into a constraining cage of polygons. This is where retopology comes into play. Retopology is the act of creating a new, optimized base mesh from a finished model or sculpt. There are a couple of general categories of these retopology operations. 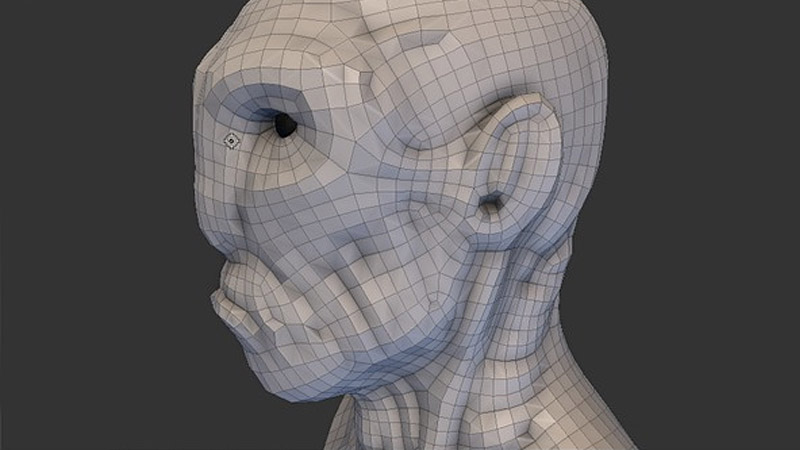 Some applications have methods for automatically calculating an optimized edge flow based on existing details. Both Mudbox and ZBrush have methods for achieving this. Typically you'll take your high resolution sculpt and then choose a target polycount. You can also change settings that will allow the program to adjust the polycount density based on the level of detail in specific areas. There will also usually be some method of guiding the topology. It's still calculated automatically, but you can draw out guides on top of the model to suggest the direction of the edge flow. The downside is that you can't get complete control over the topology with this method, but it does have the advantage in speed over manual retopology. 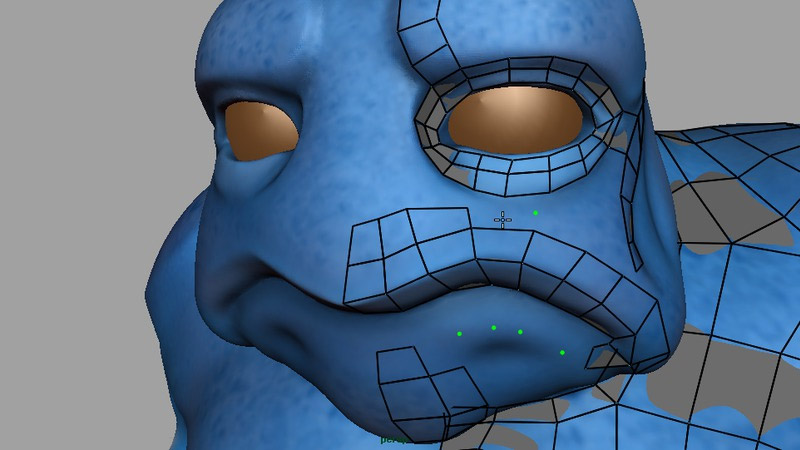 In manual retopology operations, the high resolution model will be set so that new points can be drawn directly onto its surface. Then these points, edges, and polygons can be placed and configured manually based on the final detail, automatically snapping to the surface of the underlying model. This workflow allows for a very optimized and custom result without a lot of wasted polygons, but it can take some time. Many 3D applications now have support for manual retopology operations.

Once your new topology is generated, the final step is usually baking out maps like color texture and normal from the high resolution mesh to the new low-resolution topology. For now, technical considerations like topology and edge flow are still a concern for 3D artists, but by retopologizing your finished models, you can put your initial focus on the look of the model where it belongs. To put these different techniques to the test check out Retopology Techniques in Maya to get up and running with retopologizing your 3D models.