What to Really Get a Game Developer for Christmas

If you've got a friend or loved one who's a game developer, you may have no idea what to get them this holiday season. To those unfamiliar, the likes and dislikes of game devs can be quite hard to understand giving their complex and technical work and hobbies. No need to worry, however, because Digital-Tutors has compiled a list of books, games, consoles, work and personal items that are sure fire ways to please any game dev. Many of these gift ideas provide not only entertainment and/or productivity, but a much more important gift--creative inspiration. We've given you a brief description of each item, their price range, and and some links to retailers for easy access. Happy shopping and happy holidays!

This book is a very educational and takes a philosophical look at why video games are important. It helps show that games are an art form that undeniably rivals traditional arts. Also, drawing basics and video game art provides detailed explanations of game art techniques and their importance, while also highlighting their dependence on artistic aspects of game design and programming.

When it comes to game programming, C++ is the name of the game. If you know someone who is aspiring to move from game player to game creator, it all starts with learning the fundamentals of C++ and game-programming basics. With Beginning C++ through Game Programming, your holiday recipient will find an up-to-date and thorough introduction to everything they need to get started. 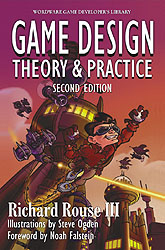 This seminal text is a must have for anyone serious about learning everything gaming. The book covers all aspects of game design, from coming up with a solid idea to writing the design document, from implementing the gameplay to play testing the final product. Also, included are detailed analyses of some of the best games ever made and in-depth interviews with seven of the industry's most revered game designers. 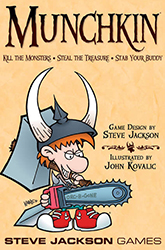 This popular card game will provide plenty of entertaining RPG hours for your special game dev and his or her cohorts as they fight their way through battle situations with incredibly hilarious weaponry. Munchkin appeals to the geeky nerd in all of us. If your game dev already has the standard version of Munchkin, consider any of the games many sequels or themed expansions.

Everyone knows that the life of a game developer requires intense focus. Most need at least half a dozen cups of coffee for peak performance. But knowing when to power up with another cup of Joe, can be a problem. Luckily the smart people at thinkgeek.com have this game themed mug that mixes heat-sensitive materials, retro game aesthetics, and a whole lot of morning fun.

Get even more retro with this original NES modeled controller that looks and play just like the original. Only the original wasn’t wireless and could transform your phone (android or IOS) into a small game console. The NES30 works best on touch screen devices like tablets, laptops, and phones. The buttons are programmable, and the controller even features added left and right bumpers.

Relieving stress for game developers is definitely part of the job! Why not also release a pandemic as well with these fun and colorful Infectious Disease Ball that squeezes out a funky fun gel. The balls come in four different flavors such as Bubonic Plague,  Smallpox, Cooties, and everyone’s favorite, Zombie Virus.

Something that’s likely to inspire your game dev to greatness playing one of the hottest, most beautifully rendered games out today! Available for current, next gen consoles and PC platforms, most of these game cost around $60 each.

Before buying a video game, however, you may want to add a new console to your cart before checking out. Here are the next gen consoles and handhelds. While a little higher in price, they’re still a great deal to help a game developer do more “research”.

Microsoft’s next generation Xbox One consoles come in two versions: with the Kinect (left) and without it (right) and run around $500.00 and $400.00 respectively. You might also think about your recipient’s gaming friends and add an extra Xbox One controller for another $60.

Surprise them with a PlayStation 4 for $450

Getting them a Destiny 500 GB Console Bundle would also include one of the most popular games of the year!

To really liven up this year’s holiday celebrations, consider investing your game dev in the Wii U 32 GB Console and Super Smash Bros game ($60). While the console is a great way to have fun, the popular Super Smash Bros will let them follow all of Nintendo’s favorite characters like Mario, Pac-Man, Donkey Kong and more as they smash each other across beautifully rendered 3D landscapes. It a game any game dev would appreciate.

Of course all game devs are in need of gifts that help with inspiring creativity and increasing productivity at work. Any one of the following will have them sending many thanks and appreciations to you this holiday season.

A great idea for a handy, portable activity tracker, the Fitbit Flex comes in a variety of different colors, tracks steps, distance, calories burned, and active minutes so devs can stay up on your active lifestyle. The LED lights on the top of the band show how your day is stacking up against your set goals. It also monitors how well you sleep and can wake you with a silent alarm.

Give a game artist what he or she really needs to produce beautiful works of game art: a pen tablet from Wacom. The Intuos Pro Tablet comes in 3 sizes and a special edition. All sport a multi-touch support that provides the much needed enhancements to the precision, control, and speed within their workflow. The tablets are great for modeling, texturing and everything else that goes with making great games.

You can really treat your game dev like royalty by giving them MWE Lab’s Emperor Workstation, a comfortable, immersive and aesthetically unique environment for all the long hours spent in front of computer monitors. The Emperor comes in two models, the 1520 and the LX. Although a bit pricy, these innovative workstations are a good investment that will make “work” and “comfort” seem synonymous.