The Rise of Motion Capture and What it Means for You

Motion capture (mocap) has come along way since its early stages, and can be seen in almost every movie that features CG elements, along with almost every video game. What was once an extremely costly procedure that took a huge amount of preparation can now be accomplished at a much faster and cheaper rate. Even with the amazing capabilities of motion capture it isn't loved by everyone, especially within the animation community. In a sense, motion capture does what the animators are supposed to do. This mentality causes some uneasiness among animators, with the question always looming overhead, "Will motion capture one day take the place of animators?" This is a common misconception that, when examined more closely, is not a realistic possibility. As soon as humans are able to push the boundary of physics and are able to perform superhuman feats then yes, maybe that question will be a more realistic one. Until you're able to find a person who can perform things that are not humanly possible then an animator may have his work cut out for him.

What is Motion Capture?

The very early stages of this technique were called rotoscoping, this involved taking the performances of actors in a live action set and basically tracing over their movements with a pencil and paper. While rotoscoping and mocap involve a similar premise motion capture is a much more advanced method.

Motion capture is heavily used in the video game industry and is also utilized in both live action films as well as full feature length animated movies. The film Polar Express was the first full length feature film to use motion capture entirely, and films like Monster House, Beowulf and Mars Needs Moms followed.

Motion capture is used in live action films that utilize a lot of CG elements. For example, Caesar in Rise of the Planet of the Apes was motion capture data performed by Andy Serkis who also did Gollum.

There are several different methods to get the motion capture data, the one you’re probably most familiar with is using the suits with the small lights or reflective balls that are placed on the different areas of the actor. This method is very expensive because the hardware required is costly and the setup time is long.

Another method that has become popular and is much more cost effective and takes a fraction of the time to set up is markerless motion capture. This means that there is no need for a skin tight suit with reflective markers and allows the actors to begin performing and the system will capture their movements. While this method is not as accurate as the more traditional marker based system it is much cheaper and there is no setup time.

It’s also possible to be able to utilize motion capture at an even greater level of accessibility with the motion sensing technology in the Xbox’s Kinect system and PlayStation’s Move. Of course, the data is not nearly as accurate but it’s a popular method among budget tight developers.

What it Means for Traditional Animators 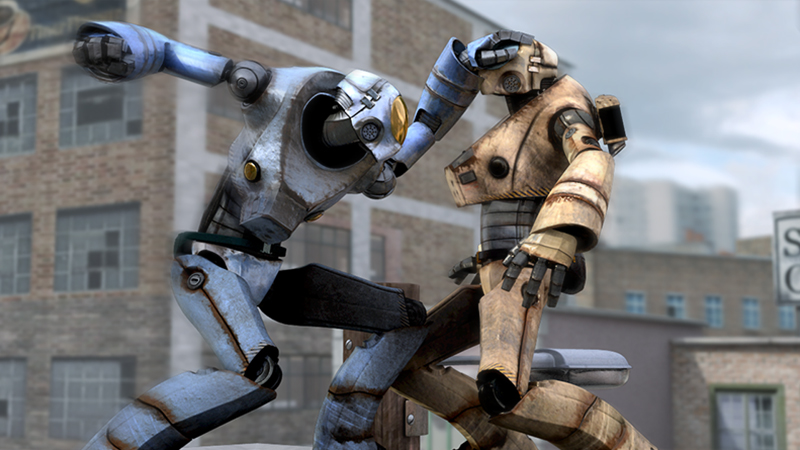 It’s no secret that motion capture has come along way, even in its earlier uses in moves like The Lord of The Rings; the technology is constantly advancing and becoming more accessible for video game developers and VFX houses around the world.

Another common misconception is that once the actor performs, whether it’s in a markerless environment or not, the motion capture data gathered is good to go, and now the CG artists simply need to apply the “digital makeup.” However, it’s typically not that simple and requires tweaking and finessing from the artists that goes far beyond just applying the CG skin over the actor’s motion capture data.

There’s no need to be afraid of motion capture; it’s a powerful tool that adds a whole other level of realism to a CG character. This is especially important in live action films where the CG characters must not feel fake and need to perform along side the real actors in a convincing way.

There is always going to be a need for keyframe animators. What mocap does is capture the movements of real actors, so the resulting motion that you see in the computer world is exactly what the actor is performing. This means there can be no movements that don’t obey the laws of physics, because these are real people performing the movements.

Movies and video games are a way for people to escape from reality; it’s natural for us to be drawn to actions and movements that don’t have to obey the laws of gravity, seeing characters that move exactly how humans do is not always the most exciting thing, because you see it everyday.

Even in live action films movement must be pushed in order to add more appeal. For example, they used Mark Ruffalo’s mocap data to recreate a lot of his mannerisms in his facial features and movements into the Hulk. But when the Hulk is flying through the air smashing aliens it’s pretty obvious Mark Ruffalo would be unable to act that out, and if he were to act it out the motion capture data would not have the power and ferocity required to portray the Hulk.

The recent Amazing Spider-Man 2 film obviously featured a lot of CG elements. However, Spider-Man was done with traditional keyframe animation to recreate the superhuman movements that is iconic for the character.

Motion capture is a vital part of most video game development pipelines, and more and more developers are utilizing the technology to add more realism to their games. In the video game The Last of Us all the cut scenes used mocap from the actors to capture their performances.

As games are leaning to the production quality of movies some developers are going so far as to even incorporate the actor’s facial features into the CG characters. For instance, in InFAMOUS: Second Son the main character looks very similar to the actor who provided his voice and motion capture performances.

However, motion capture though utilized heavily in video games is really just the beginning. Animators must go back and add emphasis on areas and change poses to get the perfect performance. This is commonly referred to as hybrid animation where both motion capture and keyframe animation is combined to create the final shot. This allows the animators to exaggerate and push areas of the mocap data to make it more appealing.

There is always going to be a need for animators, and even with the advancements of motion capture and the accessibility it has not erased the need for traditional animators. Motion capture is a great tool that adds a whole new level of realism to CG characters and can be a very cost effective technique. If you want to learn more check out Introduction to Motion Capture in MotionBuilder