During a SIGGRAPH 2014 course today, Bungie artists and representatives explained their approach to the studio's much anticipated game, Destiny. Among the various 3D artists was Natalie Burk, character technical artist, who discussed how character hair was designed and developed for the game. Here are some notes from the training course that describes the basic process. One important thing Burk considered when conceptualizing Destiny's hair design was its longevity. The game was designed to last through 10 years of upgrades and console changes. So it was important that the design be advanced enough that it could exist for both 360/PS3, next gen consoles, and  beyond. Several criteria helped define the design of hair for Destiny: With these ideals, artists began looking for references and styles on which to base their hair models. Only then was the design pipeline created. One philosophy that drove the building of the pipeline was the idea that game design of hair was probably similar to hair design for the film industry. "We wanted to create a way to merge the strengths of both workflows," states Burk. What resulted was "Bungie's Hair Salon" tool that became the merger of these two ideas. Here are some of the steps in the design process that Burk went over during the course. (The Hair Salon works as a Maya plugin.) 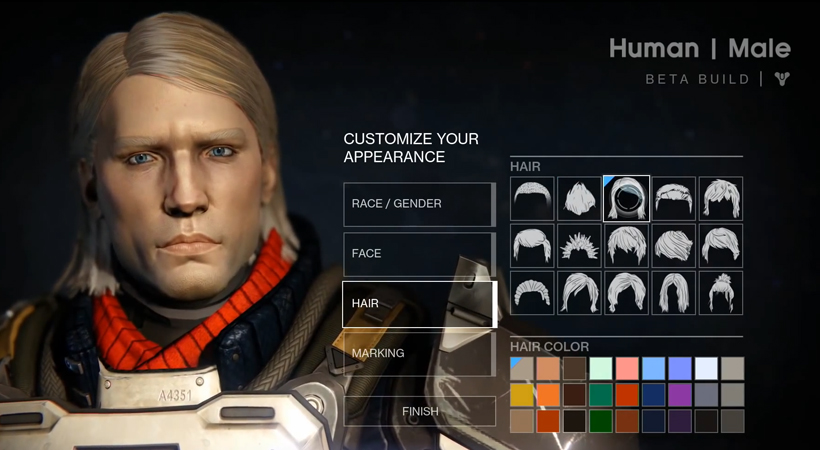 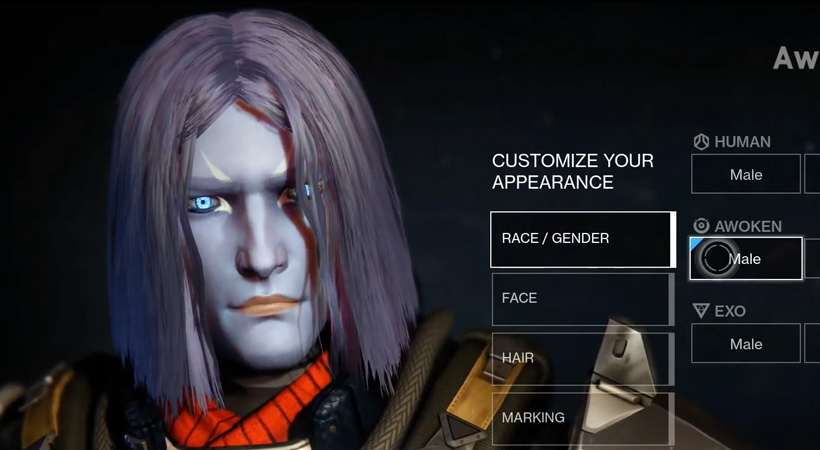 Even though this pipeline produces quite an extensive line of sophisticated hair dos, Bungie is still looking to the future to improve the ways it creates character hair. For example, they’re working on a tool that supports hairline polish. They want to increases the number of hair types (more coarse/curly hair). And designers want to eventually be able to add up and down movement for hair when a player jumps.