SXSW 2015: Gaming's Next Frontier - Between AAA and Indie

This week at South by South West (SXSW) Alex Garavryan Grad student of ESSEC Business School in Paris, Jack Mathews co-owner and Technical Director of Armature Studios and Kynan Pearson Creative Director at Bluepoint Games, who previously worked at 343 Industries as lead multiplayer level designer on Halo 4 gave a very interesting talk about the middle ground between AAA and indie games. There is a lot of empty space between AAA and indie games, which presents a land of opportunity and could lead to the next cycle of growth and innovation in the gaming industry. According to the panel's discussion, over the past 10 years or so there has been a major disruption to games with budgets ranging between $2 and $5 million. There are really two sides of the spectrum when it comes to games; you have the AAA titles, the huge budget games like Halo, Call of Duty, Destiny and so many more. These games have budgets often in the hundreds of millions, even more than Hollywood Summer Blockbuster. As we are seeing games surpassing the film industry both in budget and in revenue, we are also seeing a lack of innovation. [caption id="attachment_41512" align="aligncenter" width="800"] 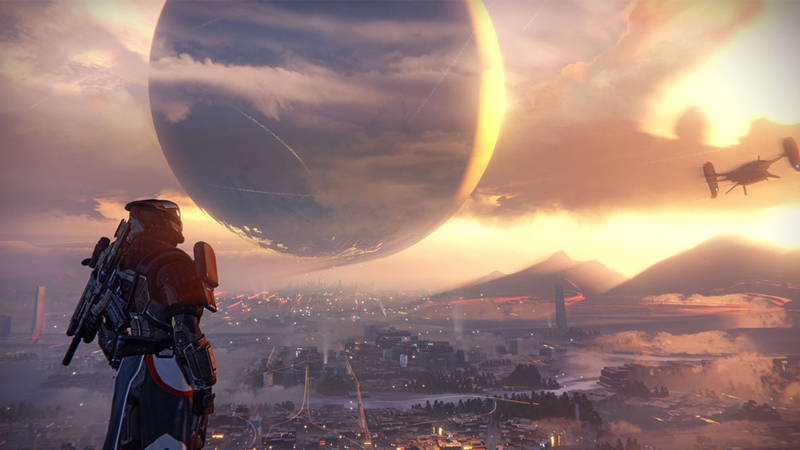 © 2014 Bungie, Inc All rights reserved.[/caption] The economics of modern AAA games greatly stifle the developers and publishers ability to innovate and makes them more risk averse. When there are millions invested in a video game the thought of trying to innovate and create something new and unique is a gamble many publishers don't want to take. Why try to innovate when there is a proven track record of success with games like Call of Duty? If the innovation doesn't pay off, they risk losing millions. Because of this, we've seen a significant lack of innovation in AAA titles as many publishers are sticking to a formula that is going to lead to profits. On the other side of this, you have the indie games that bring an incredible amount diversity and innovation with very limited resources. The indie studio typically does not have the "higher-ups" ensuring they make a game that is going to make a lot of profit. The budgets are significantly less and the developers are often betting on their innovations in the genre to allow them to stick out among the crowd. Between the AAA games and Indie games there is somewhat of a waste land, between the $2 million (indie) and $50 million (AAA) budget, this area hasn't really been explored yet but developers could rise up tot he occasion and bring innovative new intellectual properties in cost effective fashion. The speakers went onto discuss some of the trends we're seeing in the game industry.

Development tools have really changed the game industry and the way we make games. Game engines like Unity and Unreal Engine 4, which are completely free, has truly changed everything. Allowing for anybody, anywhere to create games. 3D applications are also becoming more accessible with open source Blender or Maya LT. “We’ve had a democritization of tools,” Pearson stated. As a result, free-to-play games and “time burners” like $.99 mobile games are being creating in large quantities because of the low start up costs for devs. We also live in a connected world; communication between teams has never been easier. Working in the same studio is not as vital when technology allows us to communicate with anyone around the world with the click of a few buttons. Great minds can join together even if they don’t live in the same country.

If you compare the evolution of the film industry to games, the panel argued, there are telling differences that challenge the gaming market in general. While films enjoy a variety of platforms and avenues for distribution that games don’t. For example, airlines exhibit films on planes. Games can’t or don’t enjoy that distribution outlet.

Another very popular trend we’ve seen in the game industry is crowd funding, with sites like Kickstarter or GoFundMe. Small indie studios are asking the community to help fund their games, and receiving a staggering amount of funds from outside resources that believe so much in the game idea they are willing to invest in the idea with their own money. While this can be valuable for financially-limited studios, the project budgets these games list often only represent a small percentage of the overall cost. Most of the time they only take into account production and not distribution costs. Consequently, this results in lowering the perceived value of what it actually takes to make a game, which is widening the divide even more between indie and AAA games.

Teams are having to build the game first before they can ever see a return on investment. Without any funds coming in it can be hard to continue putting money into a game. Free play marketing models can also be a way to design your game to combat piracy; however, growing the mid-priced game market would entail building upon long term game models with more passive forms of monetization. We’ve seen a big explosion with Early Access games, which is really a way to work around this issue, and receive money on a game that isn’t finished yet. Players get the chance to play a game months before the official release date if they pay. A common issue with this is that a very small percent of Early Access games actually get to a final release. 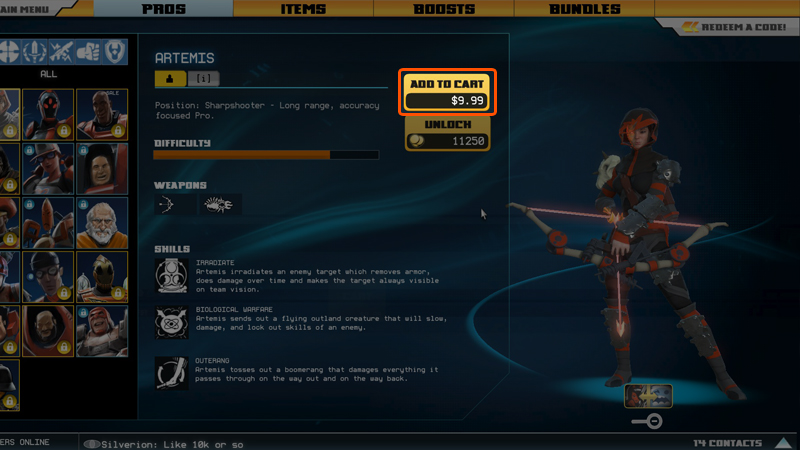 We’ve also seen a big rise in DLC and in-game purchases. These were created to help revenue from tanking after initial release. Free to play models can be a way to design your game to combat piracy. Before the popularity of DLC, once a game was purchased for $60 that’s all the developers would earn off that player. Now it’s very uncommon for a game to not have planned DLC or in-game purchases, these are all ways to continue earning money off a game even after the initial release. This of course has left a sour taste in many players mouths because the AAA titles are starting to implement these in-game purchases and not just the smaller scale indie games.

Another element of growing mid-priced games, the three panelists argued would be encouraging larger companies to loosing up their IP restrictions. Mathews pointed to the example of fan films where IP’s are too restrictive with their content.

Mathews also made the point that larger publishers could democratize their budgets more, investing less in single 100 million dollar IP’s. “Large publishers who make 50 million dollar games,” he states, “could spread that development money towards many more studios. For example, studios could fund many more mid-level projects and benefit from more creativity if they spread their portfolio wider. The persistence of this model, he argues, has created a market that is too top heavy and draining the creativity within developers.

Photorealism within games has also helped drive the growing gap between indies and AAA titles, the panel argued. The perceived value of a game is increasingly based on its ability to look “real”. The content of the game is increasingly an afterthought to many publishers who are looking to compete in so called more “immersive” experience. But, Pearson argued, building a great and innovative mid-priced game doesn’t have to depend on this trend at all. The idea of constantly increasing the realism of a game is seen heavily with AAA titles and the more photorealistic the more money it costs to make.

The empty space between AAA and indie games holds a lot of opportunity and can allow for innovation and the funding required to make an excellent game, and could lead to the next cycle of growth in the industry.