The Rise of Cone Readers - Helpful Production Tips for Rigs

Have you ever spent hours or even days correcting small issues in your animations that were caused by the rig? Areas where the geometry pinches or you get a candy-wrapper effect on trouble spots like shoulders or wrists? Cone readers can help solve these issues and save you lots of time in the end.

What is a cone reader?

A cone reader is also known as pose reader or pose tracker. These are all pose space deformations and can be driven by blend shapes or skeletons to create deformations. With cone readers you are tracking a pose in a space and then using that information to drive a deformer. The deformer can be a blend shape or even bones with weights painted. The idea is to create a reader or tracker to help detect the pose of the character that results in better and more defined shape of the character's joints. These readers are typically used in problem areas such as the shoulders and wrists to help prevent the geometry from collapsing and to keep the volume of the area the same. 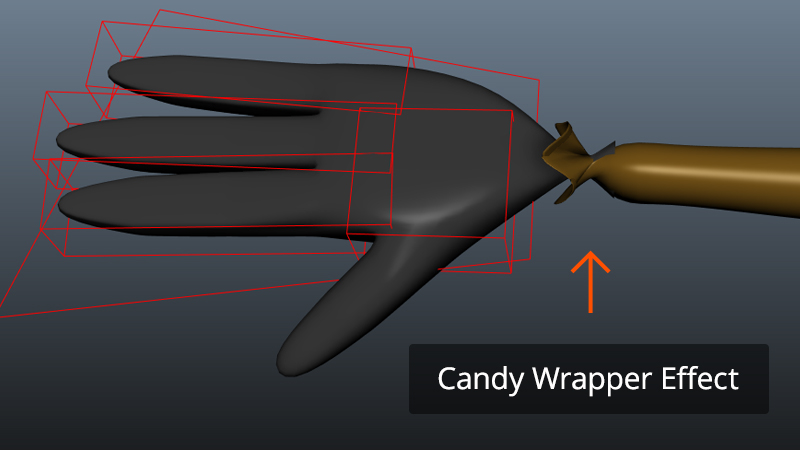 What are the advantage of using cone readers?

One of the major advantages of cone readers is their ability to track a specific point in space and output a value relating back to that point. By tying it to a corrective shape or system of joints, the cone reader will tell the corrective shape what percentage to use. Adding cone readers to a rig will take a little extra time to set up, but once the rig gets into an animator’s hands so much more time will be saved. This really allows the animators to focus less on issues that arise with the rig and more on producing beautiful and memorable animations to tell a story. When you're posing an arm, for example, the joints that rotate on multiple axes will typically give animators issues when they start to twist and bend. Depending on the painted weights, pinching can appear or cause a candy-wrapper effect. You really need the mesh to hold volume as you twist and move along the different axis. You can use a cone reader to track the space and make sure when you get to that pose it will reach a value of one. When the value does reach one, the cone reader will apply 100% of the corrective shape, giving you a great deformation and an even better animation with faster and better results. Another example would be if the cone reader output a value of only 0.7. You're only using 70 percent of the corrective shape or system tied to that cone reader, allowing the cone reader to apply whatever percentage of the corrective shape is needed to help maintain volume and the look you want your character to have. When you move out of the space in any other direction, it will cause the corrective shape to shift back to zero. 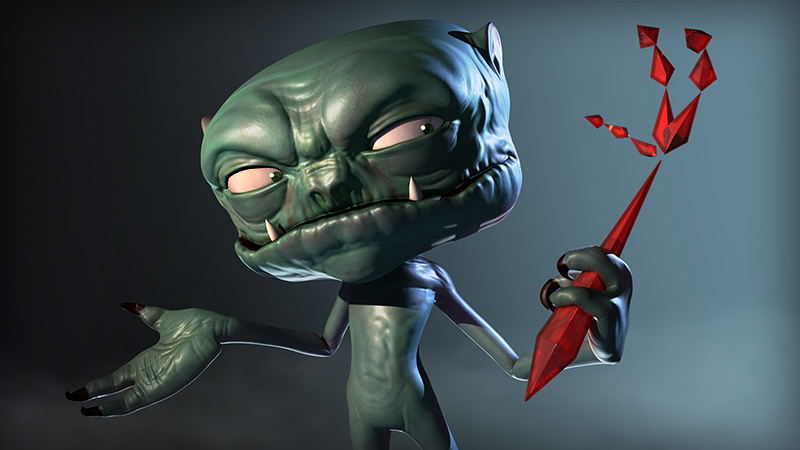 What are some disadvantages?

This isn't a perfect system so there will be some drawbacks. For instance, you might have to use multiple cone readers to account for different spaces you have to track. Let's say you have three cone readers connected to your rig monitoring three different spaces. You'd need three corrective blend shapes for each reader. This can take a little extra time to setup, but the key is that once it's setup you should be able animate with volume and see little to no problems. It also takes a little more time and thought to put together a pose-space deformation system that will truly benefit the animator. This will require the person creating the rig to really communicate with the animator to produce the best and most useful rig to fit the situations the character needs. When you plan on creating a pose-space deformation system, plan on spending a little more time in the rigging process.

How does this save me time if it takes longer to rig the character?

The rigging process will take longer, but if you're using this character for a lengthy animation, you could save hours, days or even weeks, because you will have less corrections that you would have to apply later on. If the rig holds volume where the corrective shape is applied, you won't have to worry about manually fixing that frame or frames where those issues typically appear. You can learn more about rigging and see pose-space deformers in action by watching Rigging Quadrupeds in Maya, where our tutor takes you through the process of setting up your own pose tracker. You can also download the pose tracker here to open up in Maya so you can see it in action. Keep learning with more 3D rigging tutorials.