Tips for making your animation demo reel stand out

Are you looking for your first job? Perhaps a new job? Your animation reel is a part of yourself. You’re judged on its content, presentation and even authenticity in less than a minute. Animation reels come in all shapes and sizes. These days, most studios expect your reel through a link to a personal website or Vimeo/YouTube. The most important thing to remember when sending out a demo reel is to make sure the medium works. I can't tell you how many times I’ve sat down to look at a reel, and the link was broken or the password was wrong. Not good. Make sure it works. Have your friends look at it and verify they can see it. As an added benefit, you can have your friends see how effective your reel will be as well. An extra set of eyes on your demo reel is important as it’ll give you an objective opinion on whether or not your reel is entertaining and delivering the mechanics of a good animation. It's also a good idea to get one of your non-creative friends to watch it. When they do, try watching their reaction. Are they reacting to your reel as you intended? If not, you have more work to do.

Selling yourself to the studio

Having worked on quite a few different games, commercials and film studios over the years, I can say with confidence that reviewing animation reels is pretty much the same everywhere. The leads review demo reels and turn them off after 30 seconds. If you don't sell them on your skills by then, you’re out. Also, tailor your reel to the studio. For example, don't submit a commercial house a game animation reel. When you customize each reel you send out to the studio you are sending it to, the extra work will pay off. At one game studio I worked at, if you didn't have either game experience or game animations on your reel, they wouldn’t hire you. You could’ve worked at Pixar before and it wouldn’t matter. That’s just an example, but the point here is you’re selling yourself to the person watching your reel. It’s not always about just being great at what you do; it’s about whether or not the studio will be able to use your work. So you need to make your reel stand out and prove you will be an asset to the studio.

Tips for making your reel stand out 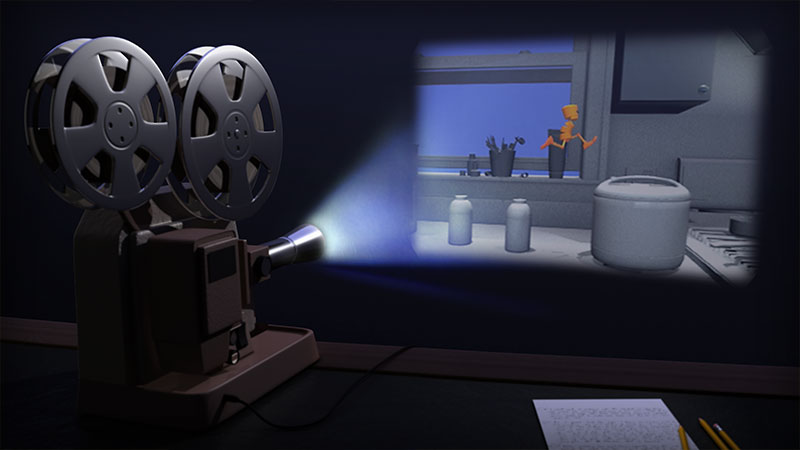 If you open your reel with a great acting shot and another shot or two of your character demonstrating weight and body mechanics, you’ll grab everyone's attention up front. A medium to close-up shot is also a great way to sell emotion. Let the viewer feel what the character feels; let them laugh or cry. If you get an emotion like that out of the viewer, you've got them hooked! Another way to make your reel stand out is to trick the viewer. One time, I remember checking out a great reel that had a character and a flower growing on the ground. The character bent over to pick it, and he can't. The flower is too strong. The character began all sorts of different ways of trying to pull the flower out of the ground with no luck. This was an excellent way of demonstrating weight, without it being the typical character bending his knees and lifting a large rock. You can entertain your viewer with something unique like this, so think outside the box when creating new animations. One last tip here. When applying for a job, read the job description and look to see what that company has worked on. Do they animate human characters? A lot of animals? When I worked at Framestore in New York a few years back, we animated a lot of animals. If you were applying to Framestore at that time, having an animation of animals on your reel would’ve been perfect. So do the research. 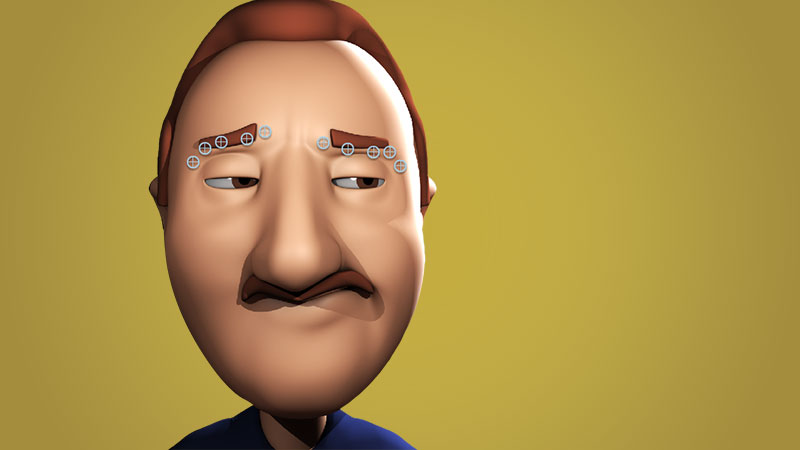 Lip sync doesn't give you anything in animation except a mouth opening and closing. That's why The Muppets have eyebrows! A mentor once told me that anyone could learn how to lip sync, but it's bringing forth the emotion in that dialogue that sells the shot. There are a couple of things to remember about facial animation. When animating your characters face, you could probably just animate the eyes and eyebrows and sell the shot. By moving an eyebrow just slightly, you change the whole facial expression. For example, I animated the Geico Gecko for five years and if you’ve ever seen that character you’ll see he has a very long mouth. However, I was able to bring out a lot of the emotion in the eyes. The next time you see the gecko, watch his eyes and you’ll see they tell the whole story. The nuances of the face are so small at times, to nail the expression you want to translate to your animated character you need video reference. What better reference than your own face? Use a mirror or you could even use your phone if it has a camera and video yourself acting out the shot. Facial animation can be a whole article in itself, but the last thing I wanted to mention here is if you like your lip sync seems off, grab all the keys and slide them ahead one or two frames. What your ears hear and eyes see happen at different times. Give it a try.

When in doubt, leave it out

OK, I know I said that was the last tip. This one is important enough to be its own section. Never put a shot on your demo reel if you’re not 100% satisfied with it. If you’re thinking, "Should I put this on here?" then don't. As someone who’s often been on the other side reviewing reels, when a reel has a few great shots and then a shot that isn’t very good I’ve always asked myself, "Why would they put that there?" And I'm sure you can guess as to whether or not they get the job. If you’ve proven you can do the work, then you follow up a good shot with a questionable shot, the animator reviewing your reel will wonder about your judgment of quality. The chances are good that your reel will go back in the bin.

What studios do with your reel

After the leads approve a few reels, there’s usually one of two things that’ll happen next. Either reels will go up the chain for approval by a supervisor (head of CG, etc.) or they’ll just contact you to come in for an interview directly. What exactly happens all depends on the management structure the studio has set up. When you get your interview, make sure you are on time and presentable. It's OK to ask what your attire should be for your interview when you are setting it up. Most places are OK with you coming in every day clothes, but it’s never bad to want to wear your best "every day" clothes too. Search our blog for job interview tips. All the information you can get here will help for sure.

Keep your reel short and simple. Knock their socks off with around 30 - 45 seconds of animation. That's enough. The person looking at reels is probably looking at yours and another 30 (or more). If you’re at the end of that pile, there’s a good chance they’re also tired and distracted. Wow them with the opening shot and make it only better from there!