VFX can be found in just about every movie these days. When you think of movies with amazing VFX you typically think of the summer blockbusters; Teenage Mutant Ninja Turtles, Guardians of the Galaxy, Transformers: Age of Extinction, Captain America: the Winter Solider. These movies rely heavily on VFX to be able to bring the directors vision to life. Just look at TMNT, the lead characters are complete CG. These are the movies that are probably at the top of your list when it comes to jaw dropping VFX. When someone mentions VFX utilized in movies, these are the ones people immediately think of. The Iron Mans, The Hobbits, The Spider-Mans and the list goes on. However, there's a whole other movie universe out there with awesome VFX that don't automatically come to mind when thinking about CG. Let's take a look at the top ten under-the-radar movies with great VFX, because amazing VFX isn't just found in superhero movies. Keep in mind that this list is in no particular order.

© 2014 The Weinstein Company. All Rights Reserved.[/caption] Snowpiercer is set in a post-apocalyptic world where all of earth is covered in ice, the only survivors? The people living inside the "Snowpiercer" which is a very large train that is circling the earth. Snowpiecer is not a very well-known movie but its VFX can really hold its own. The VFX studio Scanline VFX created most of the VFX shots for the movie, which were primarily the exterior shots of the frozen world outside the train. There were also elements within the train's structure that utilized many different VFX techniques to help establish the final shot that you see in the movie, like the aquarium area of one of the train cars. You can watch the VFX breakdown here. Another impressive scene in the movie was during a massive avalanche that happened over several different shots.

©2012 THE WEINSTEIN COMPANY INC. ALL RIGHTS RESERVED.[/caption] Based on the true story of Thor Heyerdahl and his Kon-Tiki expedition across the Pacific Ocean in 1947, Kon-Tiki is a Norwegian film that has truly spectacular VFX. The movie had a very limited screening in the US at just a little over 50 cinemas. Kon-Tiki is similar to Life of Pi in both the exploits on screen and the amazing VFX that went into it. From great white sharks, a parrot, a massive whale shark, to the Pacific Ocean was all created by talented VFX artists. A very impressive aspect of Kon-Tiki is the great white sharks. These were not sharks to be seen beneath a blur of ocean, they were up close with the crew, and one was even brought onto the boat in an excellent sequence that will have you trying to figure out if this is a real shark or a CG fake. You can see a detailed VFX breakdown of the film on Vimeo.

©COPYRIGHT 2013 UNIVERSAL STUDIOS PART OF NBCU FILMED ENTERTAINMENT[/caption] 47 Ronin may have been one of the most expensive box office fails in recent history, but that's not to say the film didn't have some impressive VFX. A majority of the VFX were created by MPC including the "Oni" sequence which is a full CG character based on a Japanese folklore creature. There were also a lot of set extensions that went into the movie which you can see more of in this VFX breakdown from MPC. Framestore also did a large chunk of the VFX in the film, including the mythical creature, "the Kirin," and the witch transformation sequence. While the movie may not have been a commercial success, the VFX in the film is excellent.

© 2006 Paramount Pictures. All Rights Reserved.[/caption] This crime drama is probably not the first film to come to mind when you think of VFX in a movie. However, Zodiac actually features a huge amount of VFX to create the environments and recreate the 60's era of buildings. While the effects in the film aren't flesh eating monsters or huge explosions they aren't even noticeable; which makes them that much more impressive. Scenes in the movie that you would expect to be shot on location in San Francisco are actually small blue and green screen sets. You can see Digital Domain's VFX breakdowns in this video. The visual effects are subtle, but extremely well done.

© 2013 Sony Pictures Digital Productions Inc. All rights reserved.[/caption] Elysium brings together everything you'd expect in a sci-fi action thriller, including futuristic weapons and intense combat scenes with said futuristic weapons, robots, spaceships, the list continues. The VFX used to create these futuristic elements are top-notch, with the majority of the VFX handled by Imagine Engine, MPC and Industrial Light and Magic. Check out Imagine Engine's VFX breakdown. The director of Elysium, Neil Blomkamp, used to be a VFX artist so he's a director that knows how to incorporate CG elements into his movies in a way where it's not distracting or over the top, but believable.

The Secret Life of Walter Mitty

© 2014 Twentieth Century Fox Film Corporation. All rights reserved. Property of Fox.[/caption] The Secret Life of Walter Mitty has a great mix of more subtle VFX shots as well as some really impressive action scenes that require the majority of the shots to be done with VFX. The more subtle shots in the film are done in such a way to where they're basically invisible, which is a testament to the artists involved. It's there to create atmosphere and add to the already impressive locations where the film was shot. 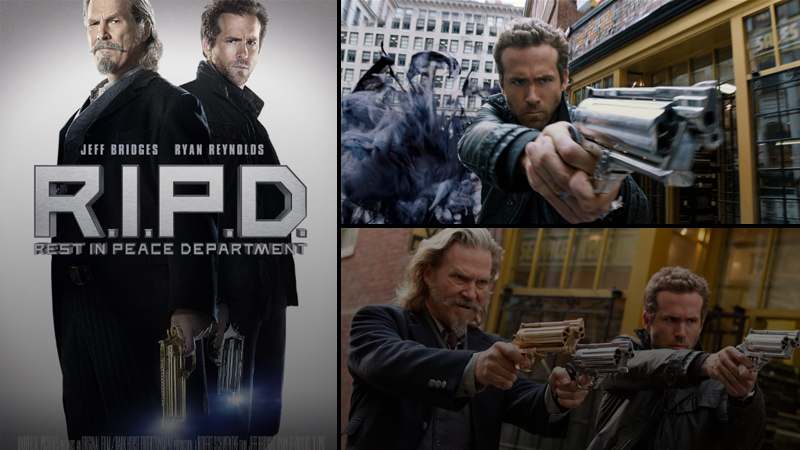 © Copyright 2013 Universal Studios[/caption] R.I.P.D. (Rest in Peace Department) is a movie about cops in the after life fighting...monsters. This is something you can expect a lot of VFX in, and it definitely delivers on that end. There are explosions, freeze-frame sequences, monster transformations and shots done completely in CG. This is another movie where it may have been a complete bomb at the box office but the VFX alone can be reason enough to check it out, or you can just watch the breakdown reel by Imagine Engine here.

© 2013 Warner Bros. Ent. All Rights Reserved[/caption] While The Great Gatsby is a drama, it features a staggering amount of VFX to bring the world together. In order to re-create the roaring 20's and add the fantastical edge that viewers expected from the film, the movie required a huge amount of VFX. Some of the most impressive shots are the views of New York City that while you may think features just a small amount of VFX is actually shot on a tiny green screen set. Another impressive VFX element of the film is Gatsby's mansion and estate. The small exterior elements of the mansion were built on a soundstage, while the rest was added in by the VFX artists. You can see some of the VFX breakdowns on the film here.

The Wolf of Wall Street

© 2013 Paramount Pictures. All Rights Reserved.[/caption] A movie about Wall Street is probably the last place you'd expect to find a lot of VFX, but this is definitely not the case with The Wolf of Wall Street. Not only is it similar with The Great Gatsby because they both feature Leonardo DiCaprio but it's a film where you expect most of the sequences to use the principal photography. A great example of this is a scene in the movie when Leonardo is at the doorstep of a home. It's shot at a real home, on a real street corner, however the only aspect that they used from the principal photography was just the door frame, everything else was covered up and replaced with a new street corner and house. The VFX is masterfully hidden within the movie to where you'll never notice it's there, until you watch the VFX breakdowns and realize that the movie wasn't as it seemed. 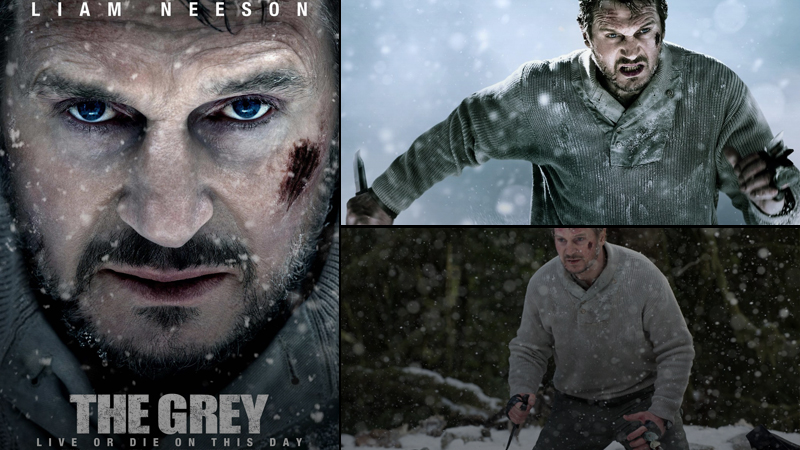 Copyright © 2011 Open Road Films.[/caption] While the wolves in The Grey are not massive creatures like in the Twilight films, the VFX artist did a great job making the wolves feel menacing while still keeping them true to their real-life source. There are a lot of shots in The Grey that utilize VFX whether it's a set extension or the completely CG wolves in the film. One jaw dropping scene in the movie that shows off some of the impressive VFX is during the sequence when the survivors are traversing across a massive ravine with only a small rope. This is our list of some of the movies you wouldn't necessarily expect to see a lot of VFX, and some of the films that might not be as well known, but the VFX in them should be. If you have your own list of great under-the-radar movies with awesome VFX post them in the comments below! Also, if you're interested in learning VFX and be on your way to creating visual masterpieces such as these, be sure to check out our extensive VFX training library!