Utilizing a Sculpting Application in Your Modeling Workflow

As a 3D modeler you have a nearly endless amount of tools at your disposal that aide you in getting the job done. While it comes down to skill, the tools obviously come in extremely helpful. In recent years sculpting has been at the forefront of 3D modeling, and in nearly every production, whether movies or games, sculpting is a vital part of the pipeline. While the traditional methods of modeling are still heavily utilized, like box and edge modeling, sculpting allows for a greater amount of flexibility and detail. That being said, sculpting will likely remain as a supplement to the traditional modeling methods, and will not make the other methods obsolete. That is due in part to the fact that sculpting and modeling complement each other, and whether you're transitioning from a 3D app like Maya to a sculpting app like Mudbox or vise versa you'll find that both are needed. This of course also depends on the project at hand. You may not need the detail that sculpting can give your model, it just depends on the deadline, and the art style. Either way, however, as a 3D modeler, knowing the workflows between sculpting and 3D applications is vital, and being comfortable in any sculpting application is important. We're going to take a look at how you can utilize a sculpting application in your modeling workflow. Sculpting applications are optimized to handle thousands, and even millions of polygons without a significant slowdown. This allows you to add in those tiny details like wrinkles, cuts, and even skin pores that would be impossible in a regular 3D application. If you have a character that is made up of a million or so polygons in Mudbox, and you import that mesh with the same amount of resolution into an app like Blender or Maya then you would quickly find out just how sluggish the 3D applications will run when trying to import such a dense mesh. Unless you're just creating a bust or portrait then a mesh that dense will not really be helpful in a 3D application, however, you can create all the detail you want in Mudbox and save out various normal maps, and displacement maps to project that detail onto a lower resolution mesh. You've kept all the detail, but didn't sacrifice slowdown in your 3D application. A very common workflow now among 3D modelers is to import a basic base mesh into an application like Mudbox and begin sculpting, slowly adding details. They aren't worrying about topology or polygon count, instead they just want to get the 3D model looking as good as they can get it, because artists really like diving in and creating the work, without constantly thinking about the technical aspects of a model.

Creating a Base Mesh

Even though sculpting applications allow you to add a great amount of detail, it's still typically easier to create the basic shape of a model in the 3D application than it is in a program like ZBrush or Mudbox. A great workflow to take is to spend time creating the base mesh in your 3D application of choice and once you're happy with the overall structure you can bring it into the sculpting application to build details onto it and really start fine tuning the model. 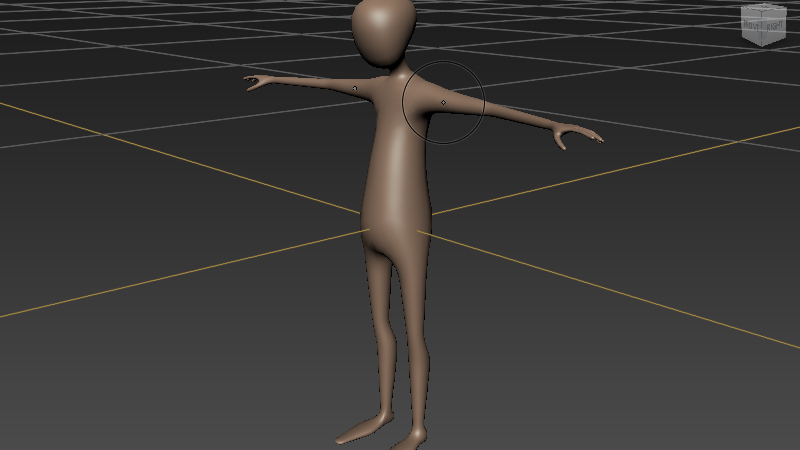 Depending on how you like to work, you can spend as little or as much time in the 3D application as you like. In the image above, we've created the basic structure of our character in a short amount of time in Blender and brought it into Mudbox. We could spend more time adding in some of the smaller details like facial features, and basic muscle structure in the 3D application, or if you find it's just easier to create those details in the sculpting application then you may take the mesh out of the 3D application much earlier. 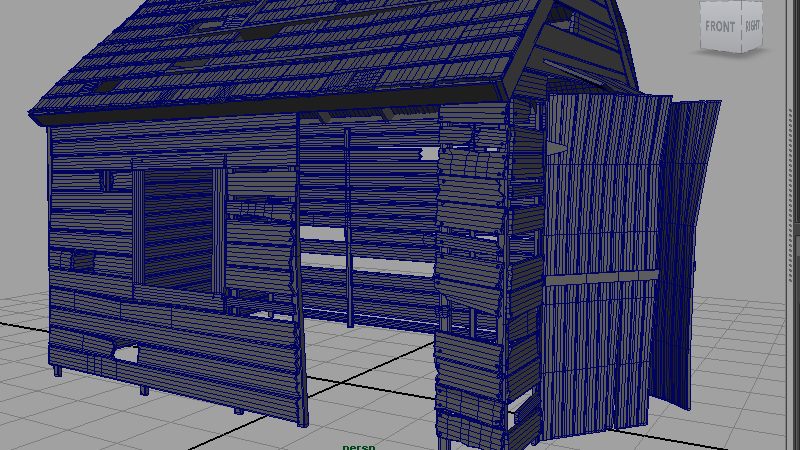 This workflow doesn't just work for character models, this is often a technique utilized with props and environment objects. For example, in the image above the shed was created with a relatively small amount of detail, with each wood plank being made up of just a few polygons, but you're still able to see exactly what the shed is eventually going to look like. You can take this basic building structure out of the 3D application and into Mudbox to begin really adding in those details in the wood Once you do bring your mesh into a sculpting application like ZBrush or Mudbox you don't want to start adding in those finer details right away, or jumping to an extremely high resolution. You'll often still be tweaking the basic shape of the character, and it's always easier to slowly build detail, than to just jump straight to the highest resolution. Work at a subdivision until you really can't get any more detail in unless you up the resolution, once you get to that point you'll know it's time to increase the polygons. Once you get to higher resolutions, you'll find that it's much more difficult to make large-scale changes to the mesh. Depending on how you like to work, you may work exclusively in the sculpting application. With the a program like ZBrush you have the option of Zspheres which is a great way to create a basic base mesh to start from. Since sculpting is a much more organic process, it goes hand and hand with organic type modeling of creatures and characters. Often times a 3D modeler will start directly in the sculpting application and create the model from start to finish. Then they'll use the 3D application once they bake out the normal and displacement maps from the high res model, and retopologize the high res model so it can be used in the 3D application. It really just comes down to how you prefer to work, you may want to spend as much time in the 3D application as possible, or you may want to jump to sculpting early in the process, or for the entire pipeline. However, there is always going to be a place for both applications in your workflow and using them in conjunction is often the most beneficial. If you're brand new to sculpting applications be sure to check out our extensive library of both Mudbox and ZBrush tutorials to gain a stronger knowledge and feel more comfortable using them in your own pipeline.