VFX Lead, Penny Holton Breaks Down "The Last Man on the Moon"

If you're a NASA enthusiast or just a space junkie in general, there's a new documentary set for release at SXSW this week called The Last Man on the Moon. The feature is directed by Mark Craig and takes an in depth and honest look at NASA's pioneering lunar program of the 60's and 70's through the eyes of its central figure, Captain Gene Cernan. In 1972 the Apollo 17 mission took a three passenger crew, which included Cernan on what would be the last manned trip to the moon. Cernan, who is credited as a writer along with Craig, recounts his rise from a poor, rural farm boy in Illinois to become a NASA astronaut. Along side booster rockets, space suit designs, and other technical aspects, the film also explores the fearlessness and sacrifice of all those within the Gemini project, a program meant to beat the Russians into space and demonstrate the U.S.'s technical dominance. Through its interviews, archival footage, and reenactments of the space missions, The Last Man on the Moon contains a visual fidelity essential to such a science-heavy, tech-centered story. Supporting the film's realism are some painstakingly researched and detailed VFX shots that lend a working realism to the story's recreated scenes. Veteran 3D artist and spouse of the director, Penny Holton, was tasked with heading up the VFX team responsible for bringing the film's re-enactments to life. We recently spoke with Penny about her experience producing the VFX shots for The Last Man on the Moon, her assembling of a team, and some of the challenges and unique approaches to producing documentary VFX work. The film will be having its North American premier Friday night at SXSW. Check their website for screening times.

Currently, Penny is a Senior Lecturer at Teesside University who teaches VFX and character animation. However, she began her VFX and animation career in 1991 after gaining a position as a junior animator at the studio Touch Animation. She and Mark met in 1992; at the time Penny was one of only 14 people in who were using Softimage 3D software in London at the time. Touch Animation eventually grew to 30 artists, shipping work mainly for title sequences, promos and television documentaries. Eventually she moved on in 1997 to start up a new VFX/animation shop called Skaramoosh with Daniel Slight. The studio would go on to become a successful design, animation and online facility, with offices over 3 sites in London. [caption id="attachment_41404" align="alignnone" width="800"] 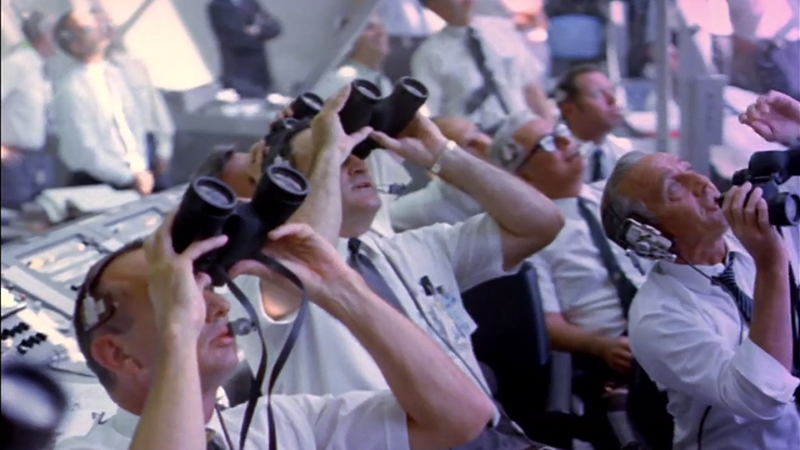 Penny did all of the shot previz at home with Mark by her side helping finalize the overall look. Initially, she was hesitant to do the visual effects for the film thinking it was too big of a job to do alone, but then she had the idea of including her university colleagues. She began asking around and found that many were interested in the project. The decision wasn't without it's fears, however. "I knew they were good teachers, but I didn't know how good they were in production. I hadn't seen anything they'd done. It was kind of a leap of faith." But during production it became obvious that there was enough talent to make a go of it. Those who ended up working along side Penny were VFX artist and Senior Lecturer in 3D Animation, Paul Noble; Senior Lecturer in Animation, Chris Wyatt; former lecturer Em Johnson and Senior Lecturer in Animation, Dave Cockburn. Teesside's VFX and Animation department features instruction on major software like Maya, Nuke, and Mudbox. "Our main software on the film was Maya," she states;" we output EXR files and passed them to Molinaire in where the main compositing and grading was done."

One of the biggest challenges of the The Last Man on the Moon wasn't actually modeling, lighting, and texturing the shots, Penny explained, it was R&D for their historical and physical accuracy. Hours were spent studying archives of Gemini and Apollo spacecraft. Help also came from experts and Apollo enthusiasts around the world. Previz shots were even taken to Houston to show Cernan himself: "Because it's a documentary, accuracy of all the movements was really important. As well as the physical accuracy of the spacecraft themselves. We took pains to always make sure that we had the sun in the right place and were over the right bit of the earth. Even small details such as the correct deployment of the high-gain antenna on the command module mattered to us." [caption id="attachment_41403" align="alignnone" width="800"]

Archival footage from Apollo 17[/caption] The fact that events like Gemini 9 were already so well documented themselves through scientific recording made the task of getting it right that much more necessary. "We knew there were going to be lots of Apollo and Gemini enthusiasts ready to let us know where we were going wrong" she explains, "We put a lot of time into that. It was really difficult." Ironically, the R&D team depended heavily on such Apollo enthusiasts to provide them with valuable information on the timing and movement of particular components and stages of missions: "We had quite a network," she states, "We also asked the [enthusiast] community as well. We found people from Austin, TX who were really into the timing of everything, and sent maps, charts and things because they had already worked it all out." [caption id="attachment_41402" align="alignnone" width="800"] 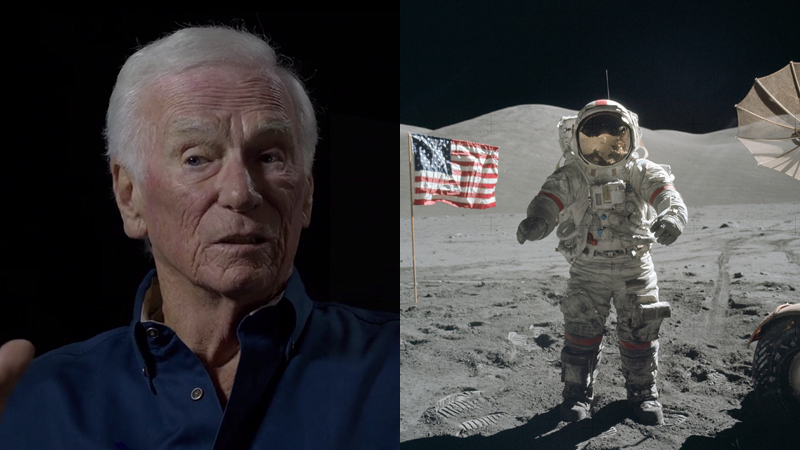 Captain Gene Cernan[/caption] Nevertheless, research for building the 3D models proved challenging given the scarcity of photographic references overall. The team was aided by researcher, Stephen Slater who provided NASA images of Apollo 10 and Gemini 9 missions. "But even then it was a bit of jigsaw puzzle because, obviously, nobody back then thought to take pictures for 3D reference. So, we'd get a little of the back, and little of the front, and we'd kind of get a blurry version of the whole thing. There were very few images that gave us the clear views that we needed. It was easier for Apollo 10, but Gemini was really hard."

The first version of film was originally two hours long, but needed to be cut down to a more average feature length. This cut out quite a few shots that Penny's team had already built. However, there still remained some that were essential to dramatizing the events of the lunar program. One of these events was the Gemini 9 mission, a planned two-hour space walk where Cernan was to test out a jet-powered backpack while orbiting the Earth. During the mission Cernan ran into many problems with fatigue and disorientation. The plans to test the pack were abandoned after issues with the umbilical cord that was tethered to his suit. The cord proved just as much a hindrance to Cernan's movements as it was essential to his survival. Penny's team modeled and animated the cord's hectic actions along with the space capsule and Cernan's body double, actor Jay Cohen. 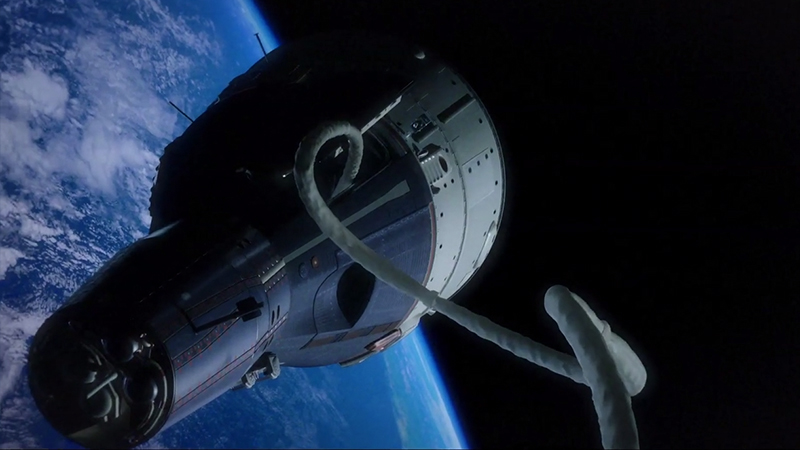 Another Gemini 9 shot included a fly over scene where Cernan is shown floating above the Earth. The moment accurately capture's the astronaut's sense of helplessness, his small body tethered to the space capsule as both orbit thousands of miles per hour above the planet. 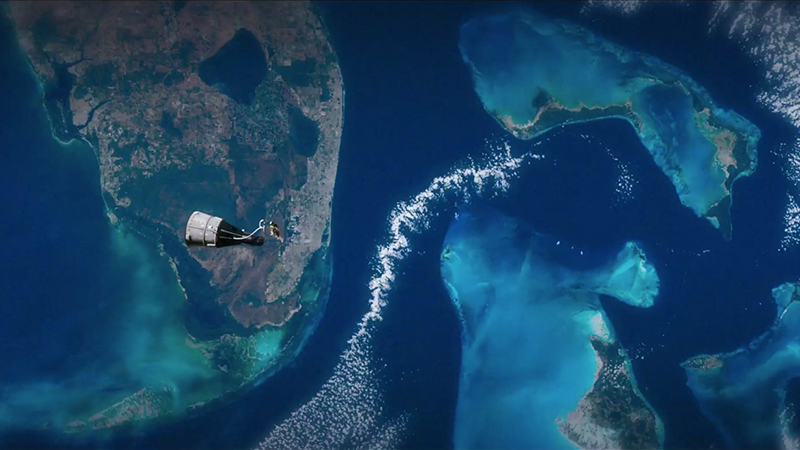 To recreate close ups of Cernan's walk, a replica Gemini suit was acquired. Cohen was suited up on a green and then black screen set at Black Island Studios in London. Another problem Cernan ran into during the mission was with his suit's visor fogging over. So the visor was an integral part of the sequence. The design of the shot included a 3D visor with accurate CG reflections of the space environment that was tracked in and composited for optimal realism and dramatic effect. 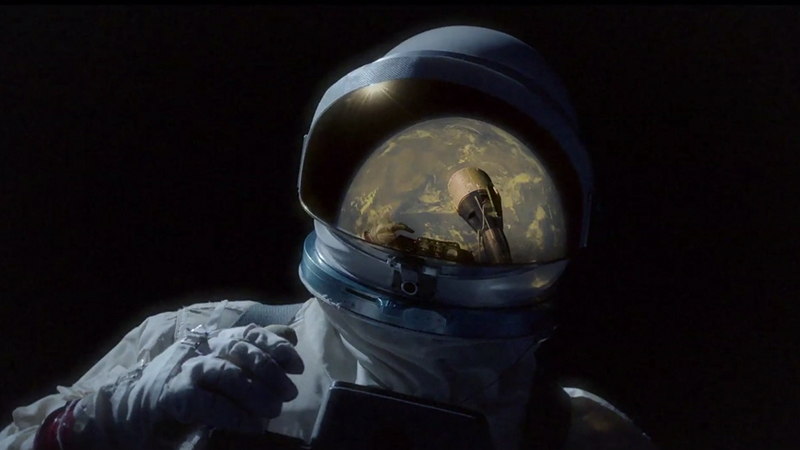 The Gemini 9 shot also involved suspending Cohen via wires within the suit. Proving that art can imitate life, Cohen seemed to have as many problems with the simulated space walk as Cernan did with the actual one. "It was one of the hottest days of the year," Penny recalls, "and the poor guy was in a suit. He had an air conditioning unit basically plugged into his crotch just pumping air...he also had a nurse looking after him." [caption id="attachment_41410" align="alignnone" width="800"] 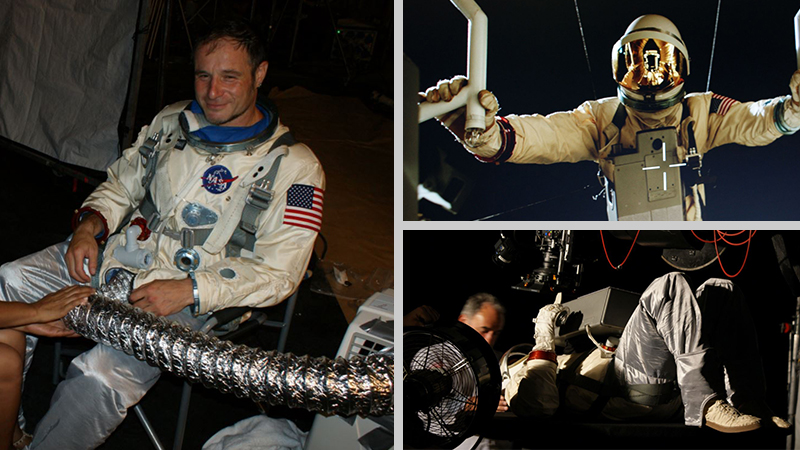 Actor Jay Cohen at work recreating Cernan's space walk[/caption] Another important re-enactment sequence in the film was the Apollo 10 docking and transposition maneuver. The sequence captured one of Cernan's actual trips to orbit the moon, a trip planned as a "dress rehearsal" for Neil Armstrong and Buzz Aldrin's fateful landing. The shot required accurate timing and deployment of the Apollo 10's disengagement and reengagement with the lunar module before embarking on its journey. To keep the moment as realistic as possible, the artists also included floating particulate matter expelled from thrusters and explosive bolts that released the capsule's panels. "We showed [the sequence] to Gene as well. He sat and looked at all of those shots to check that they were right. It was fantastic to have someone who was actually there to give us a thumbs up." 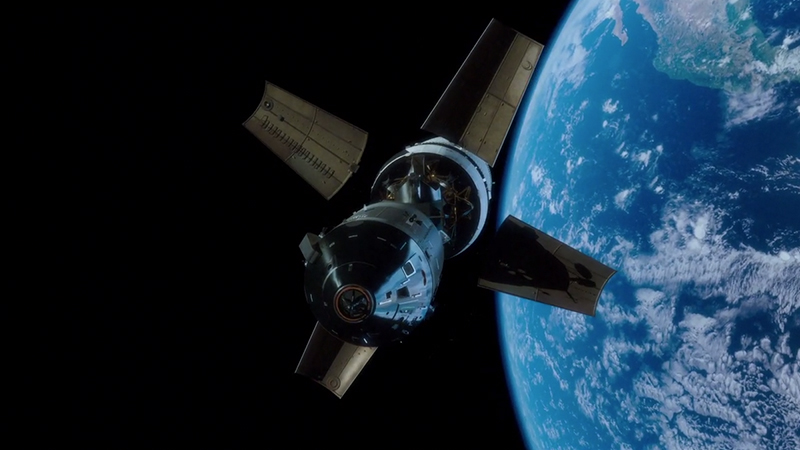 Even though The Last Man on the Moon is her first feature length documentary, Penny's no stranger to the genre having produced animation for numerous ones for television that included both extinct and existing creatures. What's more, she provides an interesting perspective on the differences between visual effects that strive to achieve documentary realism versus that for fictional narratives. "I've done a few aliens [for tv]. Aliens are a lot easier because you can just go crazy with them. There's nobody with a book saying 'no,no, that's not right.' They're easier because you don't have someone telling you the boosters are in the wrong position or that's not how it should look."