The power of visual effects (VFX) continues to allow film makers to push their visions of what superheros are capable of doing and what types of weaponry and vehicles they are doing it with. To gauge how far the industry has come, it's helpful to look back at some VFX from original films like Star Wars (1977), Superman (1978), and Batman (1989) and compare those techniques to some of their remakes to can get some insights into how much CG/VFX technology has changed the face of super-hero and sci-fi films. Here are just a few examples of some earlier VFX techniques along side their more recent versions.

A Saber of Love: Creating the Star Wars Light Saber

To create the first generation light saber, traditional animation techniques like rotoscoping were used to trace the glowing lights across prop swords for each frame of the scene. Imagine going through an entire Jedi fight sequence placing a transparency over each frame and coloring in where the saber blades were, and you'll have some idea of what this process entailed. It was a technique that must have been a very physically and mentally demanding. 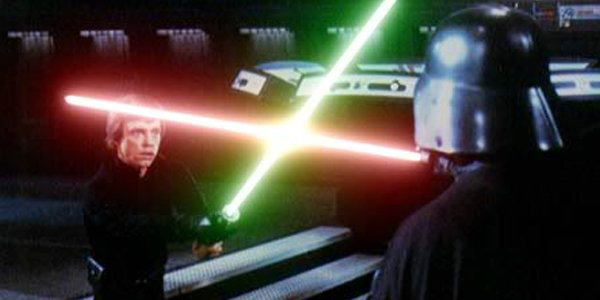 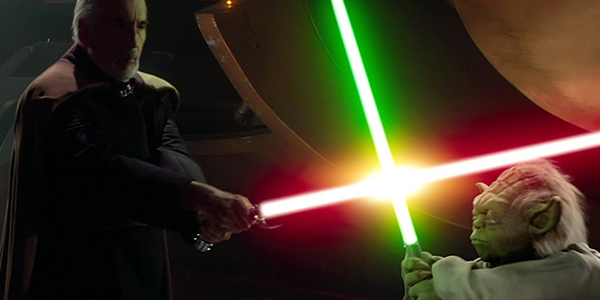 Even today tediousness is still part of the price for creating convincing props with visual effects technicians still moving frame by frame through computer generated sequences and live motion capture to animate and composite realistic images. However, with the effectiveness of tracking technology getting better with every passing year, future generations of visual effects personnel will probably marvel at the dedication and time it took to produce, with relative ease, such stunning results.

Making the Man-of-Steel fly has evolved with the 35 years of advancements in digital video and computing power. During an interview in Making Superman: Filming the Legend, optical supervisor, Roy Field along with the film's director Dick Donner reveal the difficulty in bring a realism to Superman's flight. However, the film makers accomplished their task through a combination of physical effects, animation, wires, gimbals, blue screening and even catapulting at times according to Donner and Field. Interestingly, many of these same methods for capturing effects were also using in the latest remake, Man of Steel (2013), which used many of the same techniques like wires and gimbals to get motion capture to use as a base for post production VFX work(Man of Steel behind the scenes footage). 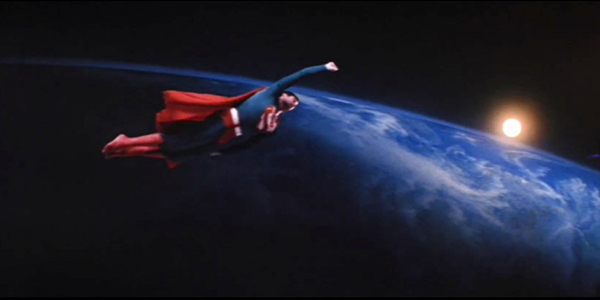 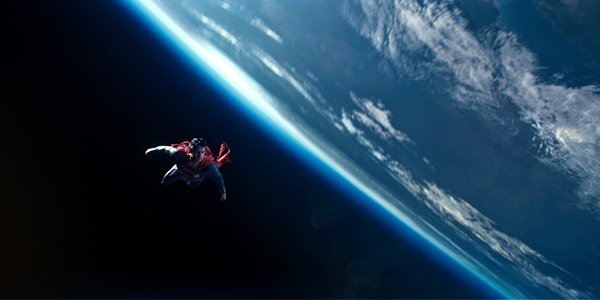 A similar technological impact on VFX can also be seen between the Batman remakes: Batman (Tim Burton, 1989) and The Dark Knight (Christopher Nolan, 2008), specifically while examining the change in focus from the Batmobile and the Batcycle. Burton's 1989 version of the Batmobile excited audiences who marveled at the vehicle's more stream-lined, modern appearance compared to Adam West's ride in the 1960's television series. From its retractable dual machine guns to its fire-spewing jet engine, much of Burton's Batmobile was functionally built rather than by special effects. (See behind-the-scenes footage). 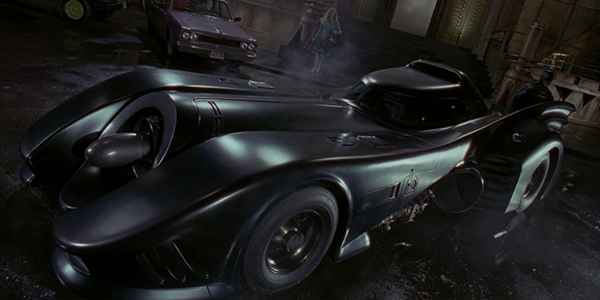 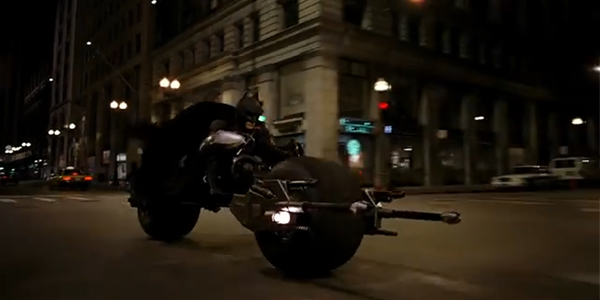 Nolan's Dark Knight dispenses with the revamped Hummer-like Batmobile fairly quickly during the movie. Instead, most of the film's more exciting chase scenes were transferred to the more nimble, but just as deadly, Batcycle. Nolan's decision to scaling down the size of the vehicle allowed you to see more of the hero. Also, it was also given some interesting VFX-created features like that ability of the wheels to rotate along a z-axis allowing it take corners more efficiently. Of course, like Burton's Batmobile, Nolan's Batcycle was also practically built. However, such a jaw-dropping special effect like side-ways rotating wheels could only have been created through the magic of visual effects. It's obvious from these few examples, that the evolution of VFX has giving us the ability to further explore super-heroic powers, weaponry, and gear. It's also clear that many of the same practical techniques like motion capture or prop creation are still used today as a base on which to build more accurate, realistic scenes. This blending of the old and the new is what will help define this period in cinematic technology for future generations, a generation that will likely only know worlds and characters built solely from the digital ground up. What are some other changes from older visual effects techniques you've noticed or find particularly interesting? Let us know by leaving us a comment.