Where Blender Functionality is Better Than Maya's

It's no surprise that Maya is known as the No. 1 3D application in the industry right now, and for good reason too. It's an extremely powerful program that allows you to model, texture, render, run simulations and animate. Blender on the other hand is an underdog and for the most part lives in Maya's shadow. Does that mean Blender is a worse program than Maya? No, not at all. In fact, Blender is more intuitive in some areas. Something you've likely heard time and time again is that it's not about the application, but the artist. That's true, you can likely create the exact same asset, animation or render in either Maya or Blender. However, Blender has some areas that are simply more intuitive than Maya. There are benefits and drawbacks to every 3D application, some do things better than others. Let's take a look at the unique functionality in Blender that might help to speed up your workflow or simply make a task easier. One statement that must be said however, is that Blender is not better than Maya and vice versa, each application can do certain things better than the other.

As a 3D modeler, you'll definitely like this about Blender and it just might free up some of the frustrations you've had when trying to select objects. In order to select edges, vertices or faces you first must set the object to Edit Mode. This is the same as going into Edit Mode by pressing F8 in Maya. The great thing about turning on Edit Mode for an object is that Blender keeps that particular piece of geometry the only thing selectable. If you're not quite sure of what benefit this brings as a modeler, let's look at an example you've probably run into a few times. Let's say you're editing a complex character with a lot of different armor pieces and you're manipulating the vertices on the character's face. You try and select a few vertices next to the ear and you accidentally select the shoulder guard and suddenly you're taken out of edit mode on the face and now you're in object mode with the shoulder guard selected, or you're still in Edit Mode only with the wrong geometry selected. This can start to become a problem, especially when you get into more complex characters or objects where selection becomes an even tougher task because there are so many different elements overlapping with each other. Of course, you can always isolate the objects that you want to work with, but this is an extra task and depending on the scenario, you may want to have all of your objects visible to make the correct adjustments. In Blender, when you're in Edit Mode, you stay in Edit Mode until you go back into Object Mode for that particular object. This can be really helpful when working with a very complex scene. 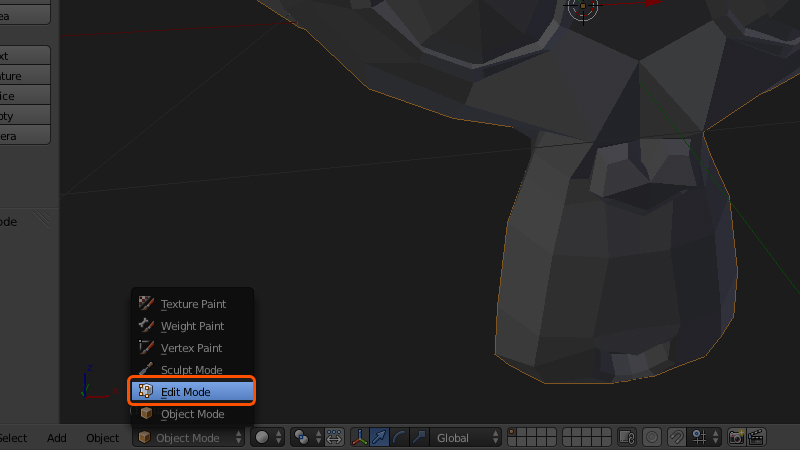 In this previous article, the selection method in Blender was touched upon, how you select objects with the Right Mouse Button (RMB) instead of the Left Mouse Button (LMB) which can definitely be difficult to get use to. However, there's a logical reason for this and it's not there just to slip you up. Selecting with Right Mouse Button is hard to get use to but once you do it's beneficial to your workflow. In Maya, the LMB selects the vertex, edge and face. Basically any selection or movement that needs to be done is achieved with the LMB. Because of this, it can make the selection process much more difficult. For example, say you're trying to select a few vertices in a very small area; this can be nearly impossible because the movement tool is in the way, and if you try to select a vertex you'll accidentally select the move tool and translate those vertices. If there's an area on your model with a lot of vertices then you're going to run into this probably quite often. 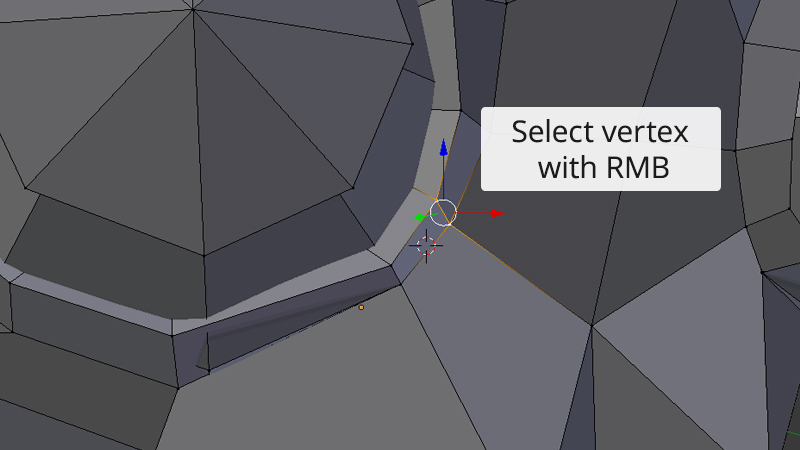 In Blender this doesn't happen because RMB is for selecting components and the LMB is for translating an object. So you can select the object or edges, faces and vertices with the RMB and to manipulate the object you use the Left Mouse Button. This means you don't need to worry about the move tool getting in the way. Making the RMB and the LMB achieve different functions in the application it makes the selection process a whole lot easier.

As you're probably aware, 3D applications are very complex programs, so anytime you can get a little simplicity into the mix it's always a good thing. Blender is able to make the render process just a little bit easier for rendering out an animation or a series of frames. If you've ever tried rendering out an animation in Maya for the first time it's quite the process. First, you need to make sure you have the correct frame/animation extension set or it may not work properly, as well the as the correct camera selected. Your first instinct is to probably search around the render settings for something like "Render Image Sequence" or "Render Animation". However, you'll quickly find out there's no such setting. Instead, you need to make sure you're in the render menu set and there you'll find the Batch Render option which is code for "Render Image Sequence". Having the render animation button in a completely different menu than the render settings can be a bit confusing at first. 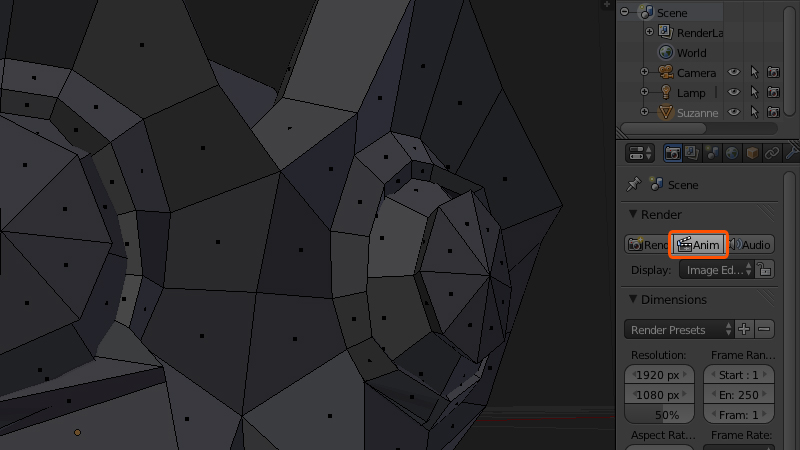 In Blender, to render out an animation it's much easier. In the render settings you have two options: "Render Active Scene" and "Render Anim". Is that not simple or what? It's pretty self-explanatory which button does what. You still have all the options you'd expect, like which frame number to start and end on, resolution, file format, etc. It's just a more logical and easier to understand setup. Both 3D applications are extremely powerful and both have their strong areas. If you haven't used Blender before these are a few areas you might find a little more intuitive and easier to use. Be sure to check out our brand new Blender tutorials and Maya tutorials on the Digital-Tutors Library.