Today, August 25, 2014 marks the 75th anniversary of the U.S.A. theatrical release date for The Wizard of Oz. Although the film technically premiered in several specific locations prior, its first nation-wide release was Friday, August 25, 1939. Today, The Wizard of Oz is seen as one of the most iconic of American cinematic accomplishments both for its story-telling and the technicality of its makeup and special effects design. However, its initial reception was rather lukewarm and the film barely broke even after the first weekend despite being one of MGM's most expensive productions to date. It wouldn't be until subsequent re-releases that its true marketability would be realized. The Oz wouldn't fare much better at the 12th Annual Academy Awards, garnering only two wins (Best Original Score and Best Song) despite being nominated in six categories. It would be Gone With the Wind that would take home "Best Art Direction". 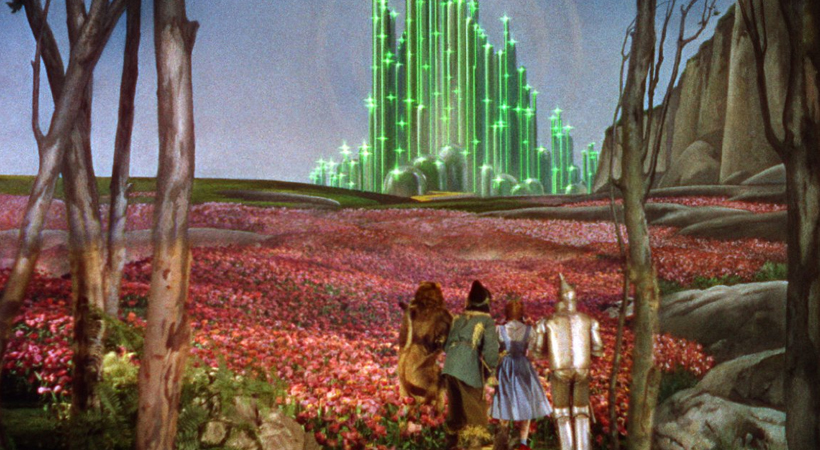 The film's special FX history is almost as captivating as its story: For example, Buddy Ebsen was hospitalized after inhaling the silver paint used to produce the Tin Man's metallic look. And, Margaret Hamilton (The Wicked Witch of the West) reportedly received severe burns after a trap door malfunctioned during her smoke and fire disappearance in the Munchkinland scene. Over 75 years, The Wizard of Oz has reached an almost mythical status with spin offs (The Wiz,  Oz the Great and Powerful) and more cult classic associations like synching the film to Pink Floyd's "The Dark Side of the Moon". However, despite these more mythical elements, the film remains a major accomplishment in VFX production from its flying monkeys on wires to its intricate matte paintings of Oz's landscapes. Help us celebrate The Wizard of Oz's theatrical anniversary by telling us your favorite VFX scene or moment from the movie?