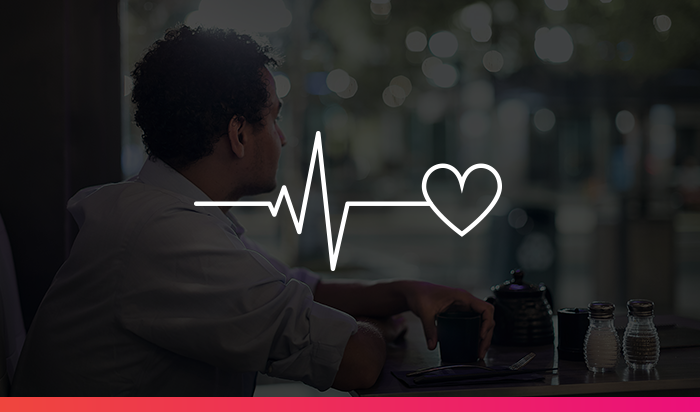 Does Pluralsight Work - From Developer to CTO

A self-proclaimed geek, Mark Ufland knew he was interested in technology from an early age and explored his techie side with programming classes in college. He never lost that yearning for knowledge and it paid off, propelling his …

A self-proclaimed geek, Mark Ufland knew he was interested in technology from an early age and explored his techie side with programming classes in college. He never lost that yearning for knowledge and it paid off, propelling his career from average to outstanding. How did he become the CTO for an exciting startup? Mix two parts hard work and one part Pluralsight.

How it all started

Mark began his tech career in customer service while continuing to learn programming with a night development course. Around 1995, his company invested in PCs, which gave Mark the chance to do development work in Word and Excel. Eager to showcase his new programming skills, he wrote software to automate manual tasks and processes for the business.

Within a few years, Mark was promoted to a developer in the IT department where he began working with Visual Basic 6. When .NET emerged on the scene, Mark was quick to start learning and implementing the new language. As a young tech professional, Mark soon realized what he had to do to succeed in the field.

“At the time, the way IT structures were, there were other developers who were more skilled and ended up doing usually the best projects. So, it was really hard to get onto the more advanced stuff just because of the way projects were allocated. So in the start of the early 2000s I started thinking, well, the only way to get better is to actually just get better,” Mark said.

And that’s when Mark started investing in training.

From computer manuals to Pluralsight

“I started buying various computer manuals, and I don’t know if you’ve seen computer manuals, but they’re usually quite thick and they cost quite a bit of money. But at the time, it was the only way to really go forward and learn new skills. So I started doing that and trying to become a better developer and learn better ways to do development,” Mark said.

Mark was first introduced to online learning when his company got licenses for Skills Port, an organization that took computer manuals and converted them into digital content to be studied online. Not only did working through books online help Mark save money, it also helped him land another promotion, a lead development role. Excited to help progress the company forward, Mark saw the opportunity to move projects from VB.NET to C# .NET and Team Foundation Server.

In 2008, his company sent him to DevWeek London and Mark attended a presentation on WCF hosted by Pluralsight CEO Aaron Skonnard. Interested to hear more, Mark later found the Pluralsight booth and chatted with Aaron about his online training company.

“I went over and had a chat with Aaron and he explained what Pluralsight did. And I was thinking, this is actually quite good. I liked the sound of it. We used to get sent away on courses where we’d sit there for five days, learn Visual Studio, VB or whatever particular technologies, and then come back. Those courses were quite expensive and usually what happened is when you came back from those courses you didn’t use it straightaway and then within three of four months you’d forget the stuff you learned because you’d never had a chance to use it."

"I was thinking, Pluralsight is a really good way of doing it because you can use it when you need it. So, you can watch the course and you may well forget the course, but when you need it you can just go back to do it again,” Mark explained.

Excited by the prospect of a better way to train, Mark went back to his company and persuaded them to get licenses. Since 2008, Mark has been watching Pluralsight videos almost every day.

“Because I got onto that project and started doing the Pluralsight stuff, I gained more knowledge and got better at development. I then started going up the ranks until I was probably the most senior developer there. And Pluralsight kind of helped with that quite a bit,” said Mark.

After reaching the highest development position he could at his company, Mark decided it was time for a change and took on an architectural role in a new organization. Continuing to train with Pluralsight, he expanded his learning to infrastructure, enterprise architecture and more. It wasn’t long before a recruiter sought him out for a CTO position in a startup, an opportunity that Mark couldn’t pass up.

“I am currently at the very beginning of creating an entire IT infrastructure landscape to support a new startup and once again using Pluralsight. I know I’ve improved my career and Pluralsight has come along with me. Every time I’ve needed some knowledge that’s extra, Pluralsight has been there releasing the courses at the same time. It's to the point now where the library has got pretty much everything I need in it, and they’re still releasing new courses I’ll have to watch,” Mark said.

Mark’s new skills have been invaluable. Not only has he reached a prestigious position and the opportunity to greatly influence and help build a startup, but he’s also been able to survive some trying economic times.

“In England and America, since 2008, there’s been a financial crisis. Everything melted down. Loads of people lost their jobs. It was a nightmare, massive recession all over the place. But I didn’t notice any of it because I’d been watching Pluralsight courses. I just improved my jobs and improved my salary while the world was going into a recession. For me, it’s like it really didn’t occur.”

Having a love of programming in a world that relies on computers has definitely put Mark in a fortunate situation. With hard work, passion and Pluralsight, he’s built a career that most young professionals dream of, but that doesn’t mean he’s stopped learning. Even as a CTO, he still makes sure to learn on a daily basis.

Lora Beros is a Branded Content Manager at Pluralsight with a focus on IT ops. Lora is based out of our Utah office, which means she loves to eat, drink and hibernate during the winter. When she’s not writing for Pluralsight she is reading up on tech.