2015: A look back on our big milestones of the year

The dawning of a new year offers us all the chance to do two things. First, it's a chance to reflect on what's happened this past year. It's also a chance to look forward to what we want to do and hope to see in the new year.

They say time flies when you're having fun. While it's hard to believe it's already almost 2016, let's take a few minutes to look back on the year. So kick back, grab a cup of hot coffee and join us as we reminisce on the year gone by before looking ahead.

This past year was a year of significant change for us. We kicked off the new year with a bang, welcoming our friends in Orlando at Code School to the Pluralsight family.

Have you ever just hit a wall when you're working on something? Maybe it's a bug in the code you can't figure out or you're trying to figure out a new solution to your design project.

Yeah, we've all been there.

That's why we were thrilled to bring on some talented folks over at HackHands in July. We're working hard to integrate this awesome technology into the Pluralsight platform. 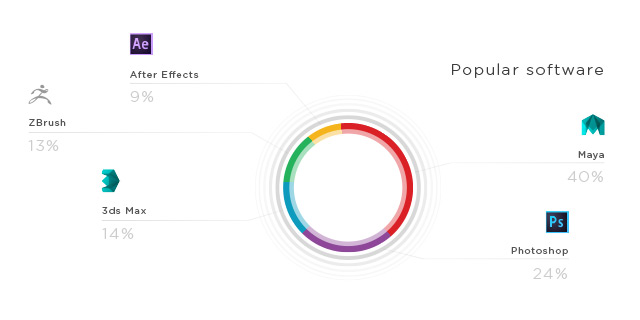 The graphic above shows the most popular creative software as indicated by our users' usage.

With all of this growth, we were honored to be named the second-fastest growing private education company in the U.S. on the Inc.com 500 list.

As the changes of 2015 continued, we realized we're not the same company we were when 2015 began. So it only made sense to update our brand, which we did just a couple months ago.

With everything happening around it, our core focus always remained giving you the best learning experience for tech training available. And of course a huge part of that is the content itself. In fact, our internal production teams ramped up the amount of courses we were able to produce and in 2015 we saw nearly a fifth of the entire library come through.

Over 1,000 new courses were added to our library in the past 12 months.

The top three new courses added to dev, IT and creative were Advanced JavaScript, Ethical Hacking: Understanding Ethical Hacking and Introduction to Maya 2016.

You've probably noticed two of those three are fundamentals. In fact, that percentage stayed consistent as 67% of the top 30 courses spread across dev, IT and creative focused on teaching professionals the fundamentals of a new software or subject. If anything, this indicates professionals are needing to tackle new tools and subjects as challenges cross their paths. 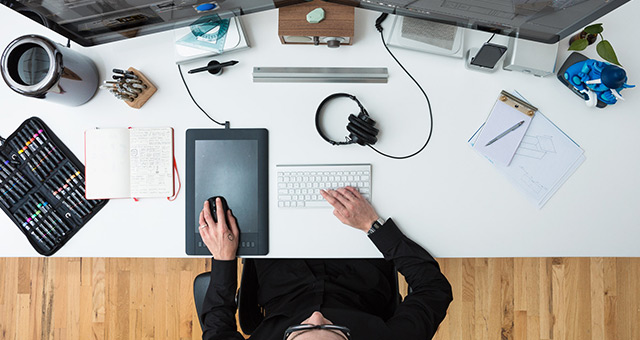 Taking a moment to look holistically at the world of tech, there were a lot of great innovations that happened in 2015.

For consumers, this year saw the Internet of Things took a huge step forward with the release of the Apple Watch. This release being followed by the usual influx of competitors and their own wearables.

If you're developing for these new devices, you've no doubt been affected by wearables this year.

And while it didn't see as much publicity as Apple's wearables, virtualization took a big leap forward in 2015. Software solutions such as Docker made quite the splash this past year as they worked to revolutionize how network infrastructures can stay flexible to handle the increasing demand on resources.

If the events in tech this past year taught us anything, it's that keeping up with the demands of tech today isn't just about stability. Instead, it's more about getting that stability across multiple devices.

In a word, flexibility.

Don't expect things to slow down in 2016, as the number of devices needing internet connectivity are going to increase.

Delivering high quality content that works across a multitude of devices safely and securely will be a huge challenge.

Just as the Apple Watch did with wearables, there's another explosion of devices coming around the corner. As augmented reality devices like Microsoft's HoloLens and virtual reality devices like the Oculus Rift expected are released to consumers, there'll be an even bigger demand for tech and creative professionals.

So now we want to hear from you. What were your big wins in 2015 and what are you looking forward to in the new year? Are there any challenges you're looking to tackle in 2016? Let us know in the comments below!

is the Creative Content Marketing Manager at Pluralsight. With a background in 3D and motion graphics, he's also a Pluralsight author of multiple creative courses. Find him on Twitter @danlefeb.