Ready to dive into the realm of virtualization? Pluralsight's VMware vSphere® 6.5 Foundations path will help you develop the essential skills needed to navigate other VMware tracks, from Data Center Virtualization (DCV) to Desktop and Mobility (DTM), while preparing you for the 2V0-602 exam. ... Read more Read less

No previous experience is needed as this series is introductory.

This series will introduce you to VMware virtualization and help prepare you for the vSphere 6.5 Foundations exam.

Being able to plan the installation of, download, install, and configure ESXi 6.5, vCenter for Windows, and the vCenter Server Appliance (vCSA) are some of the most critical skills that any VMware vSphere admin can obtain. In this course, vSphere 6.5 Foundations: Install and Configure vCenter and ESXi, you'll first walk through that process, step by step. Next, you'll explore best practices based on years of experience. Finally, you'll gain a solid understanding of ESXi and vCenter architecture, vSphere editions, and all the new vSphere 6.5 features. By the end of the course, you'll know everything you need to know for installing and configuring vCenter and ESXi for the vSphere Foundations exam

With storage being a critical foundation for any virtual infrastructure, it's critical that you learn about vSphere storage. In this course, vSphere 6.5 Foundations: Configure vSphere Storage, you'll explore all you vSphere storage options, how they're different, and how to connect them to vSphere. First, you'll learn about iSCSI shared storage. Next, you'll discover how to identify adapters and devices, and how to create NFS shares. Finally, you'll delve into connecting to an iSCSI share, the vSphere iSCSI initiator configuration, and iSCSI use cases. By the end of this course, you'll have a better understanding of vSphere and how it relates to the critical storage infrastructure.

One of the most common tasks that vSphere administrators do on a daily basis is to administer VMware vSphere virtual machines (VMs.) In this course, vSphere 6.5 Foundations: Administer Virtual Machines and vApps, you'll delve into the fundamentals of vSphere virtual machine administration. First, you'll discover why you need to know how to create VMs and control VMs. Then, you'll learn about cloning VMs. Finally, you'll explore why you should create vApps in order to get your company's applications up and running as quickly as possible. By the end of this course, you'll have the necessary knowledge to efficiently administer VMs and vApps to utilize in practice.

VMware vSphere is all about abstracting away physical constructs and pooling resources. However, you can take pooling too far and run out of capacity. In this course, vSphere 6.5 Foundations: Availability and Resource Management, you'll discover how to efficiently administer VMware vSphere 6.5 resources and availability by learning some of the advanced features it has to offer. First, you'll delve into resource management and distributed resource scheduler. Then, you'll explore vSphere availability features like vSphere High Availability (HA), Fault Tolerance (FT). Finally, you'll wrap up by learning about Data Protection. By the end of the course, you'll know everything you need to know for the vSphere Foundations exam.

VMware vSphere is a powerful and advanced virtualization platform for the modern datacenter, but it isn't without its complexities and potential trouble. With so many enterprises virtualizing their most critical applications with vSphere, as a vSphere administrator, you must be prepared. In this course, vSphere 6.5 Foundations: Perform Basic Troubleshooting, you'll learn how to efficiently troubleshoot any potential problems in vSphere when they occur. First, you'll learn how to troubleshoot problems with ESXi and vCenter installation. Next, you'll discover how to use VMware's knowledgeable (KB) system to fix problems with the vSphere environment, like storage and networking. Finally, you'll work with the vSphere Web Client to find misconfigurations and fix issues. By the end of this course, you'll have the knowledge and skill to troubleshoot a variety of problems in vSphere 6.5 with efficiency and confidence.

So many enterprises virtualize their most critical applications with vSphere. VMware vSphere is a powerful and advanced virtualization platform for the modern datacenter, but it still requires a knowledgeable administrator to monitor and configure it in order to prevent and solve problems. In this course, vSphere 6.5 Foundations: Perform Basic Monitoring, you’ll learn how to monitor many aspects of VMware vSphere. First, you’ll explore how to monitor tasks and events, keep track of metrics with performance charts, configure SNMP and STMP, and more. Next, you’ll move onto creating and administering vCenter server alarms. Finally, you’ll learn how to install and configure vRealize Log Insight, and how you can use it to monitor and troubleshoot your vSphere’s infrastructure. By the end of this course, you’ll be able to perform many monitoring functions as an administrator within vSphere.

The pace at which technology is evolving in today's marketplace can be overwhelming. VMware vSphere is no exception to this paradigm. With each new release of vSphere, both major and minor releases, existing features are enhanced, new features are released, and trying to keep up with all of it can be challenging, especially during the major release cycles. In this course, What's New in vSphere 6.5, you'll be introduced and walked through all the major enhancements and features to vSphere. First, you'll learn about the new features in vCenter and VMware HA and DRS, both of which bring major improvements. Next you'll discover what's new and exciting with vSphere Storage, which include enhancements made to vSAN. Finally, you'll learn about what's new with VMware Update Manager and vSphere Security, both bringing long awaited feature requests into fruition. Once you complete the course, you'll be completely up-to-speed on all major features introduced and enhanced in vSphere 6.5.

Ready to dive into the realm of virtualization? Pluralsight's VMware vSphere® 6.5 Foundations path will help you develop the essential skills needed to navigate other VMware tracks, from Data Center Virtualization (DCV) to Desktop and Mobility (DTM), while preparing you for the 2V0-602 exam.

This series will introduce you to VMware virtualization and help prepare you for the vSphere 6.5 Foundations exam.

This path will help prepare you for a certification exam.

No previous experience is needed as this series is introductory. 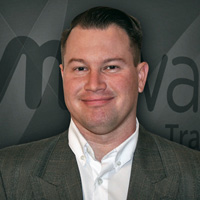 David Davis
David has authored over 50 courses for Pluralsight.com around enterprise data center technologies such as cloud computing, virtualization, and (especially) VMware vSphere. 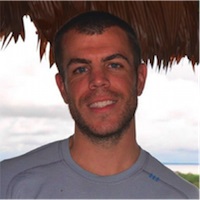 Josh Coen
Josh Coen is a Cloud Architect working for Sirius Computer Solutions, a national systems integrator. Josh has been working in the industry for 15 years, specifically with virtualization and storage technologies since 2006. Josh is a VMware VCDX #129 and holds a BS in Information Technology.