Whether you are creating a character rig for yourself or the animators within your pipeline, you need to take into account some of the important things that go into creating a great character rig. Let's go over five tips that can help you create the best rig possible. 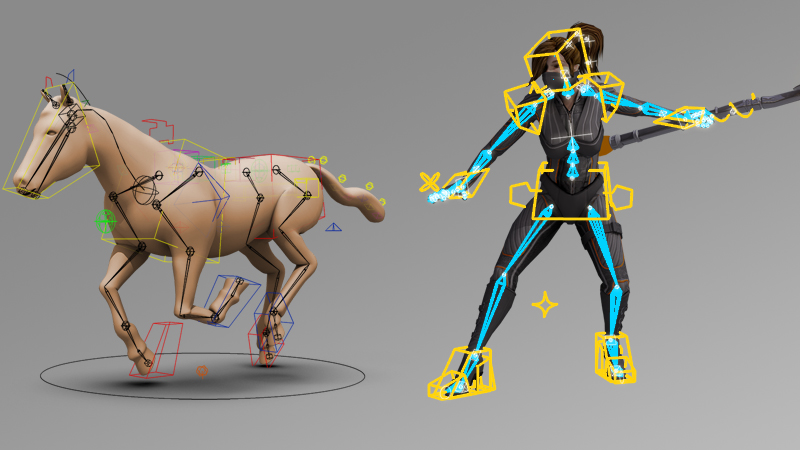 Use the Right Rig for the Job In most cases, character rigs aren't built to make every sort of motion possible. Instead, they are built specifically to be able to perform the actions that the character needs to do. The first thing you should be asking yourself before starting to design the character rig is: What is this particular rig going to be used for? If you're a hobbyist just wanting to create your own rigs to be able to animate, then you need to know what you plan on doing with this character. Do you want a character rig to use in your game? Or do you want to create a rig to use in your very own short film? Maybe this rig isn't going to be a humanoid; you might be creating a creature type rig that walks on all fours. If you are working in a studio, chances are you are aware of the intent of the character rig, but you still need to know what to incorporate into the rig and what can be left out in order to save time. For example, if this rig is going to be used in-game then the level of editability may not need to be as high as something like a short film or movie where the focus isn't going to be on game play, but on animation. When creating a rig for a game it may only need to be used for animating run or walk cycles and might not have any speaking roles. So there is no reason to spend time creating a complex facial rig if there won't be any emphasis on that area. Find out where the most focus needs to be so you aren't spending time on areas that won't ever be animated. After all, time is money. 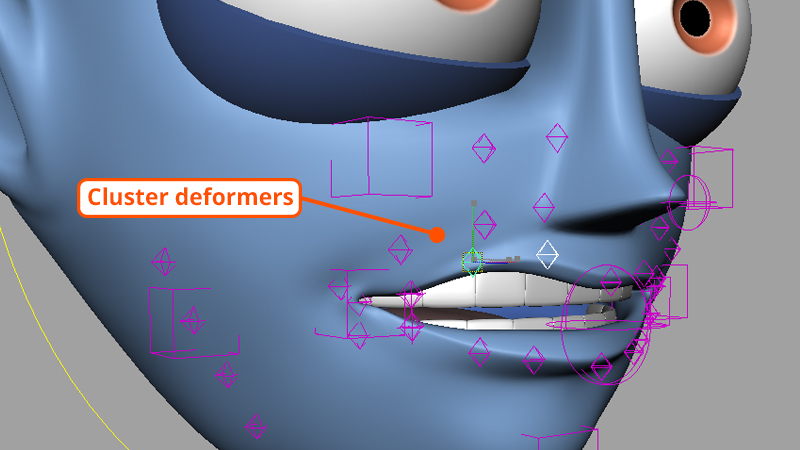 Use Deformers for Facial Rigging Creating a well-crafted facial rig can seem very daunting. That's why knowing the right techniques for creating a flexible facial rig is extremely important.  Deformers are vital tools to create detailed facial controls that can be created relatively quickly, but still have a great level of flexibility. For example, using something like a cluster deformer can be great for creating flexible cheek controls that gives the animator a high level of control. Or a wire deformer to quickly create eyebrow controls. Deformers are a good alternative to creating extra joints within the face for facial rigging because they can be done very quickly. Of course joints will still need to be created for areas like the jaw so it can open and close smoothly, but for detailed areas on the face like cheeks, nose, lips and eyebrows deformers can be utilized. To learn more about deformers check out these in-depth tutorials on facial rigging in Maya, Facial Rigging in 3ds Max and Facial Rigging in CINEMA 4D. Incorporate Both IK and FK Inverse Kinematics, and Forward Kinematics (IK and FK) are both important in your rig. While animators may prefer one over the other, incorporating both systems into your character rig will make it much more user friendly. Having an IK and FK switch in your arms will give the animators the flexibility to use whichever one is best for that particular shot. If you are working on a project with several animators using your rig you never know which system they prefer, so eliminate the chance of having your rig returned to you for further editing by adding both options in. You can also create an IK and FK spine rig or a blend of both together to get more control over the chest movements. An IK and FK spine is a great option for creating very stylized cartoony animations.

Create a Good Control Setup In order for an animator to move the character around, they will need to have access to all the control curves. A proper control setup is vital for creating a rig that is user friendly. NURBS curves are the go-to option for creating control curves because they won't show up during render time. Make sure your control curves are easily accessible to the animator and are color coded. For example, the left foot might have a blue control box whereas the right has a red control box. The same goes with the arms. This helps the animators quickly see what needs to be adjusted especially when dealing with poses where control curves might overlap. For example, if the character's arms are crossed it can be very difficult to determine which control to select for the right arm if both control curves are the same color. This should go without saying, but still needs to be mentioned. Don't forget to name each control curve properly! Having a good naming convention is important when setting up your control curves. You don't want an animator to be lost because the elbow control is titled something like nurbsCircle27. That wouldn't make much sense for the animator. Name it something that anybody can understand and is relative to what it affects. You should also not over populate your rig with too many controls; instead find places where you can incorporate controls into the attribute channel of a curve. For example, if you want to create a squash and stretch control for the head, instead of creating a completely new control curve to place somewhere on the head, create a squash and stretch attribute within the head control. This still gives the animators a good level of flexibility but without too many control curves to keep track of. 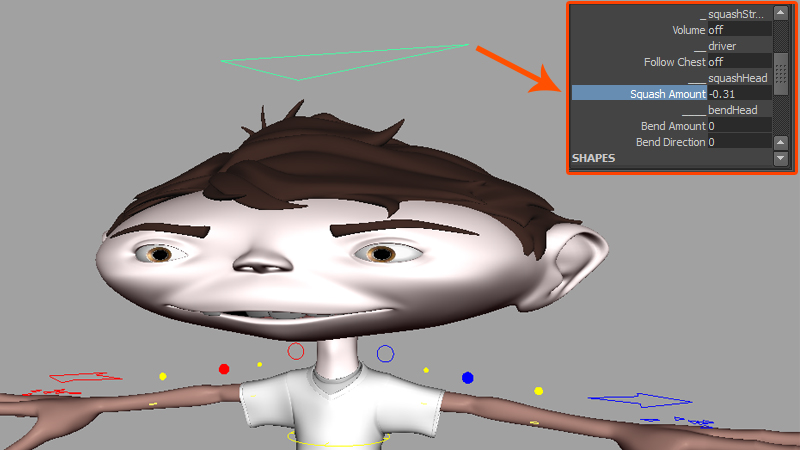 Alternatively you should also be cleaning up the attributes for your controls. If an animator doesn't need to rotate or scale a control, or maybe if they do it could have a negative affect on the rig, then lock it and hide it. That way the animator won't have to worry about it or accidentally do something they didn't intend. Add Special Controls as Needed for Your Rig Depending on what your rig is going to be used for try incorporating those extra controls that can push your rig to the next level. If you are familiar with animation you probably know what is beneficial to add to a rig. Putting in a squash and stretch control for the head or the hips can help with those shots that need a bit more cartoony flair to them. Or even incorporating a shrink and stretch control to the legs can help when creating a more stylized animation, but are also great for reducing knee pops for walk or run cycles. Go one step further, and create a control for the chest that can quickly simulate a character breathing by simply tying an attribute into the existing chest control. If you are not sure what kind of extra things you can add to your rigs, ask some animators. They'll be sure to throw some ideas at you. To learn more about creating flexible rigs check out these great tutorials on Character Rigging in Maya, Character Rigging in 3ds Max and Character Rigging in CINEMA 4D.   While these tips will set you up for success to create your best rig ever, you can keep learning with more 3D rigging tutorials directly from industry professionals. Check out the related tutorials further below and look for more rigging articles right here on Digital-Tutors.