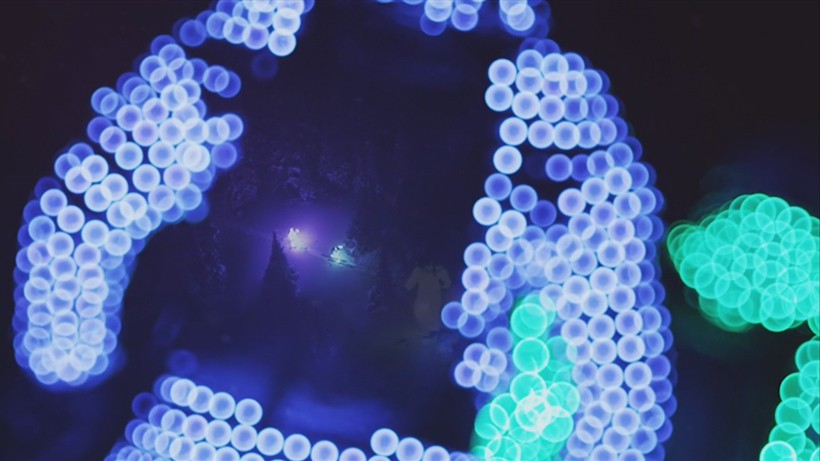 Afterglow Film Hits the Slopes With Impressive Cinematography and Lighting

If you heard someone say, "Hey, check out this awesome ski video!" you more than likely would think you're about to see a YouTube GoPro video of a snowboarder doing a header accompanied with sounds of on-camera laughter. However, the team over at Sweetgrass Productions take their skiing videos a bit more seriously. The video production company produces some pretty high-end short films that resemble something Ron Fricke might make if he were stranded at a ski resort  with an ALEXA camera and some LSD. Which is to say, something quite extraordinary. In fact, Sweetgrass's latest film, Afterglow, could be one of the most complex and most profound productions of a ski film anyone has made to date. Afterglow was shot on location at a resort in the Alaskan wilderness. The 12-minute film was co-directed by Nick Waggoner & Mike Brown and required an incredible amount of preparation, equipment, and intestinal fortitude to pull off. Instead of filming during the day, as most of the films of this genre do, Waggoner, Brown, and crew worked mostly at night. More impressive than than was the fact that they carried several heavy, high-powered lights into the Alaskan wilderness. The team used eight 4,000-watt lights, smaller accent lights, and gels to add contrast and fill. In total, the lighting and filming gear, which included several RED EPIC cameras and an octocopter, weighed 9,000 pounds. They also dressed skiers Pep Fujas and Eric Hjorleifson in light suits that required sewing 7,000 LEDs onto each skier's gear.

Cinematically speaking, lighting such a large area even in the best conditions would be a challenge. However the Sweetgrass team's lighting execution showed a high level of skill and an artistic eye for composition and form. The aerial views provided by the ocotcopter was quite stunning give the great amount of coverage from that distance along with the maneuverability for following the skiers. The combination of colored lights create an incredible amount of luminosity when using the superior reflectivity of the snow, yet the pinks and yellows still retain a softness that echos nicely with the rounded snow banks and loaded tree branches.

To help cover the cost of production Sweetgrass worked with Philips, which underwrote the project to promote its new Ambilight televisions. Ski manufacturer Atomic also signed on to help fund the film. However, it's obvious that Afterglow isn't an ad. Actually, it’s slated to appear in some future film festivals.