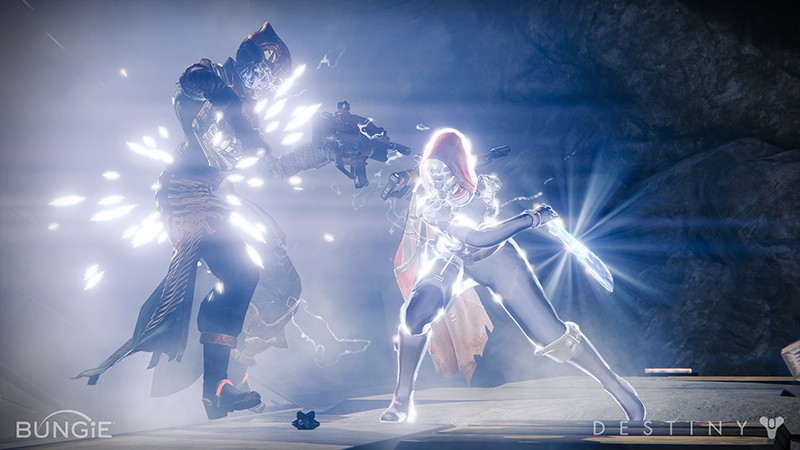 Destiny Beta Back Online For PS4 and Xbox

Bungie's Destiny beta Ps4 version is set to come back online today after a hugely successful weekend and a two day hiatus for maintenance. Hundreds of thousands of PS4 gamers tested out Bungie's work-in-progress prior to its Sept 9th release this fall. According to Bungie The Destiny beta was also made available late last night for Xbox One, over half a day sooner than the previously scheduled 5 p.m. launch today. The game's offline status has given many hardcore gamers some needed sleep and and an opportunity to rest those sore thumbs. To help you prep for Destiny beta's full launch today, we thought we would give our first impressions of the game's visual design and rendering quality so far.

Much has been made recently about the connections between Destiny and the Halo series. These connections extend from their story lines (an inter-galactic-save-planet Earth-plot) to similar characters. The most obvious contender is the floating orb-like Ghost of Destiny and the Oracle of Halo. Given that Bungie is responsible for both series, it seems likely there would be some connections. Not that being connected to one of the most popular IP's of all time would be such a bad thing. Playing Destiny's beta seem to reinforce these connections to Halo specifically from a visual approach. Destiny's broad vistas and settings are the most similar in terms of their visual style. Scenes of mountains and building exteriors are exquisitely rendered. You almost want to jump your character off that cliff-to-nowhere rather than avoid falling to your death just to see what's down in the valley's below. 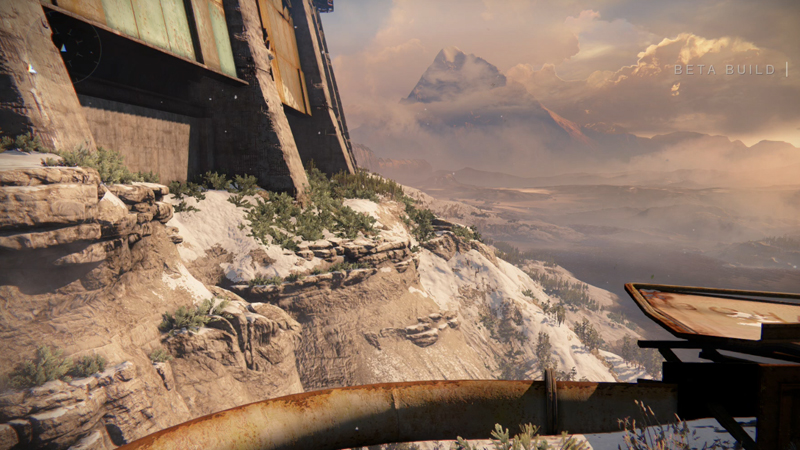 Destiny's smaller courtyard settings include large, dilapidated factory-like complexes along with the seemingly random placements of shipping containers. Outside views contain that Halo-esq, higher-contrast look. Dark shadows from trees, buildings and cars fall upon a bright white bed of snow. Exterior lighting is slightly filtered providing a muted tint to the dominate a palette of earthy tones. Brown and red rusted vehicles, corroding containers, and broken down equipment litter the floor of Destiny's Earth. Add to this the dead yellows of weeds and grass growing in patches and you've got a very somber, yet quite beautiful setting for littering the ground with dead alien bodies. 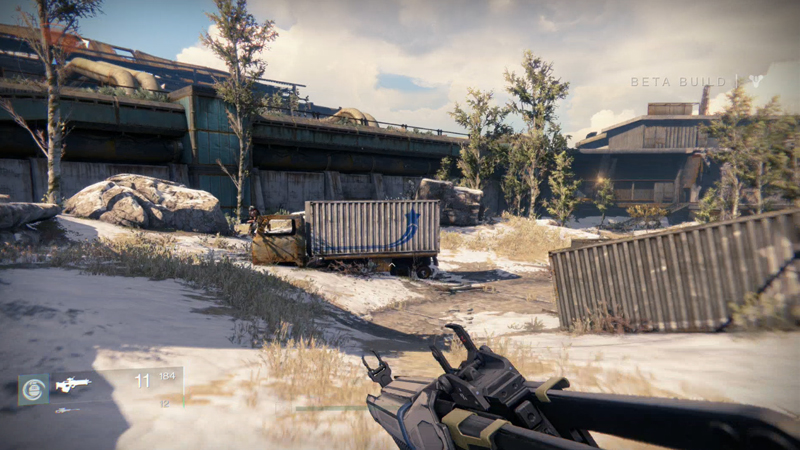 From the perspective of your character's battle view, Bungie has provided some really nice touches of realism that really amp up the presence of being in the suit. Most of us are familiar with the usual blood splatter or water droplets on your HUD that follows from a particularly vicious attack from your enemies. Maybe even a lens flare or two as we look past a light or the sun. These are common elements incorporated by FPS's dev's today in an attempt to create a realistic experience.However, these distracting elements usually go away quickly so that we can resume normal game play. The blood falls off. The water droplets mysteriously vanish. It's apparent from Destiny's game play that Bungie seems to be pushing these immersive elements as far as their render engines will allow. 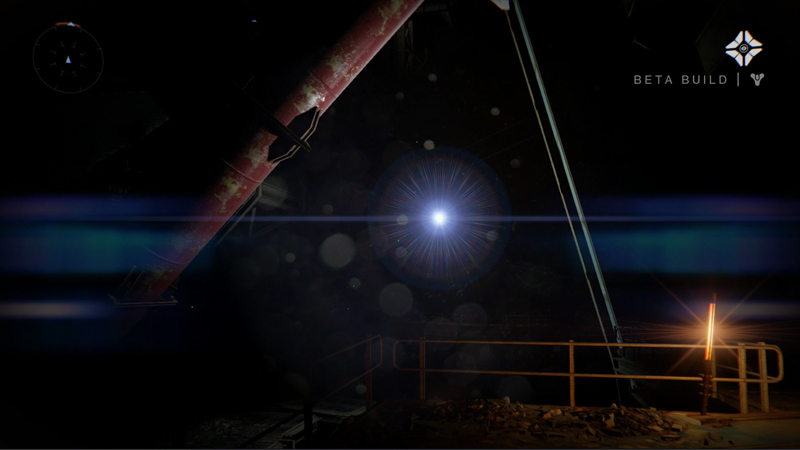 When we played the Destiny beta, there were dust spots, blood splatter, water droplets, lens flares, and helmet flares at almost every point in the game. When you combine this with actual combat, your HUD becomes a  playground of reflected and refracted light patterns. There are constant halos from single source interior lighting that break through a general haze of ammunition smoke. All of this happens while a barrage of brightly colored weapon pulses paint a masterpiece of destruction across your HUD. In short, there's a lot going on inside your helmet. Destiny's HUD design has a familiar bloody outline that darkens your screen and gets larger the more your are injured. However, it also functions to limit your peripheral vision leaving you more vulnerable. The more you're hurt, the more likely you're about to be more hurt. Like the Master Chief, however, your Destiny character regenerates over time and the darkened spots go away. There's little that's innovative about this approach overall, however, Bungie's blood and water droplets refract environmental lighting and color so realistically, that you feel like you need to wipe off your television screen with the front of your Halo shirt. At one point, we noted that our water droplets went out of focus as we took aim with the scope. It's this level of detail that makes a good game a great game. 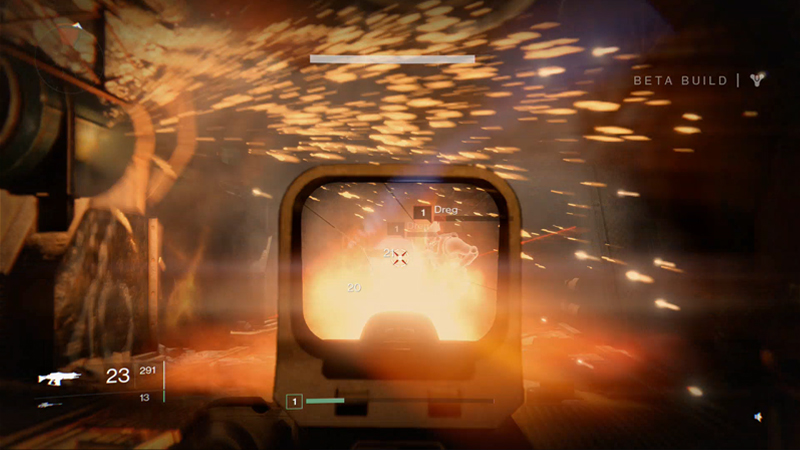 The Destiny beta is schedule to run until July 27th, and we're anxiously awaiting the fully-equipped version later this fall. There are already rumblings about it being a front runner for Game of the Year, and it wouldn't surprise us if all of the rendering and design work Bungie has put into this project doesn't pay off. So whether you're an PS4 or Xbox lover, or both, check out Destiny's beta, again or for the first time, and let us know what you think about its visual design, game play, or what ever strikes your fancy in the comments below.