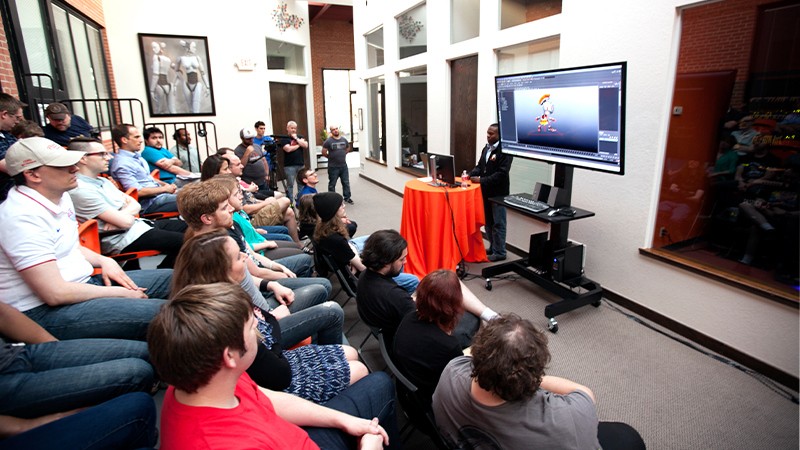 Last week Digital-Tutors hosted the Oklahoma Game Developer's (OKGD) monthly meetup at DT’s headquarters. The meeting made the third time we have hosted the group. Digital-Tutor's instructors, Delano Athias and Joshua Kinney, provided some free tutorials over indie game development. In attendance were approximately 35 passionate programmers and gaming enthusiasts looking to gain some valuable insights from professional game dev's as well as network with others in the field. To begin the night’s discussion, Delano went through some basic animation and rigging techniques using Maya LT and a character asset from Digital-Tutors’ Indie Game Development Pipeline Series called the Ghost Knight. He used Maya LT to demonstrate some basic rigging techniques for the the character in addition to illustrated how to add joints for realistic articulation. Delano also had a lot of practical advice for animating 3D characters as well as some personal insights on approaching animation in general, stressing the importance of the story line for the animation process. “When you animate, don’t think about animating a model, stated Delano, “instead, think of animating as helping to move a story along,” 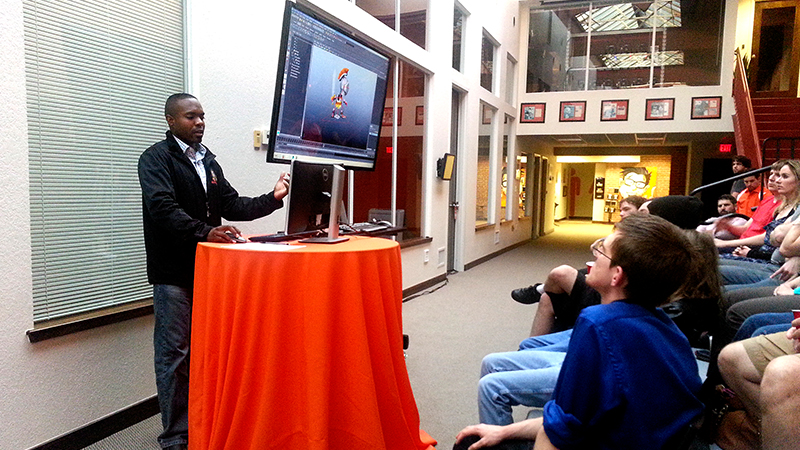 Joshua rounded out the evening's presentation by demonstrating how to bring assets (the Ghost Knight) into the Unity game engine. This included loading both the 3 dimensional model along with the actual animation files that would be used to move the character within the game. The demonstration also included connecting a character correctly to the surface of the game’s simulated ground and orienting it properly. 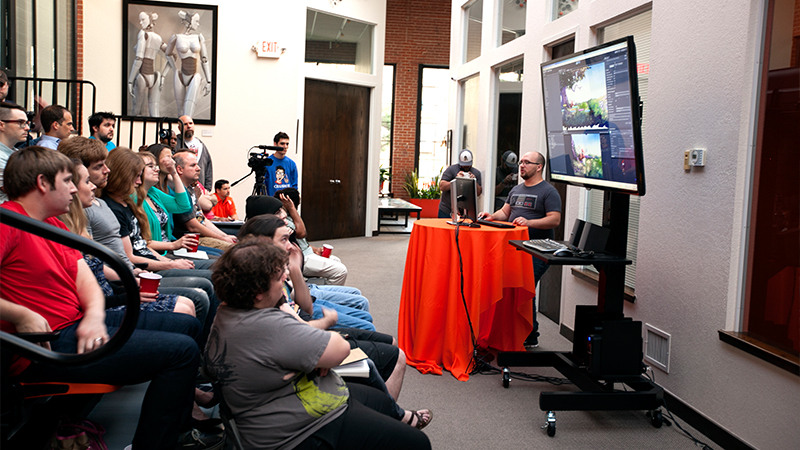 The evening closed with a round of Q & A and finally some OKGD members showing off some of the projects they were currently developing.  Included in these was an infinite runner called "Run, Frosty, Run" that featured multiple snowmen characters who must be carefully guided down a treacherous ski slope-like course. The game was developed by Winter Stories Studios, an indie studio based in Oklahoma. Helping indie developers like Winter Stories is exactly what the OKGD was designed to do. Organizer, James Simpson, said he helped found the OKGD a little over a year ago, and in that short time has seen it grow to over 200 members. Simpson went on to add that most monthly events are attended by around 30-50 members, all sharing their passion for gaming and game development. In addition to the monthly meetings, Simpson said the group has future plans to start a Game Jam contest, which is basically a team challenge to see what dev teams can make the best game in 48 hours. Simpson himself is also a game developer and founding member of Goldfire Studios, a group that focuses on developing social multi-players for tablets and mobile devices, so he knows the passion and dedication it takes to pursue game development—a passion that is also shared by all the Digital-Tutors. So check out the video footage from the tutorials and share in the excitement that only Digital-Tutors can bring to gaming development.

Importing Characters and Animations into Unity