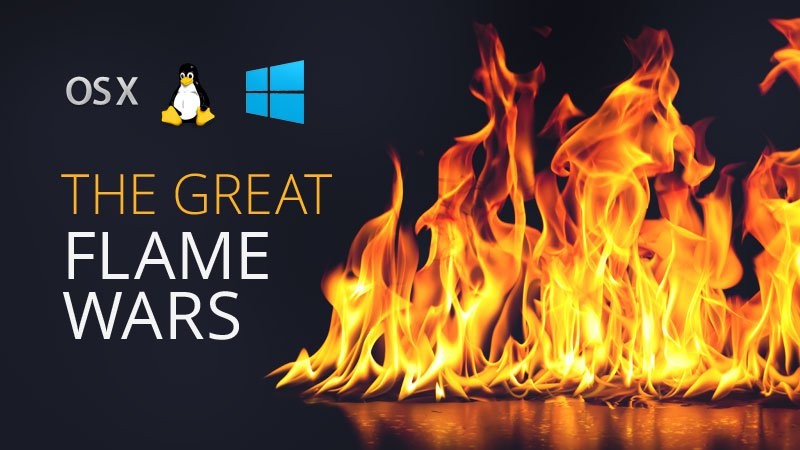 The Great Flame Wars: Mac vs. PC for 3D Artists

When you think about the Mac vs. PC debate, unfortunately one of the first things that comes to mind is probably the flaming that will occur when it's brought up. A lot of that, probably thanks to not only the impassioned opinions of users around the world, but also because of the ad campaigns by the two companies at the heart of the debate, Apple and Microsoft. For example, the popular Get a Mac ad campaign from Apple fanned the internet flame wars between Mac and PC users as it pitted the two against each other. What most ad campaigns don't mention, though, is that Macs actually are PCs. After all, PC is only an acronym that means "personal computer" and has nothing to do with the hardware or software that makes up that personal computer. Still, common perception is that there's a difference between a "Mac" and a "PC". While they may look vastly different on the outside, when you open them up those vast differences start to disappear rather quickly. They're all made up of the same sort of hardware components, made even more similar ever since Apple started transitioning away from proprietary hardware inside of their computers and continues to this day, as evidenced by Apple's recent partnership with IBM. Basically all of this means the primary differences of what's commonly thought of as Macs and PCs isn't really in the hardware, but instead can be found with the software that run on them. In this article we'll take a look at some of key things that you'll need to keep in mind when deciding on a Mac vs PC for 3D.

If you step back and think about how ingrained computers have become in our everyday life, it's sort of strange to think about how there's really only a handful of operating systems at the core of the technology that's running our everyday life. Mobile operating systems aside, the "big three" of computer operating systems that are run on most desktop PCs are, of course, Apple's OS X, Windows and the various Linux distributions. When it comes to a preferred operating system, everyone has an opinion. Although no one can realistically deny the fact that there are pros and cons to each of the "big three", unfortunately when it comes to operating systems many times personal opinions tend to lend themselves towards an "either/or" mentality. As a result, many people will avoid using anything that's outside of their comfort zone. As Ben Franklin's now-famous quote says, "Time is money". Although this may be a bit more literal for 3D artists who are freelancing, you don't have to be a freelancer to recognize that the more efficient you are, the more valuable you are to your employer. The faster you can get work done, the more time you'll have to either move onto the next project or, at the very least, spend more time tweaking and polishing the work. In either case, saving time is a good thing. While the whole Mac vs. PC debate certainly isn't anything new, as a 3D artist it's in your best interest to use whatever tools help you accomplish your projects more efficiently. Your choice of an OS can have a huge impact on that efficiency simply because of the tools that may or may not be available to you. Of course, exactly how an OS can save you time is going to vary depending on what sort of 3D projects you're working on.

Pros and Cons of Macs 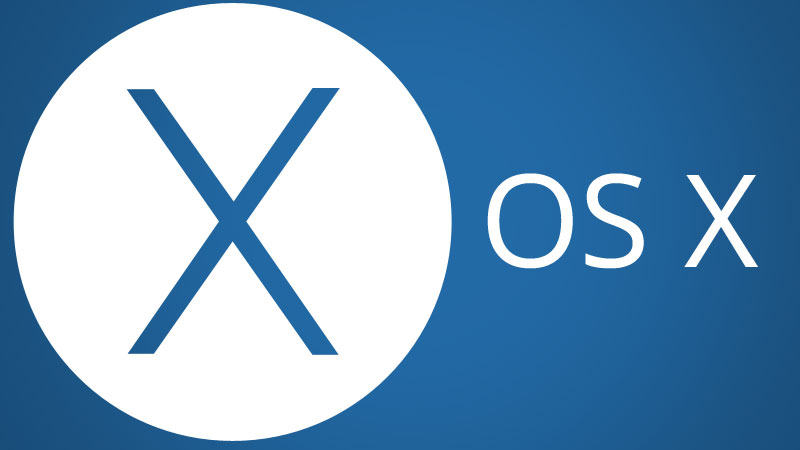 For many years and with the help of numerous ad campaigns, Apple has positioned Macs to be the chosen computer of creative artists. Some of the reasons for this range from great integration with Adobe's suite of software to simple things like being able to tag folders visually with colors. Even though a lot of the benefits for Macs are focused more at designers then being targeted specifically at 3D artists, that doesn't mean 3D artists can't appreciate and take advantage of the visual nature of the beautifully designed interface in OS X. One of the biggest drawbacks to the use of Macs for 3D artists are some of the tools that aren't available with OS X. Perhaps the biggest of these is 3ds Max and, even though it's been given it's end of life, the still-very useful tool Softimage also isn't available for OS X. Even though some programs, like 3ds Max and MotionBuilder, aren't available for Macs, there are plenty of tools like Maya, MODO or CINEMA 4D you use directly inside of OS X. Let's face it, computers are computers. Anyone who tries to tell you that Macs don't have technical problems is wrong. Macs will fail just like any other computer. However, because Apple has locked down the OS X pretty heavily to avoid a lot of extreme customization that can be found in other operating systems, as a result there's naturally a lot less tweaking or optimizing that goes on for Macs. While some consider this to be a drawback of OS X, when looked at in another light the time saved by completely avoiding the need to tweak the hardware and software is a huge pro for OS X. This time saved can then be time spent tweaking your projects. It's worth pointing out that while it can require a lot of technical knowledge (and perhaps some questionable practices) to force OS X onto a non-Mac PC, if you start off with a Mac then you aren't limited to OS X as your operating system. In another move that blurs the line between "Mac" and "PC", Apple's Boot Camp allows you to run Windows on your Mac. This is huge for a 3D artist because it means you'll be able to run Mac hardware while running Windows-only software like 3ds Max. Or, if you're feeling extra ambitious you can even triple-boot Windows, Linux and OS X.

Pros and Cons of Linux-based PCs 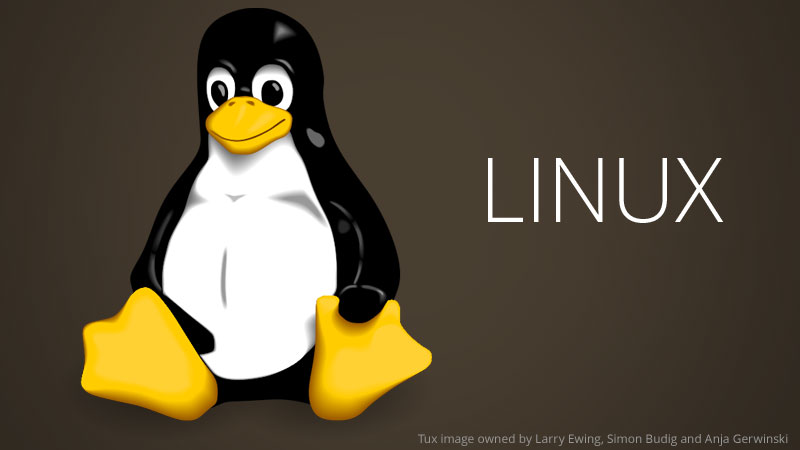 Even though Linux isn't a mainstream operating system, it's actually quite common in the 3D industry. The primary reason for Linux's popularity among studios is because of the fact that most Linux distributions are open source. This sort of customization is a two-edged sword. On one hand, being open source means you can basically do anything you want with Linux. With this customization, you could do anything from helping standard 3D programs run faster by stripping out any extraneous software running in the background to building out your own custom workflows directly into the OS itself. On the other hand, with the possible exception of some of the Linux distributions that are specifically targeted at the masses, like Ubuntu, generally speaking Linux often isn't regarded as a user-friendly operating system. A lot of this has to do with the customization that can be built into Linux. So, while that customization can ultimately save a lot of time, it can also mean either a more difficult initial learning curve or the need to code your customization. Thanks to it's popularity in studios, most of the major 3D applications can be found for Linux. However, there are a few noteable exceptions like 3ds Max and ZBrush. Linux for 3D artists is really best if you're the type of user who loves customization and doesn't mind getting their hands dirty with coding now and again. If you do go with Linux and still find you're wanting to hop into ZBrush to do some sculpting, you can always dual boot Windows on your Linux PC. Although there isn't an official Boot Camp for Linux PCs, there doesn't really need to be. Dual-booting Linux and Windows is done commonly enough to mean there's plenty of walkthroughs and tutorials you can find on the internet to show you how to do it.

Pros and Cons of Windows-based PCs

Love it or hate it, Windows is by far the most popular operating system for desktop computers with a percentage share of about 91% so far in 2014 according to Net Market Share. That means if you're reading this, you've probably either using Windows right now or you've used it before. For 3D artists the popularity of Windows means two very important things. The first is that, thanks to it's popularity, just about every tool you could ever want is available for Windows, including some exclusives like the aforementioned 3ds Max. Simply put, if you want the widest range of tools at your disposal then Windows is the way to go. If Macs are great for anyone who doesn't want to worry about tweaking their systems and Linux systems are great for anyone who wants extreme customization, then Windows-based PCs are a great middle ground between ease of use and customization. The other item of importance that comes out of the popularity of Windows is simply that there's , also thanks to it's popularity, there's a lot of unwanted things that often come with Windows computers. One of the more serious of these unwanted things are viruses or malware. While other operating systems certainly aren't immune to viruses, sometimes despite marketing to the contrary, as Windows is the most popular operating system it also means it's the biggest target for malicious code. Fortunately, you're not the only one in this boat so it's not very hard to keep your Windows computer secure these days, but as a 3D artist, this means you'll likely need some sort of internet security software running at all times. This can take away from processing power for your 3D programs and, depending on the security software you're using, could completely freeze your 3D programs if all of the processing power is being dedicated elsewhere.

As you can imagine, a huge part of what OS you decide to use should rest heavily on the tools that are available to you. To assist with that, here's a table with some of the 3D programs out there and what OS they support. While this list isn't intended to be all-encompassing, you can get a pretty good idea of what tools are available on which operating systems.

Tips for Finding Your Operating System

As with many things, there's no one size fits all OS that will work for every situation. When you're looking for the OS that will help you be as efficient as you can be for your 3D projects, it's important to be able to separate yourself from what you may want and instead focus on what may be best. Once you realize those two things may not be the same, it's a lot easier to look at your options in a more objective light. While there's way too many possible scenarios to talk about here, a common one for many 3D artists is to have a computer that's completely dedicated to 3D work. It doesn't matter if it's a custom-built workstation or a pre-built system, by keeping your work computer separate you can not only free up your 3D computer to be focused only on 3D work but you can also choose an OS that works best for your 3D work. Now that you've had a chance to see some of the pros and cons for each OS, we'd love to hear what OS you've chosen and why you picked it.