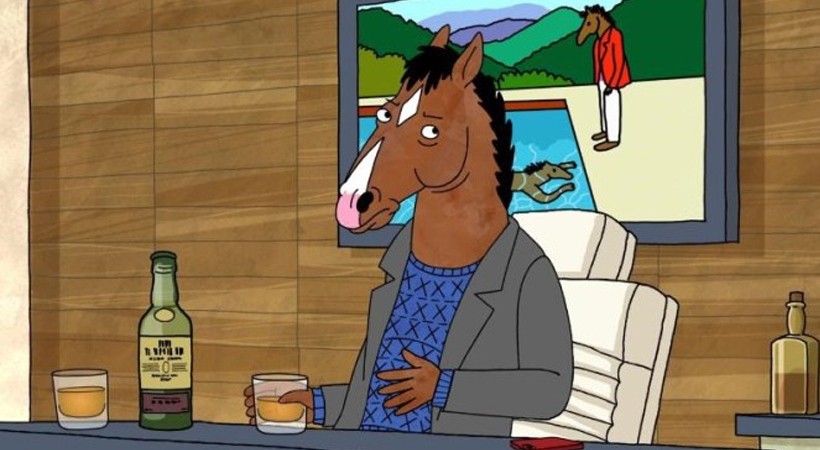 Netflix announced it will picking up its newest animated series, BoJack Horseman for another twelve episodes. The series features Will Arnett as BoJack, a now B-list celebrity from a 90's family sitcom called "Horsin' Around." The equine protagonist is full of self-loathing and denial about his faded stardom and tries to drown his irrelevance in booze and hastily broken affairs. BoJack's private life contains a cadre of misanthropes like Todd, voiced by Aaron Paul (Breaking Bad) who serves as BoJack's couch-camping, moocher sidekick. Then there is Diane Nguyen (Alison Brie) the ghostwriter for the autobiography BoJack hopes will cement his fame for future generations. The series was created by Raphael Bob-Waksberg, designed by Lisa Hanawalt, and animated by ShadowMachine. BoJack Horseman’s renewal joins a growing list of Netflix original series that include Orange Is the New Black, Derek, House of Cards, Lilyhammer, and Hemlock Grove.