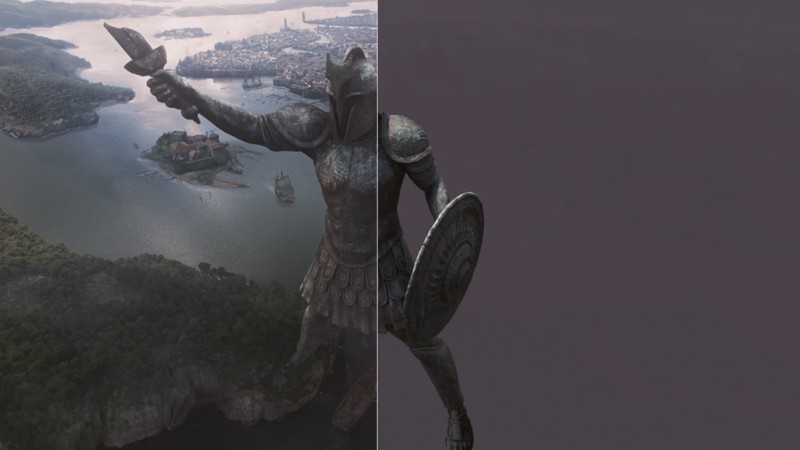 This week saw the latest behind-the-scenes reel for Game of Thrones, which showcases Mackevision's latest contribution to the HBO saga's impressive VFX work. The studio is one of many others who have contributed to the series special effects over the past four seasons. One important motif or reoccurring element for the series is the expansiveness of the story world and the kingdoms of Westeros. Mackevision's VFX work effectively helps strengthen the feeling of living in a complex, larger-than-life world. Much of the reel's footage shows large amounts of work extending plate backgrounds to give the illusion of distant lands, expanding skylines, or water ways. These extensions help balance the larger character images in the foreground. Rather than a sense of being too enclosed, these layers help open up the scene, making it feel less claustrophobic. 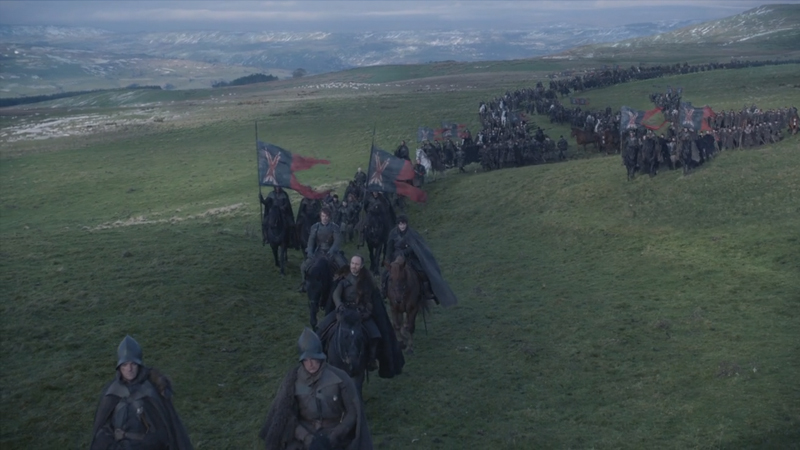 Also, Mackevision's background work helps balance the scene's overall composition. They obviously have a good eye for scaling assets to realistic dimensions, but also in sizing them well in order to balance their masses with midground and foreground elements. The overall effect is a well-composed and open composition. Despite the numerous elements and additions to plates, these elements do not overwhelm the scene, making it seem too busy or overly complicated. Another impressive part of Mackevision's work is the attention to detail they give to fluid and dynamic elements. Their renderings provide realistic ocean wave movements while their smoke and fire are created with just enough movement to allow them to add to the scenes' realism, but not so noticeable as to give the appearance of being computer generated. Also, the team's foliage work is excellent, both in detail and in dynamics. There is enough illusion of their shrubs and trees reacting to wind to suggest an ocean side setting even within the heart of a city. But enough about what we think. Comment below and give us your opinion and observations about Mackevision's VFX work on Game of Thrones.