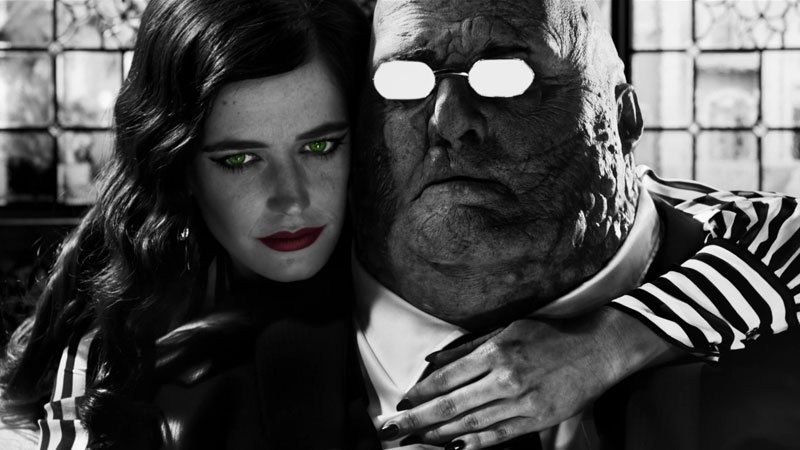 New trailer for the VFX-heavy Sin City: A Dame to Kill For

It's been almost a decade since the last Sin City was released. Fortunately for the actors who have aged since then, Sin City's extreme comic book-inspired stylization and incredible amount of VFX in every shot will certainly help cover a lot of that aging. While most blockbuster movies these days have a number of VFX houses that work on them, Sin City: A Dame to Kill For is being done exclusively by Prime Focus World. In fact, there's over 2,000 VFX shots in the 3D version of the film that Prime Focus World has tackled. While we don't know the running time for the movie because it's not released yet, if A Dame to Kill For is anywhere near the same length as the original Sin City movie that'd mean it's about 120 minutes long. With 2,000 VFX shots that means there's going to be a VFX shot every four seconds in the movie. That's a lot. So for fans like us who were disappointed when A Dame to Kill For was pushed back from it's original release date in October of 2013, based on trailers like the one they've just released it looks like the wait might be worth it. One of the things that we really loved about this trailer in particular is how the stylization is so consistent. For example, as you're watching the trailer below pay close attention to the scene where the car explodes at about 02:07. Notice how the fire is in color but everything around it is still black and white? What you end up with is a black and white car that is reflecting a color fire. It's a really cool effect that is carried out with meticulous detail by the artists over at Prime Focus World.