Final Gather can be found in just about all of the most common render engines and is an essential step in creating realistic renders that closely mimic how light interacts with objects in the real-world. With that in mind, let's go over Final Gather, how it works and where it can be implemented into your next render. What is Final Gather? In the real world a lot of the light that you see is the direct result of indirect illumination (e.g., light that isn't coming directly from a source like a light bulb). This is the light that bounces off other surfaces to illuminate your surroundings. When creating realistic renders whether it be for an interior or visualization, indirect illumination is something you will want to consider using within your scene. Final Gather is a prominent feature in most rendering engines, including the render engine mental ray which is the main rendering engine for Maya, 3ds Max and Softimage. 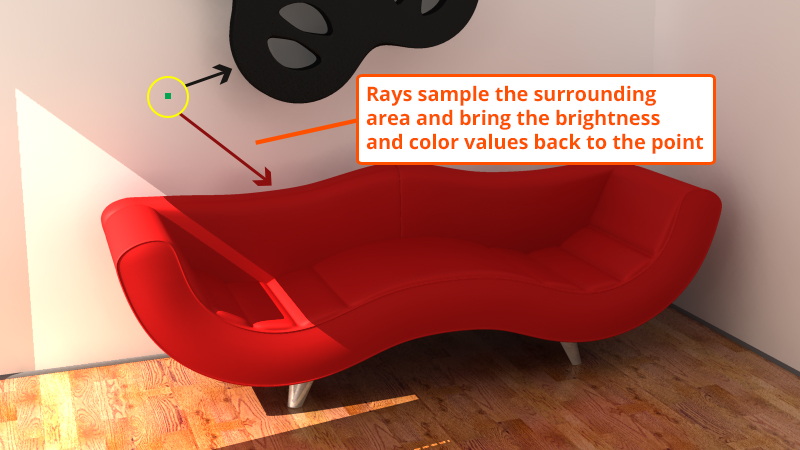 For example, if you look closely at the image above you'll notice that the wall has a slight tint of the red couch that is really the light bouncing off of the red couch and hitting the wall. This type of effect can be simulated using Final Gather. 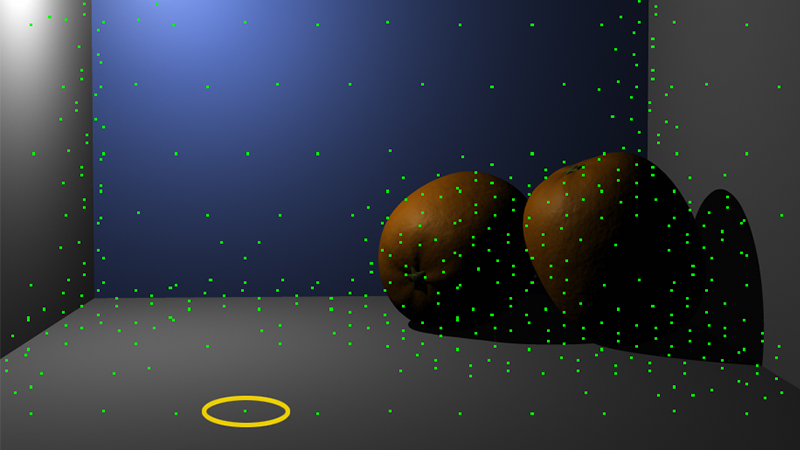 To calculate its results, Final Gather points are cast out onto any surface in the camera view. These points send out rays that sample the brightness and color values of any object they come into contact with, creating the indirect illumination in the scene. Final Gather is an easy way to achieve indirect illumination results for scenes that need accurate lighting, producing nice soft shadows efficiently within the scene and blending the colors together smoothly. 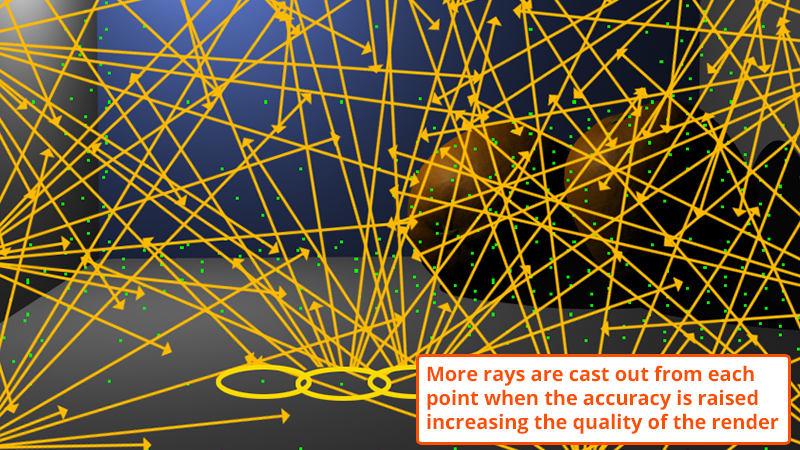 When needing to increase the smoothness and quality of your Final Gather render you can increase the accuracy. By adjusting the accuracy, it either increases or decreases the amount of rays that are being cast out from a single Final Gather point. The higher the amount, the more rays that will be sent out to get information and bring it back to that point. Of course the higher this number is the longer your render time will be. So the key to successfully rendering with Final Gather is often done with a lot of tweaking to try finding that fine line of quality and speed. You can enable the use of Final Gather on only certain objects in your scene. This option is great for fine tuning where your Final Gather occurs, as well as speed up your render time significantly. Since every project is going to have different requirements, it's always a good idea to take a few moments before setting up your renders to determine what your project calls for and if you are able to get away with only having Final Gather on certain objects. A common issue many artists need to overcome when working with Final Gather is, when used with rendering an animation, it can often give the render a strobe like feel to it. This occurs because on each frame any object that moves will mean that a new set of points will need to be cast out and there is no way that each point will be placed in the exact same spot as the frame before. To help avoid this, mental ray has a feature in the Final Gather options called optimize for animations, and this will help to smooth out that problem. You can learn more about optimizing for animations in the Rendering Flicker-Free Final Gather in Maya course. To learn more about Final Gather and indirect lighting and how to implement them in your 3D application of choice here are some resources that will get you started: Mental ray Workflows in Maya: Final Gather Mental ray Workflows in Softimage: Final Gathering Introduction to Rendering in 3ds Max Rendering Interiors in CINEMA 4D